Home Vanderpump Rules REPORT: Bravo Denies Jax Taylor’s Claims Regarding Return of Vanderpump Rules and Supposed Start Date for Filming, Plus Will He Be Excluded From “New Version” of Show?

REPORT: Bravo Denies Jax Taylor’s Claims Regarding Return of Vanderpump Rules and Supposed Start Date for Filming, Plus Will He Be Excluded From “New Version” of Show? 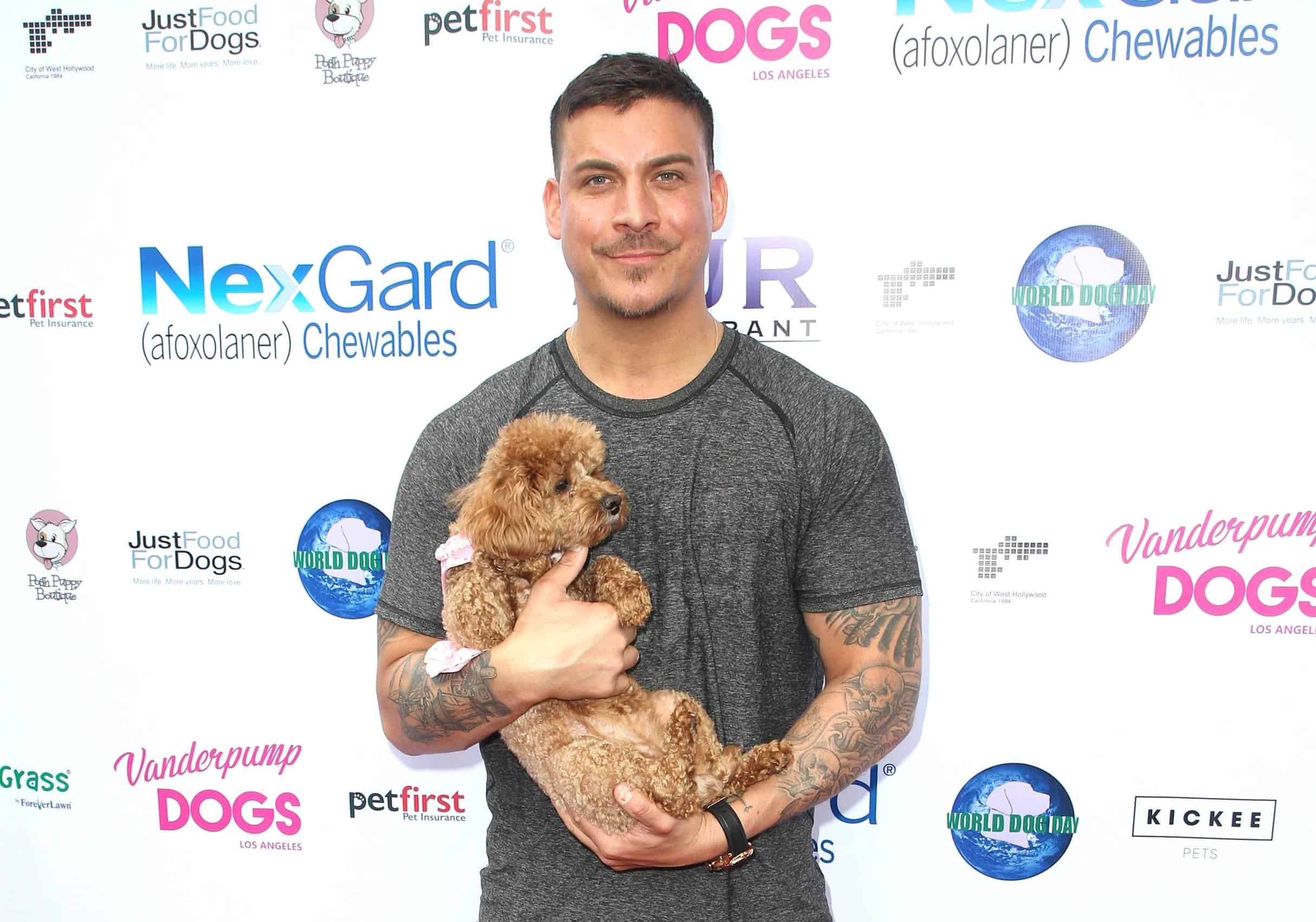 Jax Taylor confirmed the return of Vanderpump Rules on Instagram Live earlier this week, but days later, his claims were denied.

After Jax hosted a question and answer session with his fans and followers and revealed that he and his castmates would be starting production on season nine later this month, an extremely reliable source revealed that Bravo has denied the series’ return and hinted that Jax wouldn’t be seen if the show returns.

“According to Bravo, neither of these things is true,” Variety’s editor-at-large, Kate Aurthur, tweeted on October 6 in response to a post about Jax’s comments, which also noted that he would be part of the new episodes. 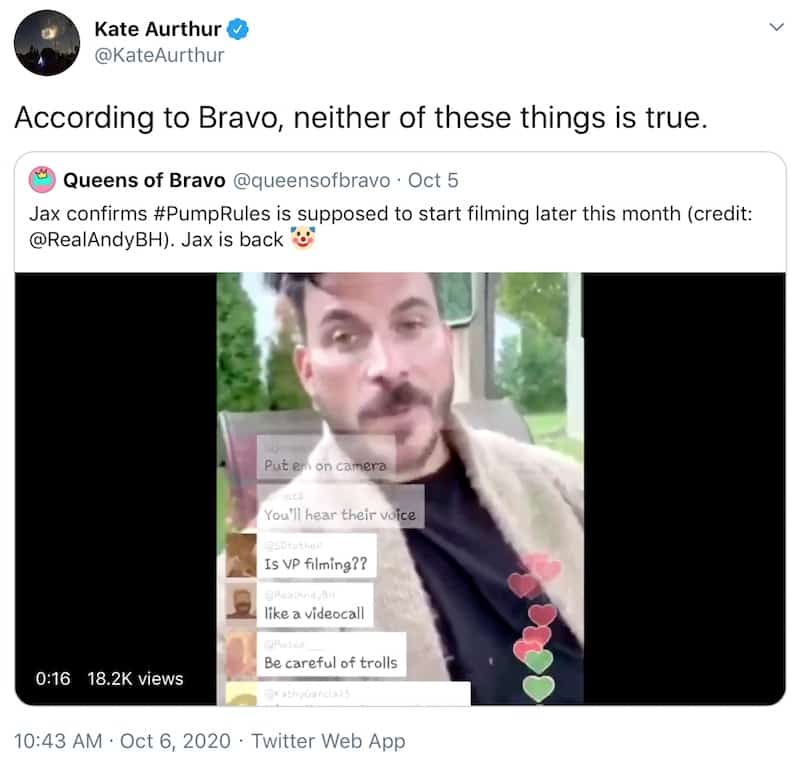 While it is hard to say whether Kate was suggesting that Bravo hinted that Jax would not be “back,” as the tweet claimed, or if she was referring to the two reveals regarding Pump Rules‘ return and production start date, there have been rumblings regarding Jax’s potential firing from the show in recent months.

As fans may recall, many viewers of the Bravo reality series called for Jax to be booted over the seemingly racial comment he made about 90 Day Fiancé star Jay Smith‘s nose earlier this year, and also for allegedly refusing to film with former cast member Billie Lee because she is transgender.

As for who will return to Pump Rules for its potential ninth season, Kate responded to another fan who mentioned Tom Sandoval and Tom Schwartz by confirming the two of them will be seen on “any new version” of the show.

“I was on a Huddls with the Toms in Aug and they also thought filming was to start in Oct,” the fan wrote.

“The Toms may film again sometime! Any new version of the show would include them,” Kate replied. 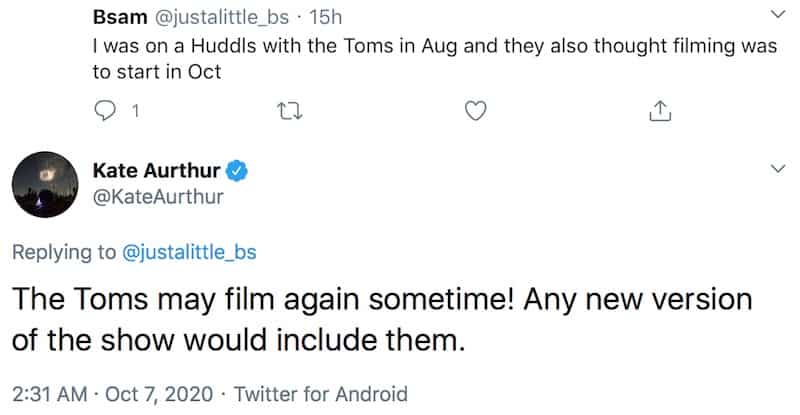 Earlier this month, following the reopening of SUR Restaurant, an insider told The Sun that producers of Pump Rules were hoping to add new cast members to the show before starting production on season nine.

“They haven’t been able to add anyone because of COVID and the subsequent pause on everything. They’d need the other cast to meet those people in person and see their chemistry because that’s so crucial to making the actual show,” the source explained.