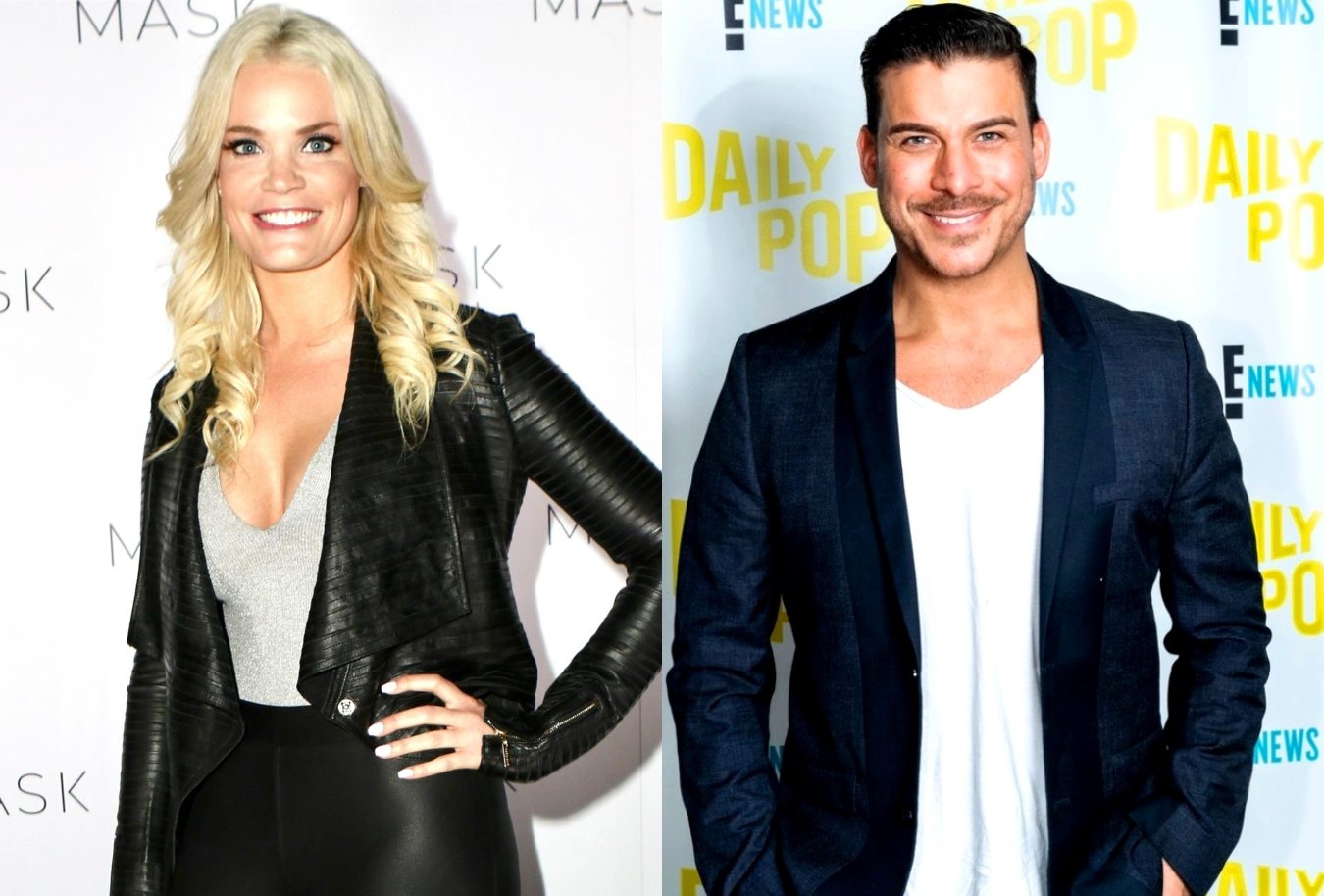 After calling for Jax to be fired from Vanderpump Rules last week due to the comment he made about the size of her husband Jay Smith‘s nose, which she claims his rep has since denied, Ashley posted a cruel message she received from Jax on her Instagram page as Jax’s friend and Pump Rules co-star, Randall Emmett, unfollowed his page.

“Pathetic you are… I know everyone at TLC they all make fun of you.. you are poor white trash.. your daughter is in for a world of hurt cause her moms a complete fool,” Jax reportedly wrote. “Even your dumb friends have messaged me saying you want to be famous and [you’re] not smart.. your own friends I can’t wait to post this,,,,, your own friends call you pathetic as well as the people on the show.”

“Call me when your poor daughter or son. Needs rehab cause there mom is an idiot. And sweetie you have a fuppa,” he added.

Ashley also shared a screenshot of a comment Jax left on a 90 Day Fiancé fan page after learning her husband Jay’s visa had been approved.

“Douche bag!!! Both of these two are idiots. You have a kid for God’s sake,” Jax had written. 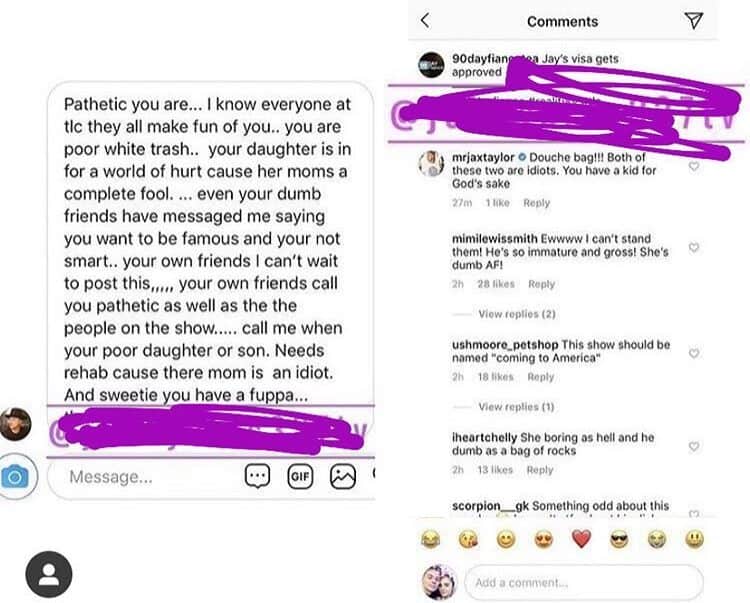 According to Ashley, Jax’s rep is now denying that he ever commented on her husband’s nose, even though she previously shared a screenshot of his message, which mentioned how large Jay’s nose was in comparison to his head.

“So Jax Taylor’s representative says he denies all allegations that he commented the comment I have on my page,” she revealed. “Wow talk about being f**king spit in the face. An apology would have been nice but now he is just denying what we literally just posted the receipts of!!!! Jax you are a real racist lying piece of trash. Let me guess someone hacked out?!? What  f**king joke.” 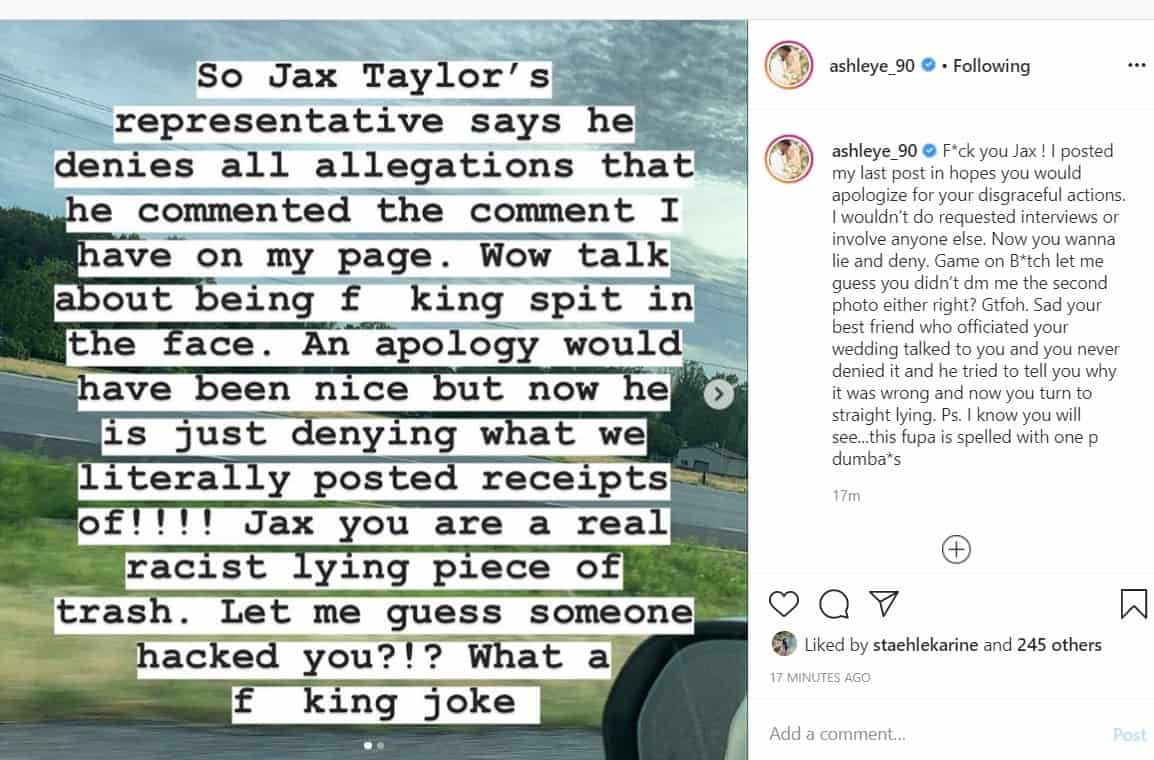 Ashley then pointed out that Jax allegedly decided to lie about his comment about Jay’s nose rather than apologize, even though his former friend, Lance Bass, confirmed on his podcast last week that he had attempted to explain to Jax why his comment was racially insensitive.

“F**k you jax! I posted my last post in hopes you would apologize for your disgraceful actions. I wouldn’t do requested interviews or involve anyone else. Now you wanna lie and deny. Game on B*tch let me guess you didn’t dm me the second photo either right? Gtfoh. Sad your best friend who officiated your wedding talked to you and you never denied it and he tried to tell you why it was wrong and now you turn to straight lying,” Ashley wrote in the caption of her post. “Ps. I know you will see…this fupa is stepping with one p dumb*s.”

In other Pump Rules news, Randall, the fiancé of Lala Kent, appears to be distancing himself from his co-star after years of close friendship. According to a screenshot shared by the CancelJaxTaylor Instagram page, Randall has unfollowed Jax’s page on Instagram. 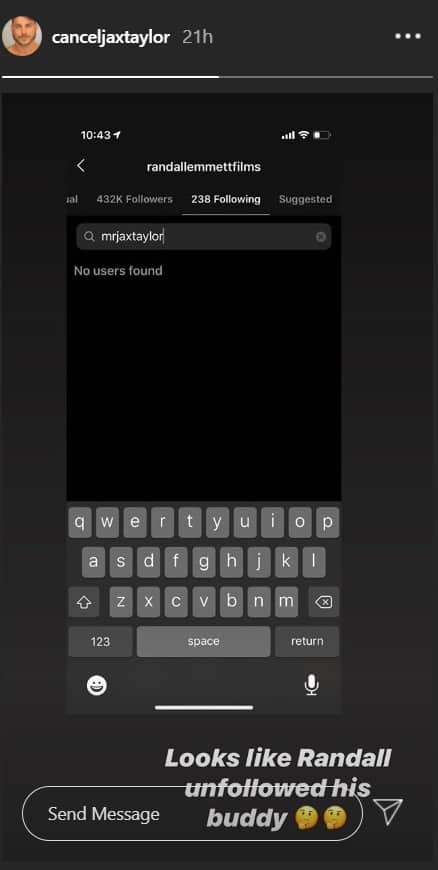 No word yet on when production will begin on the upcoming ninth season of Vanderpump Rules, which will be without Stassi Schroeder, Kristen Doute, Max Boyens, and Brett Caprioni, who were fired last week due to past accusations of racism.