Lance Bass Suggests Jax Taylor Will Be Fired From Vanderpump Rules, Ends Business Relationship With Him and Says He Doesn’t Understand Racism as Jax Responds 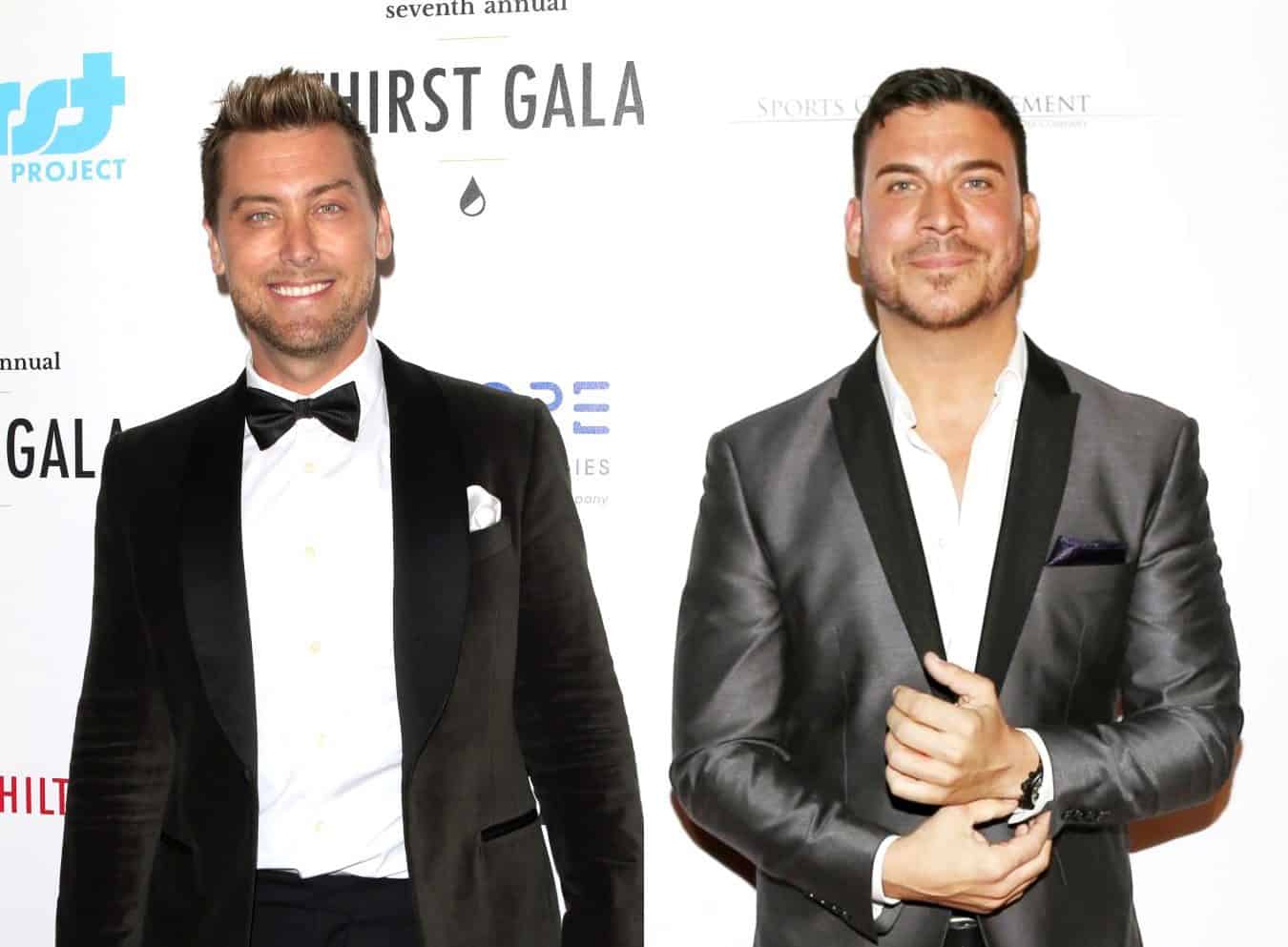 During a recent episode of his podcast, the former NSYNC singer and longtime close friend of Lisa Vanderpump spoke to husband Michael Turchin about the recent firings of Vanderpump Rules cast members by suggesting that Jax would be next to go and that his former friend doesn’t understand racism before claiming to have cut ties with Jax professionally as Jax reacted with a statement of his own.

“I understand what Bravo is doing. They’re draining the swamp and I think it is so necessary to teach a lesson right now. You made the bed. Now you’ve got to lay in it,” Lance said on The Daily Popcast with Lance Bass.

As Pump Rules fans well know, Bravo fired Stassi Schroeder, Kristen Doute, Max Boyens, and Brett Caprioni last Tuesday after Faith Stowers accused the two women of discrimination and revealed they once called the cops on her in an attempt to have her incarcerated for crimes she didn’t commit. Meanwhile, Max and Brett were fired for racist tweets they shared years ago.

Although Jax has not been fired from the show, he too accused Faith of committing crimes in December 2017 and also made a racist statement about the nose of 90 Day Fiancé star Jay Smith in 2018.

“I actually had a conversation with him about this yesterday and I feel like I’m the only person that he actually heard it from. Because he’s like, ‘I don’t understand this big nose thing.’ He’s like, ‘He had a big nose.’ He goes, ‘Jewish people have big noses,’” Lance recalled of his and Jax’s conversation. “Well yeah, you can’t make fun of Jewish people or black people for their nose.”

While Jax acted as if he doesn’t get how his statement about Jay’s nose being “the size of his head” was racially insensitive, Michael believes he should.

“There’s no excuse for that. You know that’s wrong. Every 10-year-old in the country knows that’s wrong,” Michael said, adding that Bravo can’t keep Jax on Pump Rules because he “believes a lot of very ignorant, homophobic things.”

“He will lose out. I do not see Bravo keeping him,” Lance agreed. “I have a feeling soon it’s going to be done because this will get bigger and bigger… It’s going to cost him everything.”

Already, Jax has reportedly lost his sponsorship deal with DIFF Eyewear, along with wife Brittany Cartwright, and according to Lance, he’s also lost his position in their company.

“He’s stepping down from Just Add X, which, we have to. We can’t be involved and associated with any of this going down. We have to do the right thing,” Lance explained.

“You have to stand up for what’s right as a brand,” Michael added.

While Lance and Michael suggested it was their decision to boot Jax from Just Add X, Jax told a different story about the partnership, via his representative.

“Last week the Just Add X website had been hacked, showcasing some hateful slurs, which Jax felt horrible about. In an emotional state, Jax had texted Lance and the Just Add X team offering to step down from the company if that was the direction they wanted to take,” Jax’s rep told E! News in a statement Monday. “The team immediately followed up with a phone call with Lance and the team reassured and fully supported him.”

“It was decided that Jax would continue to stay on the team and that they all had his back given these unpredictable times. The statements from Lance on the podcast today are not only untrue but also extremely confusing and shocking to say the least. Jax is still very much a partner and founder of Just Add X and supports the team and the brand whole-heartedly,” the statement continued.