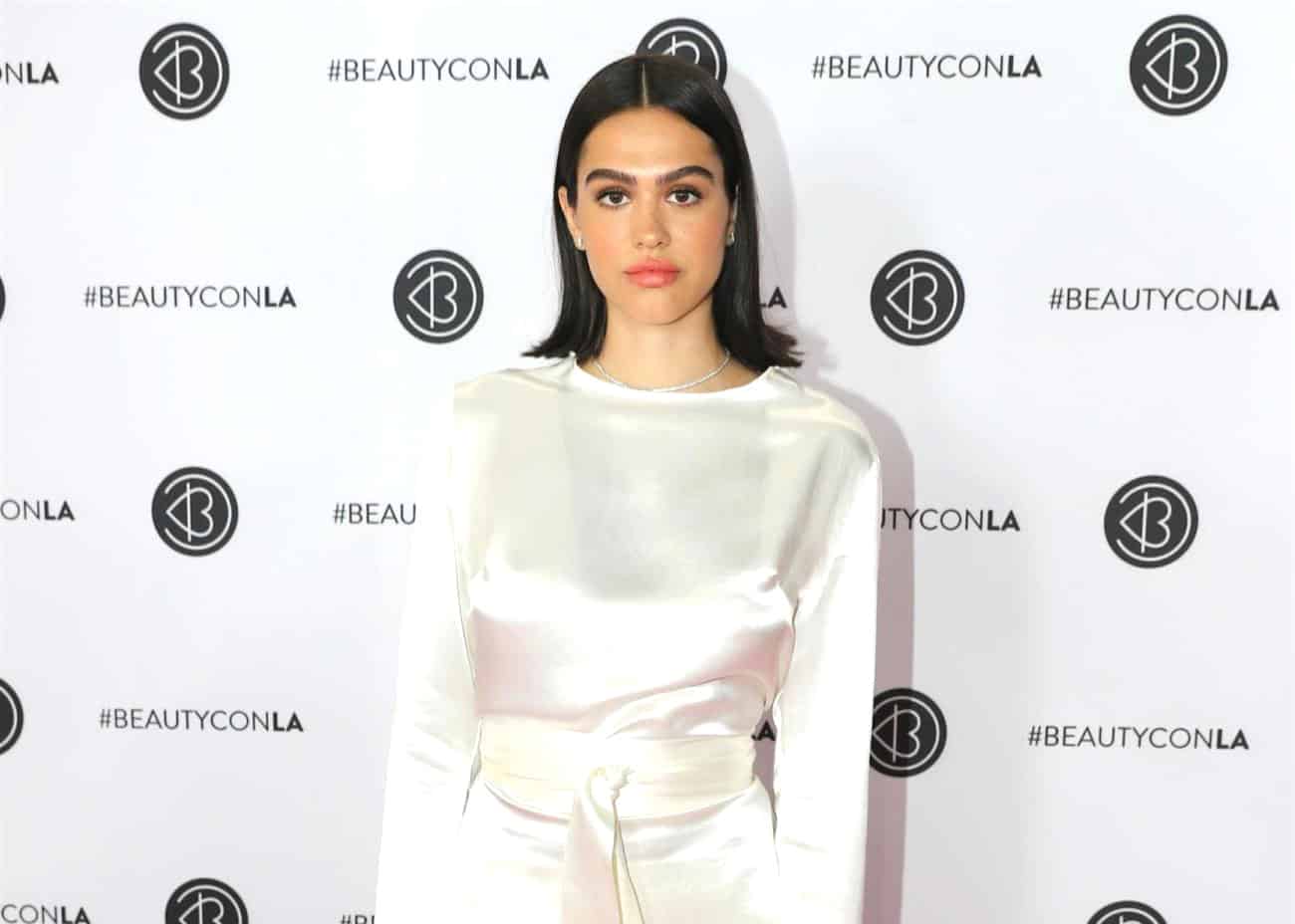 Amelia Hamlin underwent a breast reduction surgery three years ago after a bad fall at a party left her with a serious nipple infection.

During a recent podcast appearance, the 19-year-old model daughter of Real Housewives of Beverly Hills cast member Lisa Rinna looked back on a wild trip to Coachella before opening up about the dire situation she found herself in before choosing to have the operation.

“I was at Coachella one year and I had a nipple piercing. I was living my best life with my friends and there is a balcony without a railing. And I really want this fried chicken sandwich that’s being passed around. I’m going to grab the fried chicken sandwich and someone pushes me. I’m high up and there’s nothing to stop or save me. So my leg falls into a crack and my nipple piercing gets caught,” Amelia recalled on The Skinny Confidential Him & Her podcast.

After falling ill after the incident, Amelia was forced to attend school by her mother, who wasn’t buying that something was truly wrong with her. Then, after nearly fainting in class and coming down with a 104-degree fever, she noticed her left breast was extremely swollen.

Mastitis is defined as an inflammation in the breast that is typically caused by an infection.

According to Amelia, her consumption of eggs was leading her to get strep in different parts of her body. And, after developing the infection in her breast, she nearly went into sepsis.

“My doctor told me I was going to die in 12 hours,” she explained of her brush with the life-threatening condition.

“The nipple piercing being pulled caused a small abrasion in my body,” Amelia continued. “I already had the strep living in my system and then it went to that part of my body because it was an open wound.”

As for her decision to undergo a breast reduction surgery, Amelia, who has recently been linked to Keeping Up With the Kardashians cast member Scott Disick, said she was left with no choice but to go under the knife after the swelling from her infection failed to go down naturally.

“I’ve never talked about this but I had to fully get surgery. I had to get a breast reduction,” she confirmed, adding that her mom was “gonna kill” her for publicizing the issue.

“It made my boobs so uneven. It was like, ‘Oh, my god, am I really gonna have to live the rest of my life with my left boob significantly larger than my right boob?’ And I was like, ‘No,’” she added.