Brandi Glanville Feuds With RHOSLC Star Jen Shah After Slamming Jen and Lisa Barlow as “Fakest B–ches” on Show: “I Have My F–king Opinions!”, Jen Claps Back 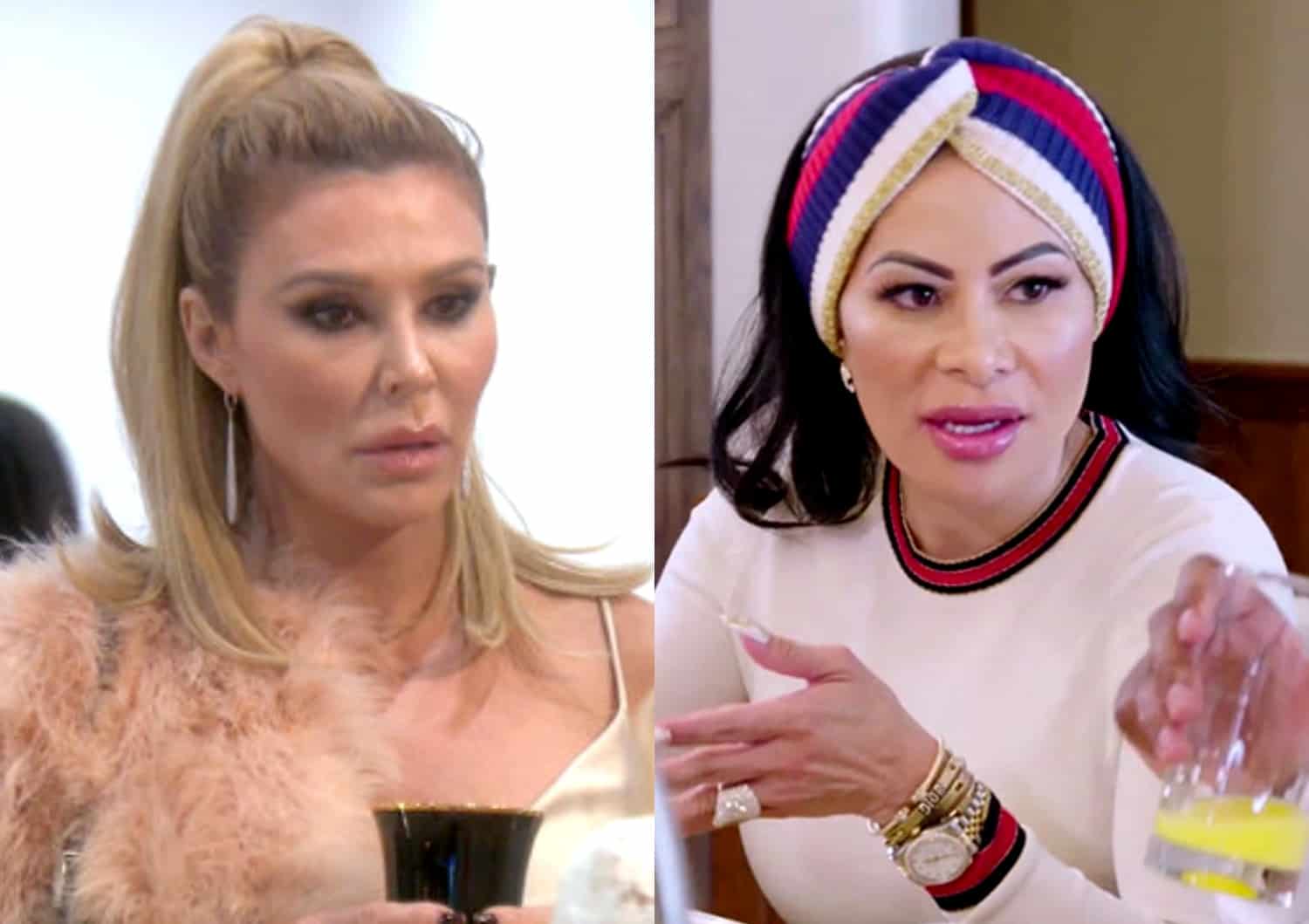 Although Brandi didn’t name names, Lisa has been featured on the show as loving her Sonic Diet Coke (and Taco Bell, of course), and Jen has made waves as being, well, a little extra, taking her “Shah Squad” to task for some elaborate looks.

“This is my opinion, I would rather hang out with all the rest of them thus far any day all day. I could give an actual f–k if you choose to agree or disagree,” she went on. “I have bigger fish to fry good night and good luck.”

“I have my f–king opinions as the rest of you have yours There’s nothing wrong or right about an opinion as they are SUBJECTIVE to who you are and how you read people,” she continued, defending her thoughts on the matter.

Brandi then went on to take more jabs at the RHOSLC housewives — although it wasn’t exactly clear who she was talking about here.

“Gals go on housewives 80% of the time to showcase their bad marriages to get out of them,” she wrote. “Check the stats – i’m f–king out I think I’ve dropped enough truth for the evening ✌️[.]”

The former RHOBH star then responded to a Twitter user who jumped in to say that they thought women went on Housewives to “hawk their business.”

“They didn’t have businesses before RH they created businesses on the show to get away from their ‘husbands,'” Brandi responded.

Jen wasted no time in clapping back at Brandi for her comments. She re-posted an Instagram Story from That Bravo Life, who also called out Brandi’s ways.

“I know Brandi, the biggest trainwreck and woman with the least class to ever be allowed on housewives, is not coming for my queens!” the account wrote, citing Brandi’s tweets.

Jen then added stickers of herself, Lisa, and an angry Chihuahua, implying a hilarious, angry comeback to the former diamond-holder. 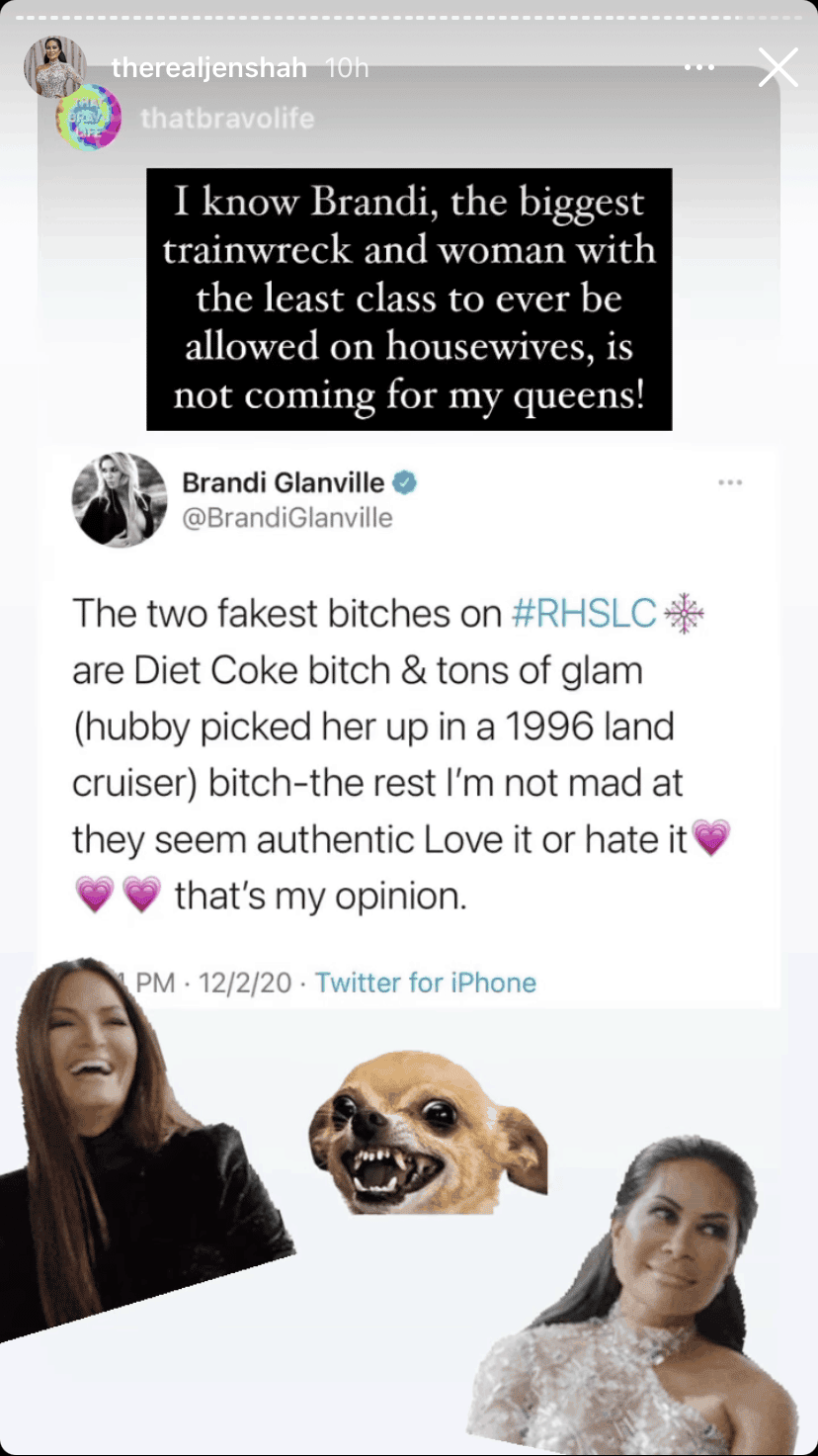