Home Below Deck Below Deck Recap: Rachel Returns and Rob is the New Deckhand! Plus, Will Elizabeth Make it to the End?

Below Deck Recap: Rachel Returns and Rob is the New Deckhand! Plus, Will Elizabeth Make it to the End? 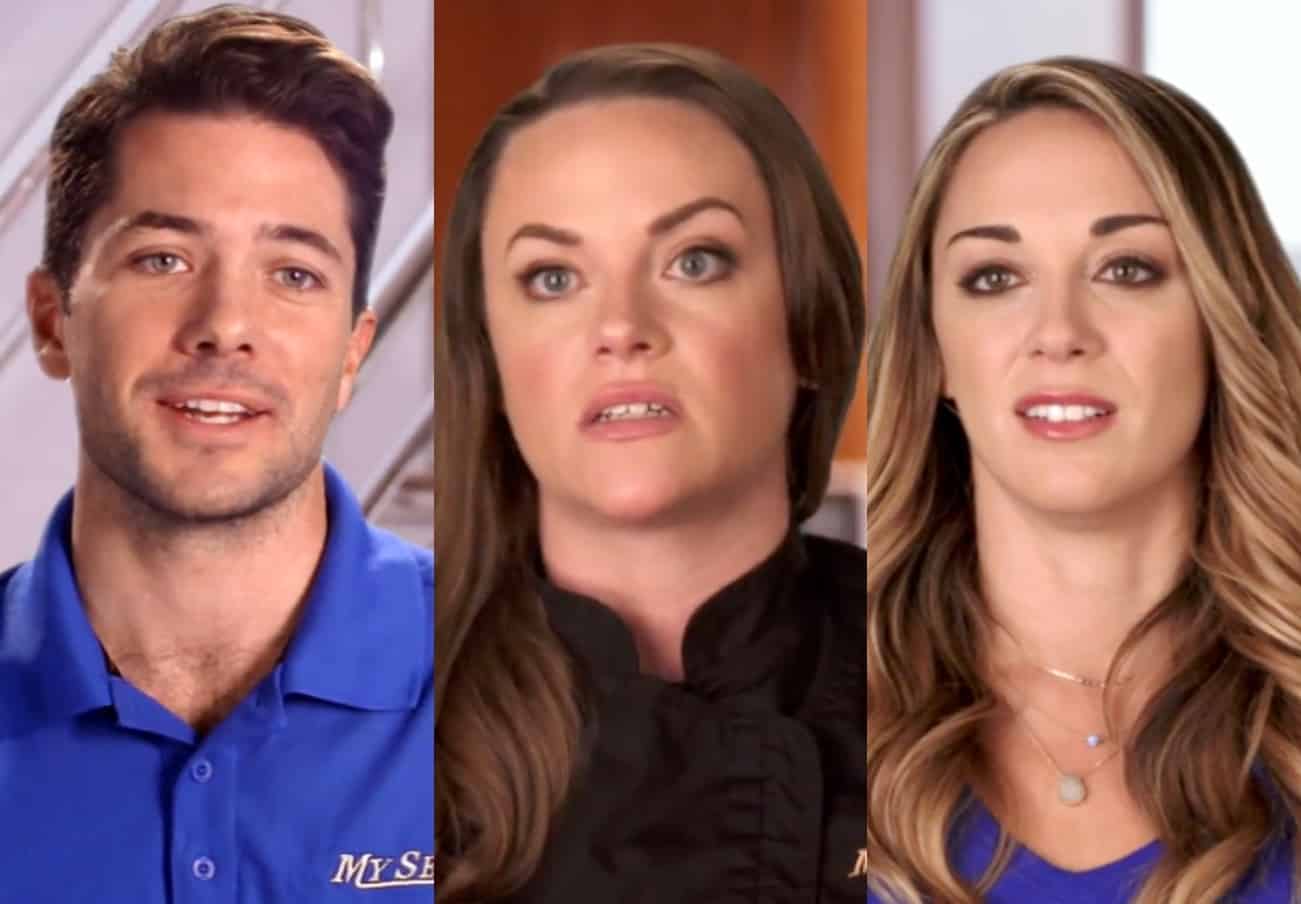 On this episode of Below Deck, it seems like this charter is over before it has even gotten started. No chef. Down a deckhand. This yacht is an absolute sh*t show.

Captain Lee is doing his best to hold it together and find solutions to the many problems. The very demanding guests are going to be rolling up in a few hours and Captain Lee is desperate for a chef who can keep up with their high demands. On top of that, they are also in need of a deckhand…and mid-season pickings are SLIM.

Luckily, Rob joins the crew as the new deckhand. He “claims” he is experienced, but that’s to be determined since that’s what they allllll say. Eddie seems pumped to have ANYONE besides Shane, so I guess things are looking up.

At 9:33 in the morning, Rachel crawls back on deck and apologizes to Captain Lee for her unprofessional behavior. I am stunned at her boldness! Rachel clarifies that she meant no disrespect to the captain, but he just sits there and basically has her get down on her knees to get the job back. Because he is stuck and really needs a chef, Captain Lee knows “this is the only play” he’s got. Rachel is back. Just in the nick of time.

Even though Rachel has smoothed things over with Captain Lee, Francesca is still p*ssed at her. In fact, it seems as though Francesca is still annoyed by the majority of the females on board…minus Ashling, her perfect stew. Things are still brewing between Francesca and Elizabeth, and it’s evident that Francesca is looking for some big improvements from Elizabeth.

We learn a little about the new deckhand, Rob, who is an “exploration geologist.” W…T…F. He looks for gold and uses yachting as his fallback plan. “I come from a long line of pirates and hookers,” and he seems like a colorful character, to say the least.

Rachel is grossly underprepared for the upcoming charter, but it’s her own damn fault. Maybe if she wasn’t throwing a hissy fit, she could have figured out what she was making for these over-the-top guests. In the meantime, Francesca stresses organization with her stews, but she focuses her attention on Elizabeth. She is all over Elizabeth and is threatening her second stew position, again.

These guests are HIGH MAINTENANCE. I mean, where does one even FIND a popsicle suit like that?! “They’re like little gay teddy bears,” –Izzy. They cheer about everything, but something tells me that they will also complain about everything. So far, they LOVE the service, and the primary guest, Bryan, with a Y, is smiling from ear to ear. So far, so good.

Ugh. Not quite sure I am ready to relive the start of this pandemic, although it’s a new angle watching this crew get drips and drabs of info about COVID. Side note: Eddie’s Trump impression was everything!

It’s Mardi Gras night, ya’ll! It’s also eight-course-tasting-menu night. The two OBVIOUSLY go hand in hand. Rachel is working hard to prove that she deserves to be there, mainly because she knows Captain Lee is watching her like a hawk. Luckily, Rachel is KILLING it. Each course is better than the next and the guests are literally cheering when she brings out the dessert. Welcome back, Rachel!

This is the second time Francesca walks in on Elizabeth talking sh*t. Doesn’t Elizabeth know how to whisper and doesn’t she know that she’s already walking on thin ice with Francesca?! Why chance anything by further annoying her?! Francesca is displeased that everyone is talking about her behind her back. Elizabeth tries to make it seem innocent, and in reality, she really WAS just saying how she was feeling about Francesca. No harm in that, right?

Elizabeth is hyper-aware that “things with Francesca are not good right now.” Maybe if Elizabeth actually worked a smidge, things would be getting better. Or shorten her morning meditations… Just saying. The problem is that a million little mistakes add up and Francesca is losing her patience.

Oh boy — slide problems. Does this slide ever blow up without causing a disaster?! Captain Lee realizes there’s an issue and sees that the slide is a total mess. In his words, it’s “the epitome of a sh*t sandwich.” Oh, Captain Lee. He knows that the goons that call themselves deckhands have royally f*cked up the slide installation. He gives pointers to Eddie, who is in the water, and he tries to right the wrong, but Captain Lee knows if he wants the job done right, he better do it himself.

Cue Captain Lee and his Spider-Man moves. He clings to the side of the yacht, evidently forgetting about his broken ribs, just to correct the slide problem! I know things have been bad lately, but jumping ship?! Don’t do it, Captain! Because he is the man, Captain Lee fixes the slide and shows the world what a bad a*s he really is.

“If someone’s gonna set my table, I want it to be Francesca.” Rob went from zero to creep in like 10 seconds! He just got on this boat, but he wastes no time trying to hit on Francesca. Gross.

Uh-oh, an impending beach party means one thing: disaster. Especially because Francesca put Elizabeth in charge. It’s almost as if Francesca WANTS Elizabeth to fail and is standing by, hoping for it! Luckily, Elizabeth has her smoky quartz crystal to help keep away negative energy! Too bad Elizabeth did not pack enough champagne for the guests. Francesca’s gonna eat this up! I am trying to root for Elizabeth, but she keeps making mistakes!

Eddie swoops in and delivers more champagne to the beach, but Francesca has caught wind of the situation and she is less than happy. Francesca shares her frustrations with Captain Lee (again), and she explains that with Elizabeth, it’s like “one step forward and two steps back.”

When Captain Lee says Elizabeth COULD be replaced, Francesca’s face lights up like a Christmas tree. Kinda wanna wipe off her smirk. Yes, Elizabeth is clueless. But the grass isn’t always greener on the other side. Who knows what kind of stew will wind up on the yacht mid-season?! And is that a chance this crew should be willing to take???