Home Real Housewives of Orange County News RHOC Recap: Shannon Tries to Save Her Relationship, Plus is Braunwyn on the Brink of Divorce?

RHOC Recap: Shannon Tries to Save Her Relationship, Plus is Braunwyn on the Brink of Divorce? 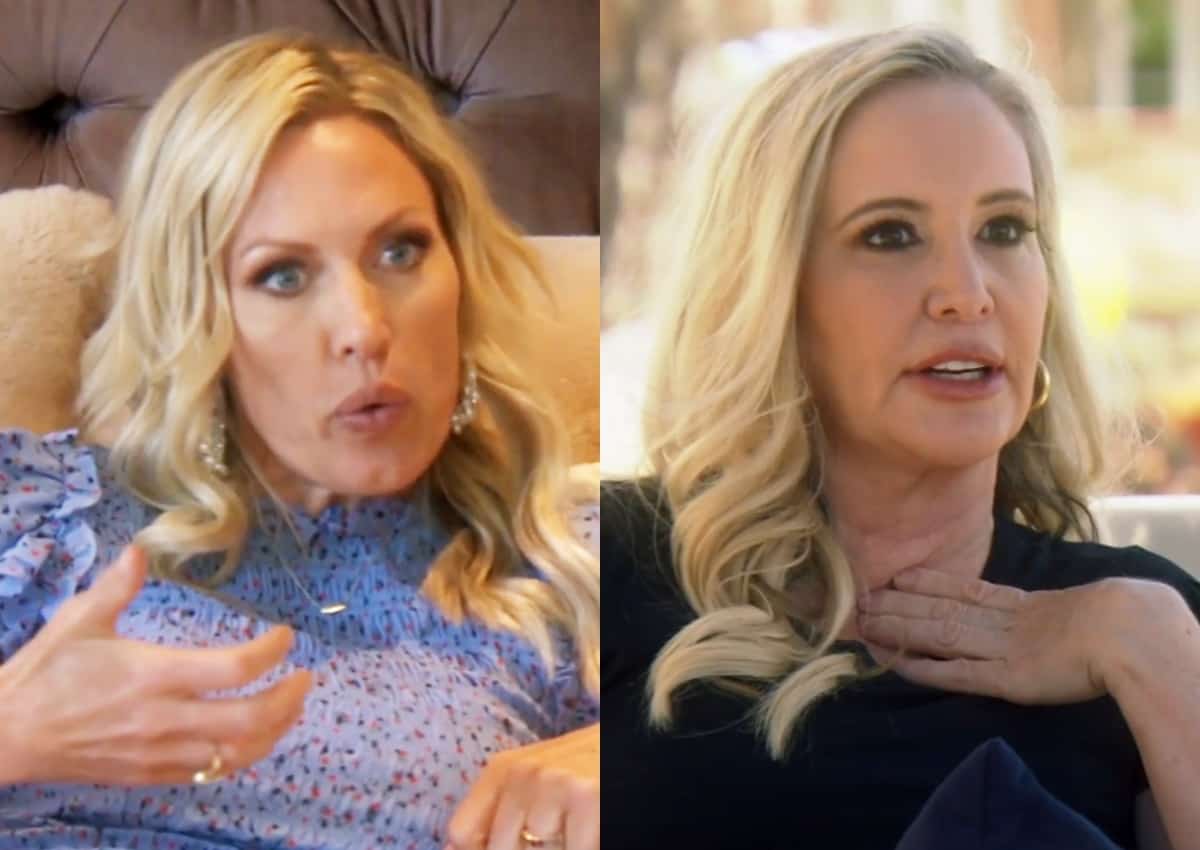 A lot of changes are happening for the Real Housewives of Orange County. A divorce is finalized, a kid is going to college, and an ex-husband is set to go to trial shortly. Things are never dull with these ladies, especially now that a new rumor is circulating amongst them…

Shannon’s oldest daughter, Sophie, is skipping heading off to college in nine days. Luckily, Shannon and all of her daughters have finally tested negative for COVID, so it’s all systems go for Sophie. Shannon is being overbearing, as usual, and Sophie practically begs her mother to let her spread her wings and fly, alone. Shannon says that she wants her daughters to be held accountable and grow up, but in reality, she is micromanaging this situation to the best of her ability. Side note: It’s a good thing Shannon did not die from COVID — she hasn’t changed over her will yet and David would still get everything!

Braunwyn greets Sean with an, “I just need to get out of this house.” Wow, what a hello! Braunwyn believes that quarantine has affected her marriage. You know, a typical Braunwyn move where she blames anything and anyone else for the problems that surround her life.

How could Braunwyn know “very little” about Sean after 25 years?! First of all, Braunwyn doesn’t give the guy a chance to talk, so how in the WORLD is he supposed to be able to communicate with her?! Sean feels that he is becoming more of a roommate because, in her free time, Braunwyn chooses to grow relationships with her lady friends. Maybe Braunwyn needs to be reminded that there is currently a global pandemic happening so she should probably back off of Sean for not “planning fun things.” Who does Braunwyn think she is? And remind me again — didn’t they renew their vows THIS SEASON?!

Elizabeth’s brother, Andrew, is visiting. As the two discuss Elizabeth’s recent trip to Lake Arrowhead, their childhood becomes the focal point of the conversation. Hearing her brother retell the story of being beaten for having dyslexia and the traumatic event of an aunt dying from an allergic reaction because “God was supposed to save her” is tragic. Elizabeth explains that she can’t really talk about their past with her mom and she is tired of piling it all on her brother. Therefore, she has signed up for therapy for the first time in her life.

Emily looks great in her yellow shirt while hanging with Gina. Emily demands to hear the details of Lake Arrowhead, and leave it to Gina to call it a straight sh*tshow. Gina is perturbed by Braunwyn’s behavior. Braunwyn had a problem with the ladies talking about Shannon’s COVID, but she had no issue with spilling Shannon’s relationship with John. Gina wants Shannon to be happy, but according to Braunwyn, the relationship is spiraling in a bad direction. Emily and Gina are annoyed because Braunwyn gossips like crazy even though she pretends to be above that type of behavior.

Kelly and Jolie are breaking out and going to the beach for a change of scenery. Jolie explains that being stuck with her mother is like “being in prison.” Apparently, Kelly is too strict for her liking. Somehow, the conversation turns to Rick. Of course, Kelly spins it to show the world how great Rick is. I’m sure Kelly is gonna pay Jolie for rattling off the list of great things about him. Who needs an allowance?

After three weeks of being apart, Shannon and her boyfriend reunite and are matching. Shannon is complaining right off the bat and apologizes for her embarrassing actions during their time quarantine together. John believes that time and space are important parts of a relationship, but he eventually says, “Overall, I don’t tire of Shannon.” HOW?! Yea, Shan. He sure is “committed…” to a mental institution.

Gina shares with her boyfriend, Travis, that she has come to a great week on, week off schedule with Matt and the kids. This sounds reasonable until Matt must go to trial. Matt is not taking the plea deal, which in Gina’s eyes means that he is not really taking any responsibility for his actions. Gina wishes he would just admit the truth, but he would never. Travis does a great job talking to Gina about this delicate situation and it’s nice to see her happy with him.

Elizabeth is dressed as though she is going to the prom for lunch with Elizabeth. The women sit down, and Elizabeth explains that she can forgive and forget what Braunwyn did. Emily gets to hear about Elizabeth’s childhood trauma firsthand and Elizabeth uses it to justify her “weirdness.” Emily hardly knows what to do with this information, but she allows Elizabeth to work her way through it.

Elizabeth states that although Braunwyn was influential during Elizabeth’s Arrowhead breakdown, she basically played Elizabeth out when she called her once they were home and the cameras were gone. #notshocking. Regarding Braunwyn, Emily states, “I think she is in a very selfish place right now,” and Braunwyn points out other people’s flaws to divert attention away from her mess of a life. Accurate.

…Oh — and because Elizabeth’s divorce is final, Jimmy and Elizabeth have sex now, in case you were wondering, because I was not.

Shari and Braunwyn. Two peas in a pod. Braunwyn is inspired by Shari to be who she wants to be after all these years and loves to surround herself with positive women who will only tell her what she wants to hear and not interrupt her with conversation. LOL. Another of Braunwyn’s friends arrives and that’s when Braunwyn really spills the tea on her latest fight with Sean.

All Braunwyn wants out of Sean is this: “I’m not asking for help. I just want you to listen.” Braunwyn, yet again, chooses to rather say sh*t about her husband than make things better with him. Braunwyn talks about how she can’t go back to her “perfect” life with Sean now that she is clearer minded from sobriety…

Sophie’s college countdown is on. She is excited to be heading somewhere completely different because she wants to get away from her mother… I mean, she wants to experience more of life. Shannon talks about watching Sophie’s life from the sidelines and stresses that Sophie try and stay away from arguing with people.  Ah, pot, meet kettle!

Later, Shannon has Kelly over and the women bond over tequila and Shannon’s final divorce payment of “1.4 million dollars… that’s it.” Tacky that Shan would just leave that check lying around for anyone to see! Shannon slides John’s name into the conversation, and that opens up a world of opportunity for Kelly to prod into her relationship. Kelly lets Shannon know that Gina is concerned for Shannon and her relationship with John. Shannon finds it curious that three months later, Gina is sooo worried about her, but she hasn’t called to check in on her at all.

Kelly smugly explains that there has been no fighting between her and Rob, and then she drops a bombshell. According to Emily, Braunwyn and Sean are on the brink of getting a divorce. Kelly insinuates that perhaps Braunwyn’s “friend” Shari is her lover, but there is no chance of getting a straight answer out of Braunwyn. Since becoming sober, Kelly feels as if Braunwyn is contrived and she is not here for it. Will things come to a head during next week’s season finale?