Shannon Beador Fires Back at Tamra Judge’s ‘Alcoholic’ Claim Against Her, Denies Braunwyn Got a ‘Bad Edit’ on RHOC and Says a ‘Normal” Woman Wouldn’t Date Sean Burke 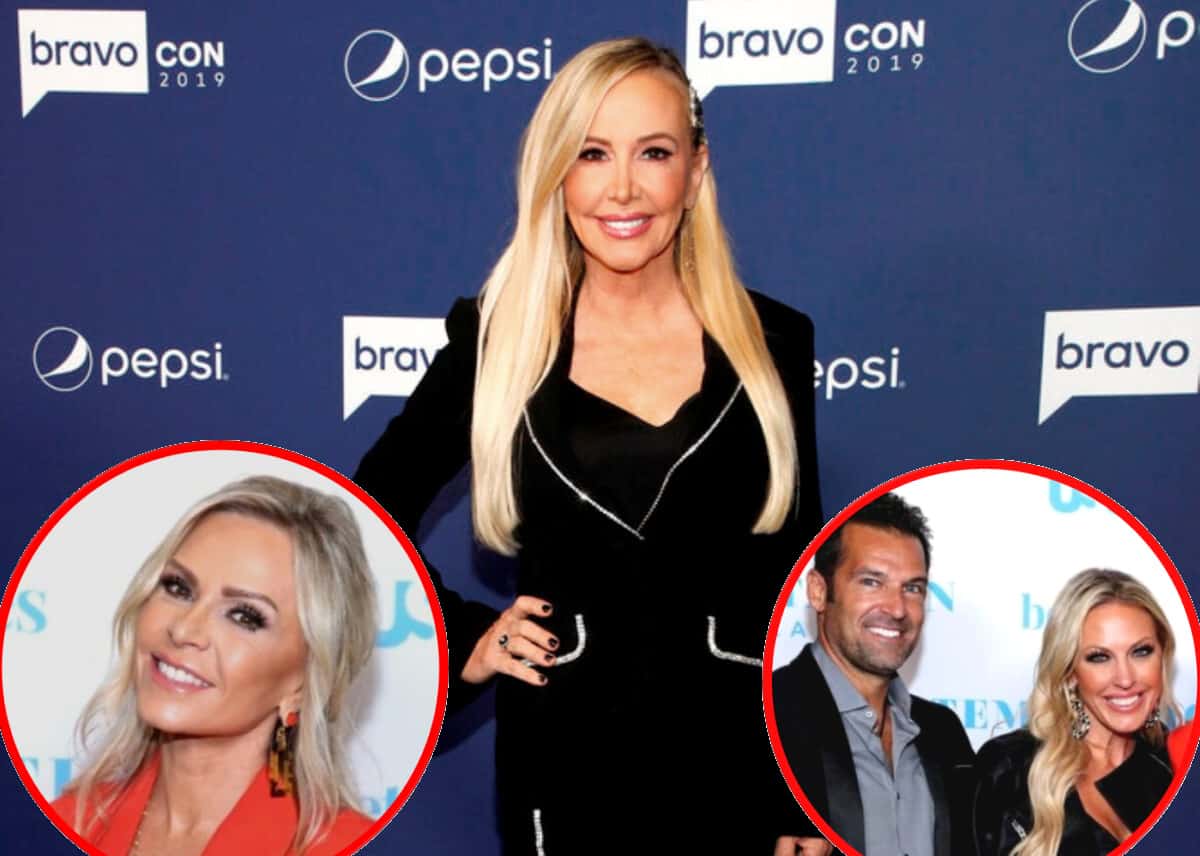 Shannon Beador is addressing Braunwyn Windham-Burke‘s “bad edit” claims and reveals the question she asked Sean Burke regarding his “modern” marriage. She also fires back at Tamra Judge, who recently claimed that Shannon has a “drinking problem.”

Shannon has been rather quiet and has remained under the radar when it comes to all the drama taking place with The Real Housewives of Orange County ladies lately. However, she’s finally speaking up and defending herself while weighing in on some of the controversy surrounding her former close friend Braunwyn.

In a recent Interview with Hollywood Life on Instagram Live, Shannon was asked about RHOC editing and whether she’s been upset with the way she’s been portrayed throughout season 15.

“I don’t blame editing at all, I don’t,” she shared. “What’s so funny is that you saw a lot of self-filming this season and you see me yelling at my kids, you see me crying. I could have not submitted those. Trust me, it crossed my mind, but I submit them because that’s what happened. So, if I’m going to be on a reality show, I’m going to show what really happens, to my benefit or detriment.”

As far as Braunwyn’s edit is concerned, Shannon explains that she really has no excuse and should own her own behavior, but she does claim that the mother-of-seven’s edit in season 14 was more than fair.

“I mean, when they strap a microphone on your back, you are responsible for every word that comes out of your mouth,” she declared. “They’re probably gonna pick the one where you’re more dramatic or you say something that’s more controversial, and maybe that’s what happened with her this season, but I’ll take it a step further and go back to last season. She got a super good edit then because you didn’t see her passing out on a guy’s belly on an airplane. You didn’t see her when she says ‘I woke up on my balcony today because I passed out there.’ You don’t see that kind of stuff, so she got a great edit last season.”

The Real for Real Cuisine creator then turned her attention to the state of Braunwyn’s marriage and shared what she discussed with Sean, who she calls “a great guy and an amazing father.”

“First of all, Braunwyn, you’re pretty freakin’ lucky! I did ask Sean the question, like, what kind of girl, if you’re gonna start to date somebody and you stay married, and you have seven children, and your wife is in another relationship, then that’s like a lot for someone to take on. So, I don’t know many ‘normal’ people that would say, ‘Oh, I’m in!'” she wondered.

As fans likely know, Tamra, Shannon’s former BFF and co-star, recently called out Shannon’s behavior, claimed she has a drinking problem, and said she should be demoted, which Shannon had yet to address. When asked to share her thoughts on Tamra’s allegations and the speculation that she may return to the show, Shannon took the opportunity to fire back.

“I wasn’t crying in a bush at the end of season 14. I don’t take my top off and jump in pools naked. I keep my Spanx on,” she joked. “I’m so done with every single season people trying to say ‘Shannon’s crazy, Shannon’s an alcoholic.’ That’s not the case and at this point; I know who I am, my family knows who I am, and my friends know who I am. So… if you wanna try it again for an eighth season, if I’m back, okay!”