Home Real Housewives of Orange County News Tamra Judge Claims Shannon Beador Has Drinking Problem and Shares Who Should Be Fired on RHOC, Says Braunwyn Shouldn’t Have a Girlfriend and That Andy May Make an “Example” Out of Kelly

Tamra Judge Claims Shannon Beador Has Drinking Problem and Shares Who Should Be Fired on RHOC, Says Braunwyn Shouldn’t Have a Girlfriend and That Andy May Make an “Example” Out of Kelly 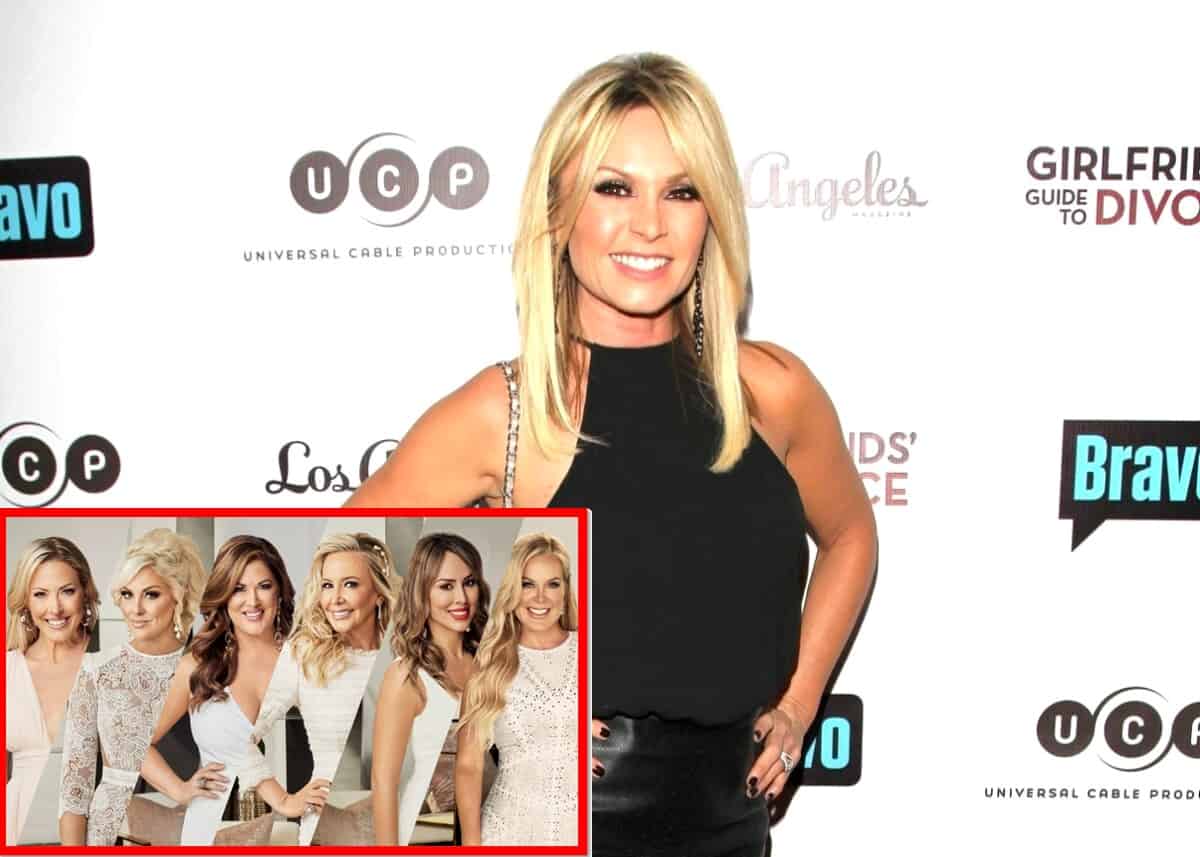 Tamra Judge would love to be a part of the upcoming 16th season of The Real Housewives of Orange County, but only if there is a major cast shakeup ahead of production.

During a recent interview, Tamra revealed who she’d like to see get booted from the series before calling out Shannon Beador for her supposed alcohol issues and explaining why Braunwyn Windham-Burke shouldn’t be calling anyone her “girlfriend” quite yet.

“I miss it. I’m not going to lie. I totally miss it. So given the perfect cast, oh absolutely. With the current cast right now? No thanks!” Tamra proclaimed on Access Hollywood‘s “Housewives Nightcap.”

Recently, Tamra deemed the ladies of RHOC season 15 as the worst cast of all time, and today, she is standing by that comment even though she hasn’t watched the series’ latest episodes.

“I know the current cast and I’ve been on the show long enough that I know what works and what doesn’t,” she shared. “The number one person that needs to go, I can’t even believe she’s gotten three seasons… [is Emily Simpson]. I think she’s boring. If you [are trying to be the queen B], you’re not cut out for it.”

According to Tamra, she believes Emily attempted to replace her on season 15. However, because she was “trying too hard,” it didn’t work.

“I never felt she fit into the crowd,” Tamra explained.

As for who should be demoted, that honor goes to Shannon.

“Shannon Beador should be demoted to a friend. I think [she’s nothing without the Tres Amigas]. I was worried when both Vicki and I were off [the show]. We protected her. We babied her. We covered up for her [and] made sure [a lot of stuff] didn’t come out.”

While viewers of RHOC have been calling for Kelly to be fired, Tamra admitted to having “mixed feelings” about her.

“I think what she’s done on social media has been horrific. So many people have been sick and lost loved ones and [she’s] mocking it. It’s reckless. However, the cast right now is so weak that I think she’s one of the only polarizing cast members on the show,” Tamra said.

Although Tamra believes Kelly will be asked back for season 16, mainly due to the fact that too many people need to be axed, she suspected Andy may ultimately fire her from the show due to comments made at the RHOC reunion.

“I think Kelly is going to keep her job. But I don’t know. They might make an example of her. Andy doesn’t mess around. I heard she had said some things at the reunion that might not go over very well,” Tamra teased.

Following a number of episodes in which Shannon was seen appearing to be quite intoxicated, Tamra was asked if she believes her former bestie has a drinking problem, to which she replied, “Yeah, I do.”

“It comes up every single season. It’s heartbreaking,” Tamra confessed. “I did [try to talk to her about it] and I think some of the girls on the current cast have done it as well and she doesn’t want to hear it. I talked to Braunwyn about it and Braunwyn’s like, ‘Until she admits it, she’s never going to change.’”

Tamra went on to react to the recent reveal of Braunwyn’s romance with girlfriend Kris, explaining that while she applauds Braunwyn for being so real during season 15, she doesn’t think she should be putting a label on her new relationship.

“My advice to her is, ‘Don’t have a girlfriend. Just don’t. Don’t call anybody your girlfriend. You’re in a transition mode. Take things slowly,'” Tamra advised.