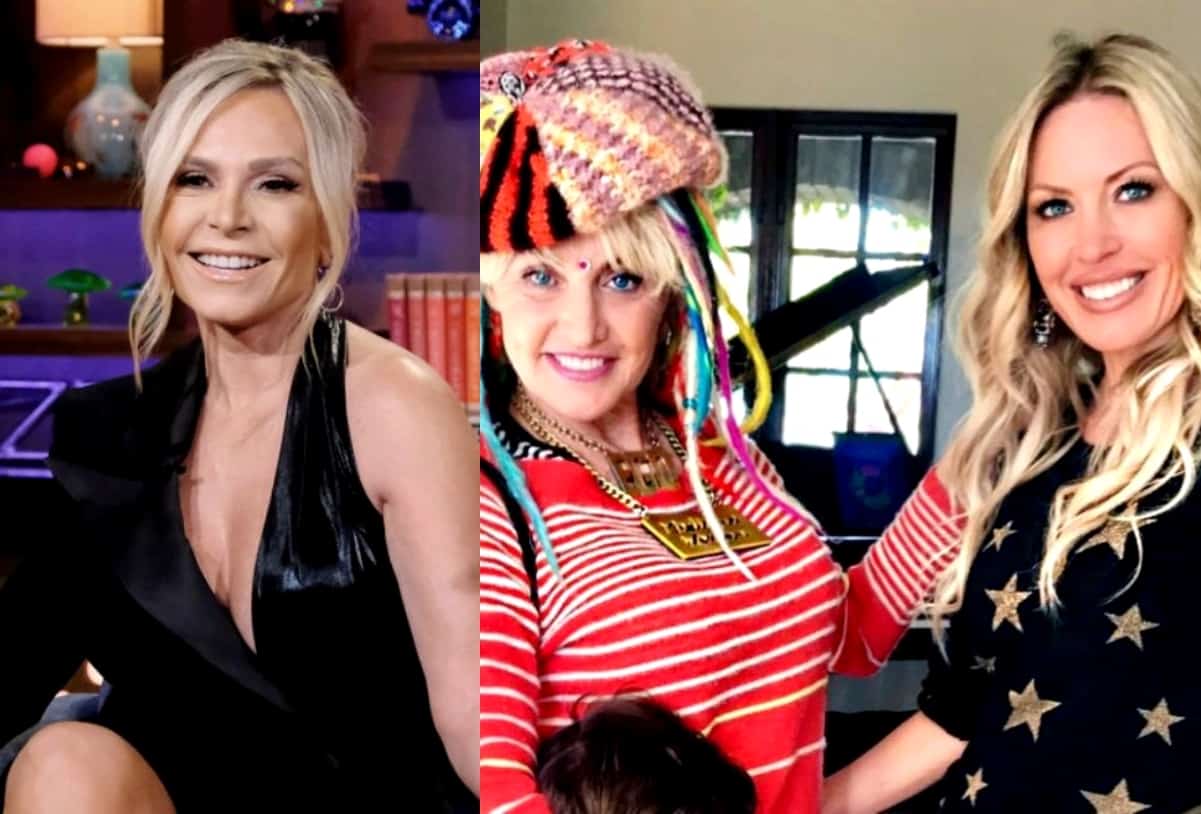 Tamra Judge took to her Instagram Stories on Friday night for an impromptu Q&A with her fans and followers and during the chat, she leaked a portion of the conversation she had with Braunwyn Windham-Burke‘s mom, Dr. Deb.

After the ladies’ discussion became a hot topic on The Real Housewives of Orange County, Tamra posted a screenshot of their interaction while also answering questions about her potential return, her drama with Emily Simpson and Shannon Beador, and Simon Barney‘s cancer.

“Did Braunwyn’s mom really reach out to you and tell you that [Braunwyn] is an alcoholic?” a fan asked on October 23.

“Complete lie! We dm on Instagram and she reached out to ask me how Simon [and] the kids were doing. After answering I said ‘I hope you and B are in a better place,'” Tamra explained.

In the attached screenshot of their conversation, Dr. Deb had written, “We are, she stopped drinking, drinking isn’t good for her nor our relationship.” 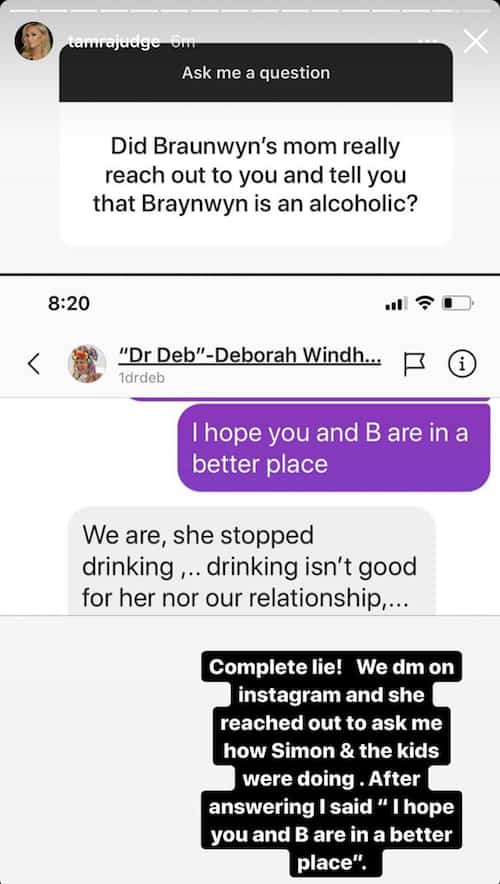 During the premiere episode of RHOC, Braunwyn admitted she is an alcoholic during a cast confessional. Then, in the moments that followed, she was seen opening up about her issues with alcohol to a number of her co-stars.

In one particular scene, it was suggested that Tamra had spread the news of Braunwyn’s sobriety after her discussion with Dr. Deb.

In a second question, another fan asked Tamra if she would be returning to the show for season 16. 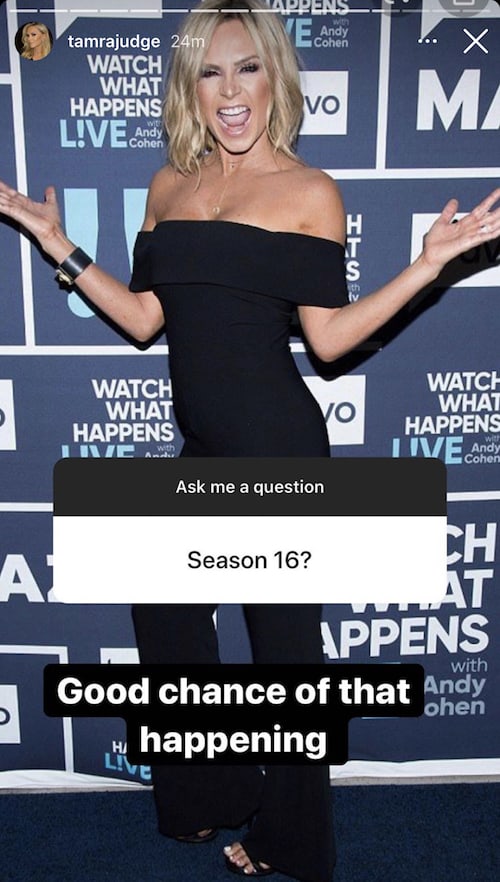 “What is with Emily coming at you? Clearly they all need you to help start anything,” a third fan asked. 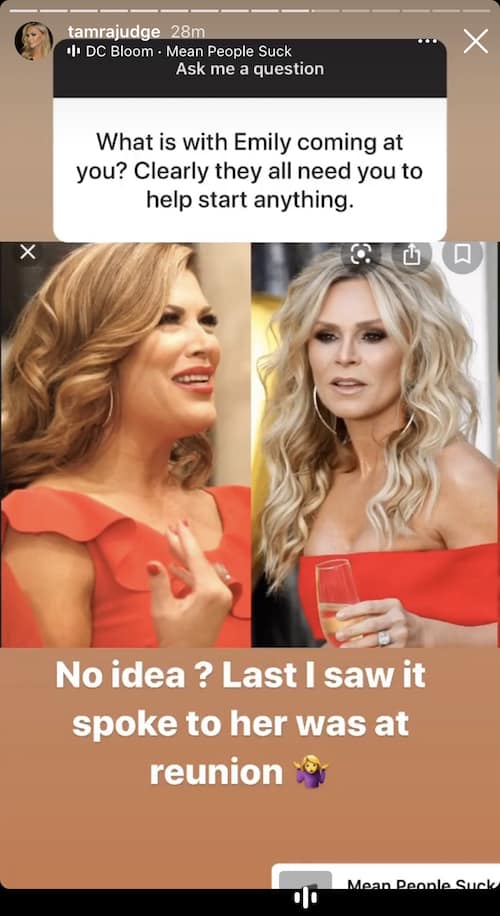 While Tamra has been mentioned on a number of occasions on RHOC, mainly due to the way she was supposedly told about Braunwyn’s sobriety by Dr. Deb, she is not receiving any residual checks for her name being mentioned.

“Are you getting paid for still helping to hold this season of RHOC?” one fan asked, noting that Bravo should “show Tamra the money.” 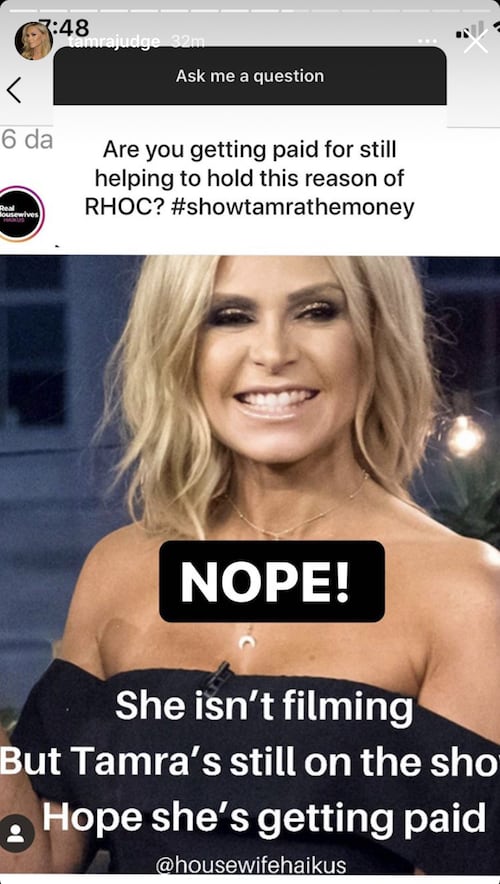 “Thoughts on Shannon saying she really has no need to talk to you [because] you live 45 minutes away,” wrote another curious follower.

“We actually live 20/25 [minutes] away. I guess that sums up her type of a friendship? What’s convenient for her!” Tamra replied. 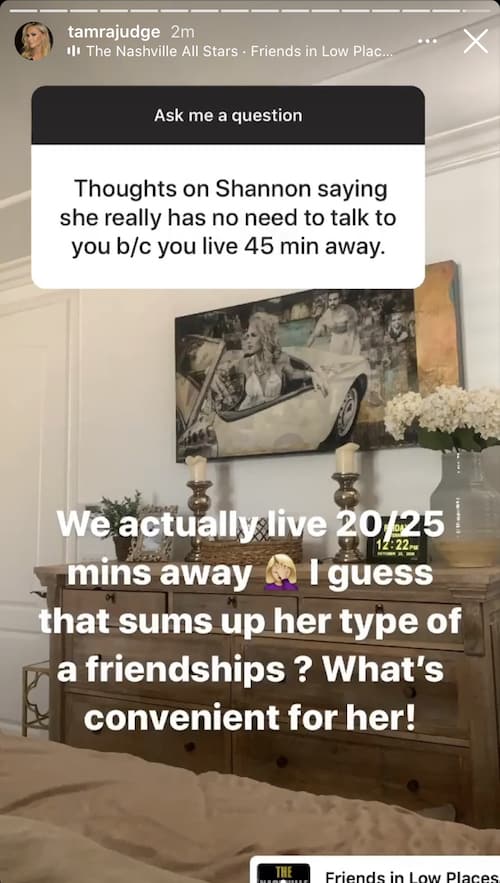 As RHOC fans may have heard, Shannon recently said publicly that she has no interest in rekindling her close friendship with Tamra, or her relationship with Vicki Gunvalson, and noted that the two of them live far away from her rental in Newport Beach.

In another Instagram Story, Tamra responded to a fan who wanted an update on the condition of her former husband, Simon, who confirmed he is battling stage three throat cancer in February.

“I’ve gotten a lot of questions about Simon. I’m not comfortable talking about his health since Simon has not given [a] public update,” Tamra explained. “I’ve only spoke about what he’s put out there in the past. As you can imagine it’s been very difficult. [Cancer sucks]. Thank you for asking.” 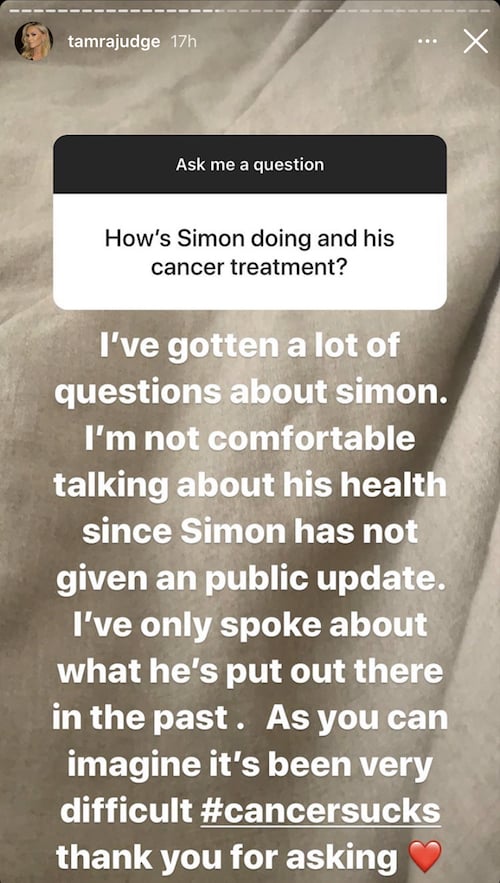