Home Real Housewives of Orange County News RHOC’s Shannon Beador Finally Opens Up About Feud With Tamra Judge, Slams Her for Lying About Falling Out and Has “No Desire” to Speak to Her or Vicki, Talks Rift With Braunwyn

RHOC’s Shannon Beador Finally Opens Up About Feud With Tamra Judge, Slams Her for Lying About Falling Out and Has “No Desire” to Speak to Her or Vicki, Talks Rift With Braunwyn 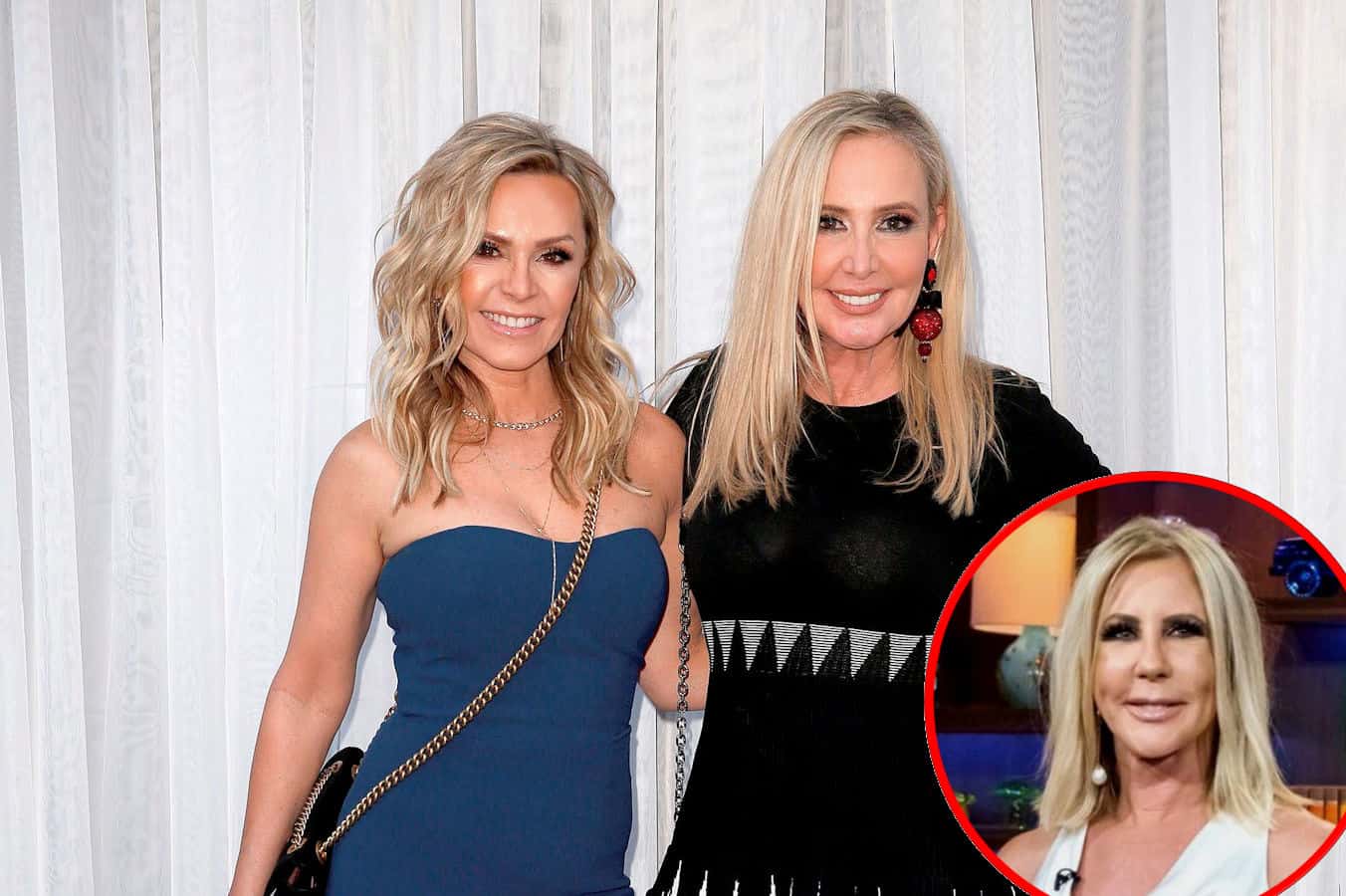 Shannon Beador is finally fighting back against Tamra Judge and Vicki Gunvalson‘s claims regarding her supposed abandonment of their friendships.

During a new interview, the Real Housewives of Orange County cast member accused Tamra of lying about their falling out before revealing how Kelly Dodd helped her through the end of their relationships and sharing her thoughts on the series’ newest cast member, Elizabeth Vargas.

“At the very beginning of filming I was a little concerned, because I didn’t really have close relationships with any of the cast. But you know, what has been nice about it is that I have been able to develop those relationships now that Vicki and Tamra aren’t there,” Shannon told Entertainment Tonight on October 7.

According to Shannon, Tamra’s story about the end of their friendship, which included accusations of Shannon refusing to answer her calls, is not true as she and Vicki spoke publicly about their falling out before contacting her directly.

“The things that they’ve been saying, especially Tamra, it’s a laundry list of things that aren’t true,” Shannon shared. “It’s interesting when people say, ‘You can pick up the phone….’ What moron would pick up the phone when someone’s been bashing them for months on end? It almost got to a point where it was weekly, where yet another untruth [would come out] and I take the high road in those situations.”

While Shannon admitted that she never says never, noting that she and Kelly made amends after she thought she would never be friendly with her, she told the outlet that she has no real reason to be around Tamra or Vicki ever again.

“Never say never, but for now I don’t, I have no desire,” Shannon said of a potential reconciliation.

Although Shannon and Kelly butted heads during the 14th season of RHOC, Shannon said it was Kelly who helped her process the end of her relationships with Vicki and Tamra before explaining the reason behind their newfound relationship.

“She kind of explained what she was doing [during season 14]. Now, do I think her intentions towards Tamra were kind or nice? No. But I took them personally, that she was going after me, as well, and she explained to me that she wasn’t and what she said made sense to me,” Shannon explained, citing Kelly’s involvement in Jim Bellino‘s lawsuit against her and Tamra.

Shannon went on to say that just because she and Kelly are now friends doesn’t mean that she stands by the comments Kelly has made about COVID-19. In fact, she said she doesn’t “agree with a lot of things” Kelly said and admitted that her RHOC co-star “puts her foot in her mouth a lot.”

“I have friends … who have lost five plus friends to COVID, so you know there’s a certain respect level that I don’t think that she had for what certain people are going through and I don’t agree with it,” Shannon stated.

Moving on to Braunwyn Windham-Burke and the issues between them that were teased in the trailer, Shannon said the mother of seven came in hot at the start of production earlier this year.

“[Braunwyn] just kind of, I feel like, came in guns blazing and I think you see from the trailer I’m not pleased with some of the things that she’s done,” Shannon said. “I think you’ll see in the season some of us kind of perplexed a little bit about what’s going on with her. All of us kind of have our antennas raised with Braunwyn this season.”

“Was the love shack real? Was it really?” Shannon asked, seemingly giving a nod to Braunwyn’s alleged marriage troubles with husband Sean Burke.