Home Real Housewives of Orange County News Tamra Judge Accuses Shannon Beador of “Talking Badly” About Her on New RHOC Season, Plus Emily Simpson Fires Back at Vicki’s Claim of Lack of Content

Tamra Judge Accuses Shannon Beador of “Talking Badly” About Her on New RHOC Season, Plus Emily Simpson Fires Back at Vicki’s Claim of Lack of Content 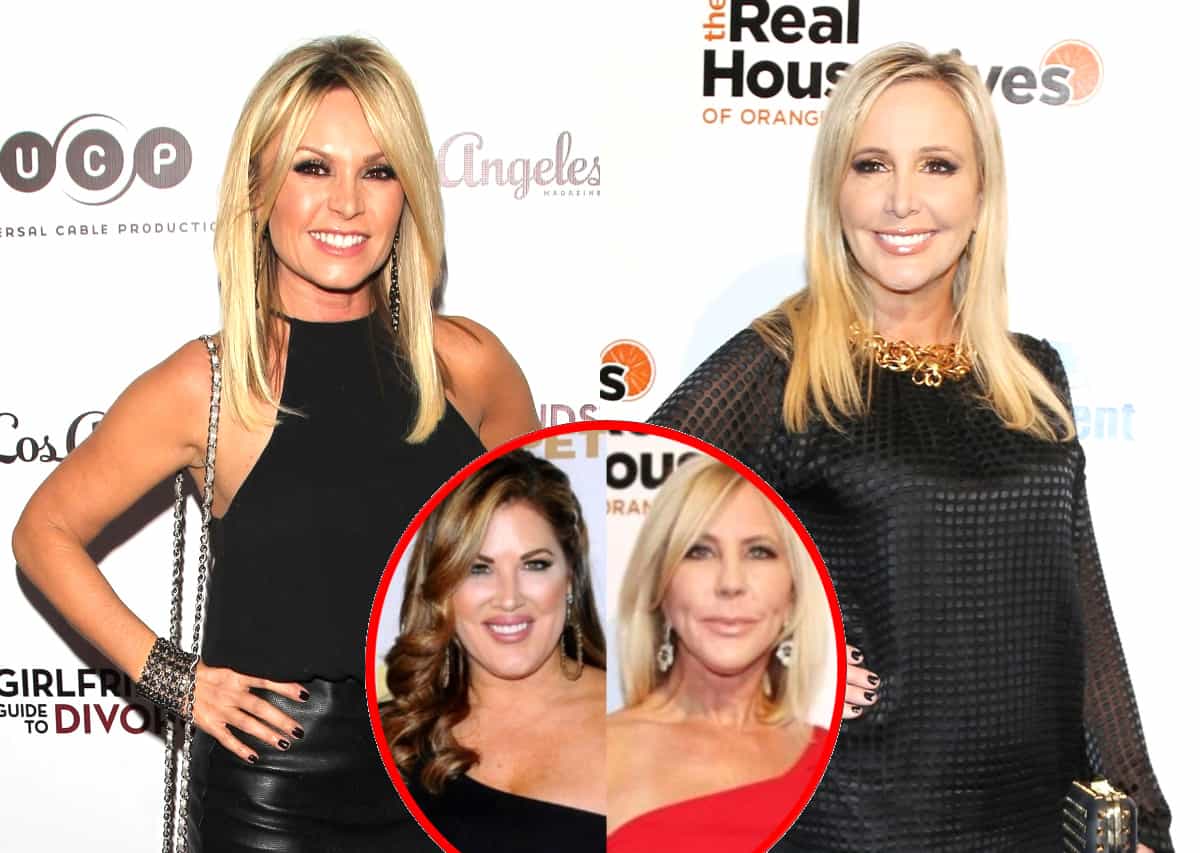 Tamra Judge and Vicki Gunvalson hosted an Instagram Live session over the weekend with LeeAnne Locken, and during the conversation, they made a number of allegations against their former Real Housewives of Orange County co-stars.

After learning the 15th season wrapped production earlier this month, Tamra accused her former friend Shannon Beador of trash-talking her throughout filming as Vicki slammed the returning members of the show for using her and Tamra for storylines on the new episodes.

“The storyline is going to be about me and Vicki,” Tamra suspected to her fans and followers, according to a video shared by an RHOC fan page on Instagram.

According to Tamra, someone told her that Shannon, who she had been extremely close to in the years leading up to her January exit from RHOC, spoke poorly about her as cameras rolled on season 15.

In recent months, both Tamra and Vicki have been vocal with the fact that they feel as if Shannon ditched them because they are no longer featured on RHOC. As fans will recall, Shannon stopped communicating with the ladies earlier this year around the time that she reconciled with her former nemesis, Kelly Dodd, who is still on the show.

“I reached out to her twice when she had [COVID-19] and some other times and… nothing,” Vicki revealed.

Vicki went on to suggest that the remaining ladies of the show have nothing to talk about now that she and Tamra have left the series and noted that the two of them should be getting paid if they’re being used for storylines.

“Housewives just ended with 12 episodes. They have no content without us. [We get no] paycheck and they’re still going to talk about us,” she stated.

Following rumors of a shortened season of RHOC earlier this month, Kelly said season 15 would actually have 15 episodes, in addition to the finale and reunion, and be the “best season yet.” Days later, Emily Simpson weighed in on the reports as well, agreeing with a fan that the series saw a lesser number of episodes due to the challenges they faced amid the coronavirus pandemic, not a lack of content.

“Episodes are cut due to Covid. Everyone knows that,” the fan wrote in a message to Vicki.

“Everyone with more than [three] brain cells,” Emily replied.

The Real Housewives of Orange County season 15 is expected to premiere on Bravo in October.