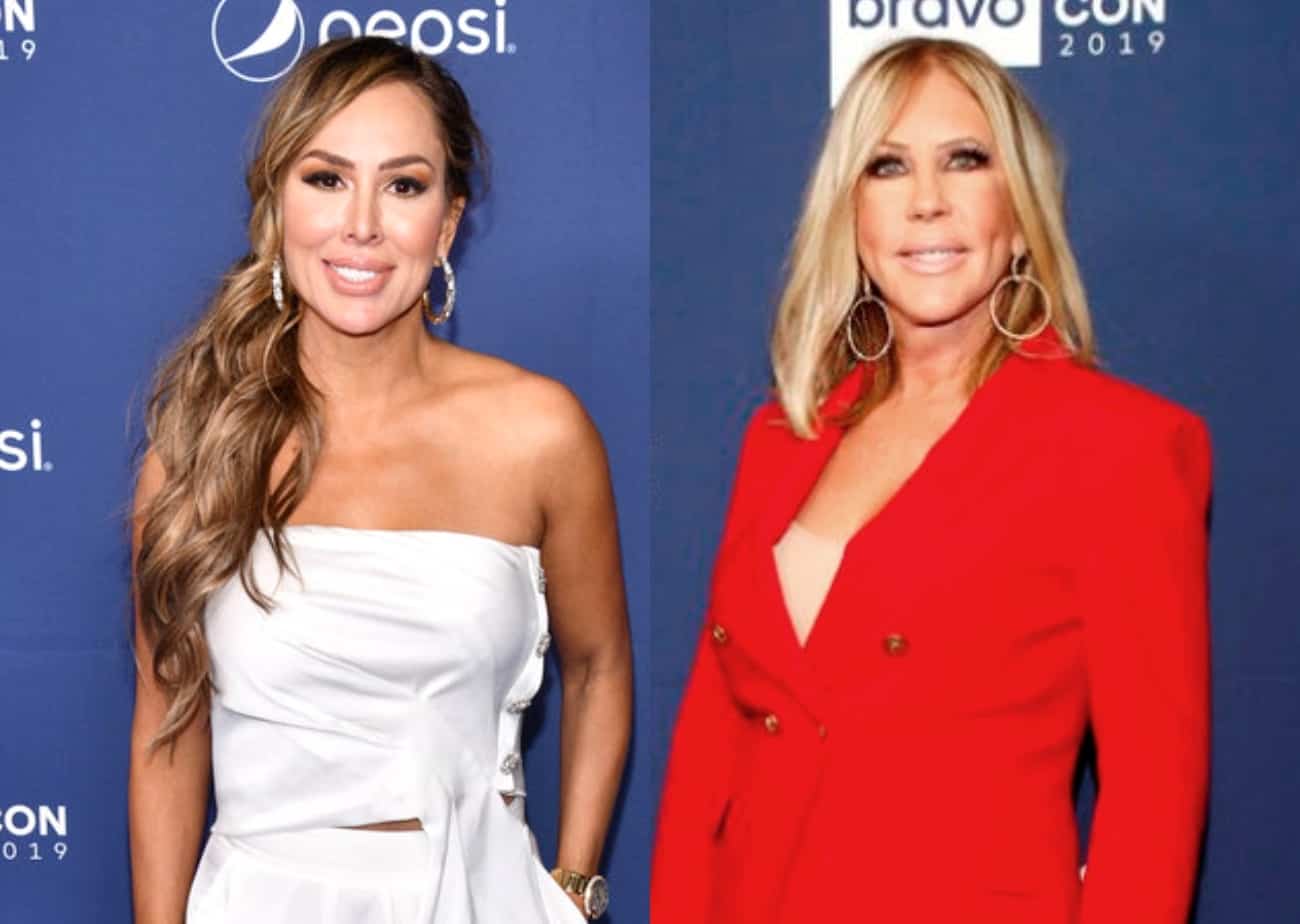 Kelly Dodd claims the upcoming 15th season of The Real Housewives of Orange County was not cut short.

After Vicki Gunvalson and Tamra Judge were seen poking fun at the upcoming season on Instagram by suggesting the ladies had “no content” to deliver and claiming the upcoming episodes were shortened, likely because the ladies are “all fake b***hes,” Kelly clapped back by accusing Vicki of being jealous and revealing that her producer applauded season 14 for its “solid” ratings.

“I love that she works on production now .. lmfao!” Kelly wrote in response to the video of Tamra and Vicki, according to a screenshot shared by Comments by Bravo on Instagram. “Move on girlfriend it’s none of her business how many episodes we have .. ITS actually up to 15 plus the finale and the reunion .. don’t be jelly sister !! It will be the best season yet .. We filmed during COVID .. real reality not fake bullsh*t like she did for 10 years .. Emily winning season watch!” 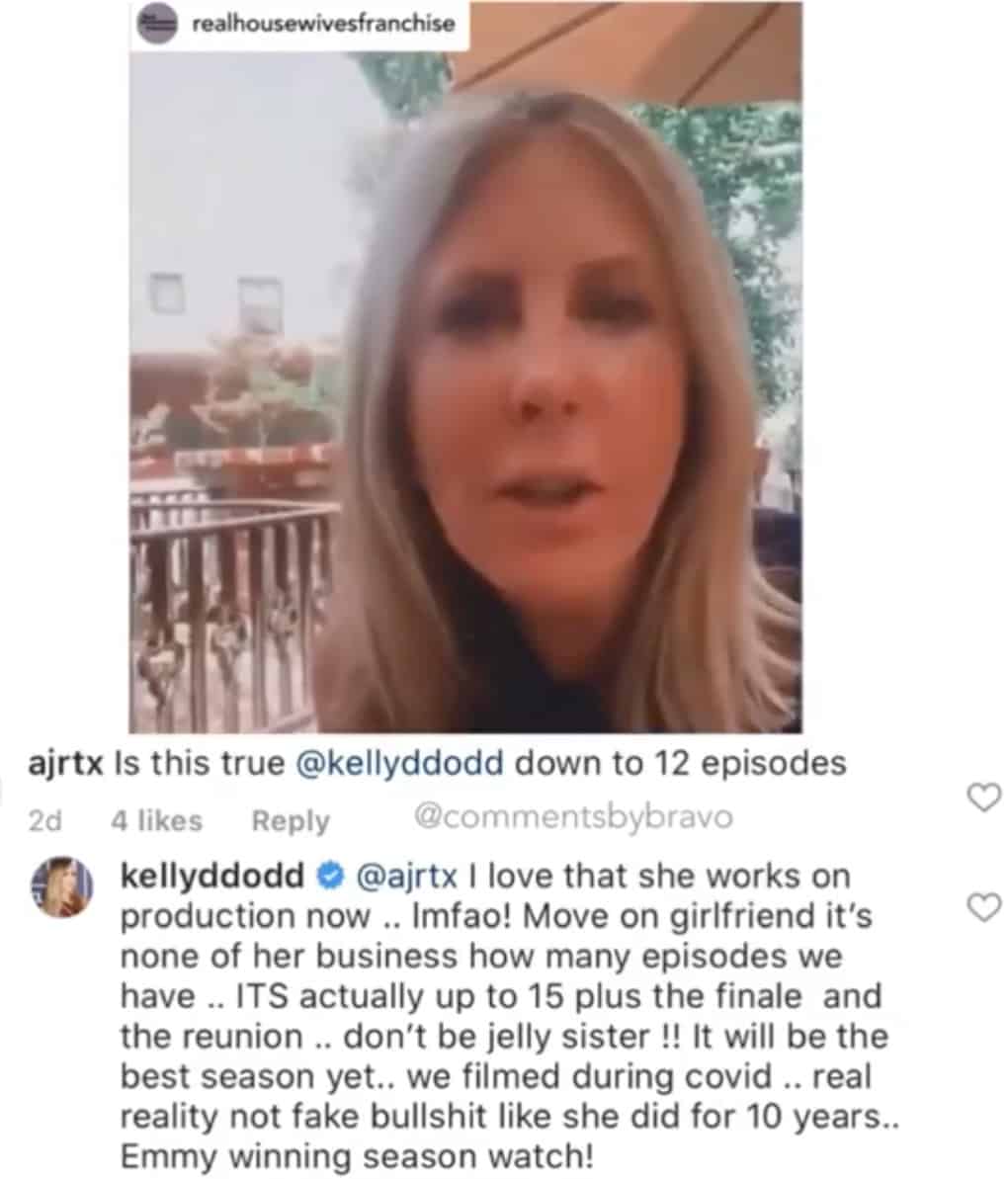 After clapping back at Vicki’s allegations, Kelly was called out by Christian Gray Show, who reminded viewers of his Instagram Stories that Kelly said last year that RHOC season 14 would have the “best ratings ever, guaranteed” while the season was actually down in both ratings and demo from season 13, which featured Vicki in a full-time role.

In response, Kelly sent a message to Christian from her producer, who told her the season actually did well, considering the progression of television ratings at the time.

“Ratings were on par with season 13, which is hard to achieve,” the producer had written, according to a screenshot Christian shared on Instagram. “They were slightly down but compared to other shows we were really solid. Everyone’s ratings were lower. It’s the current progression.” 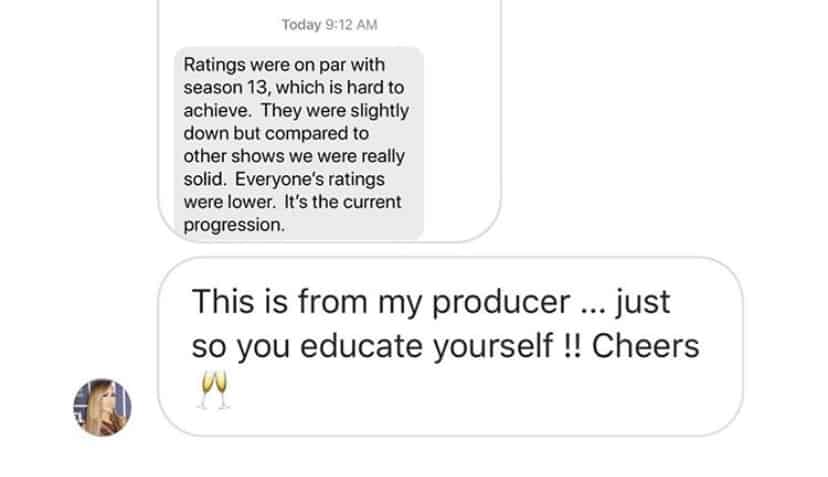 Following Christian’s post, Vicki offered a response in the comments.

“Omg,” she wrote, along with a laughing-while-crying emoji.

The Real Housewives of Orange County season 15 is expected to air sometime this fall on Bravo.