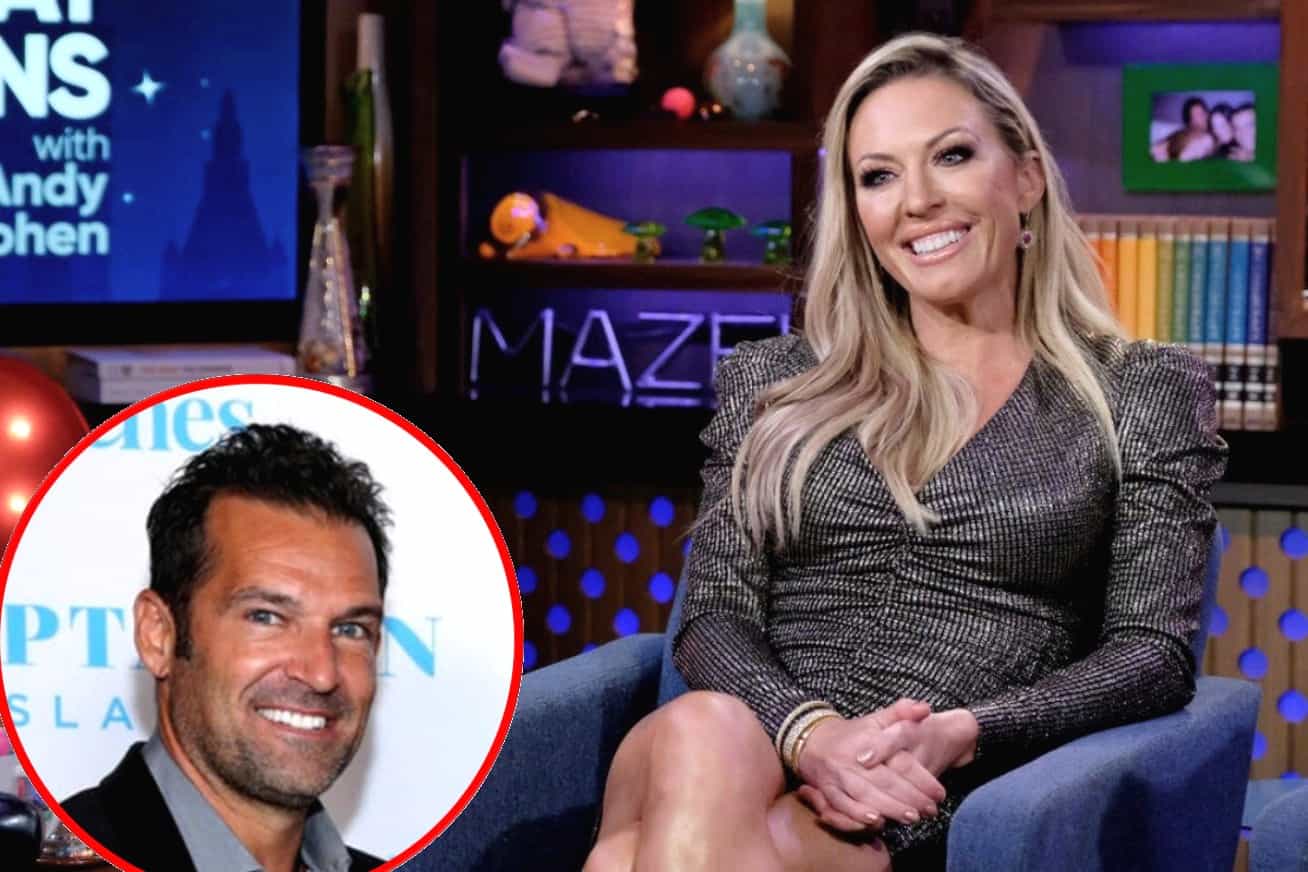 Braunwyn Windham-Burke and Sean Burke discuss the upcoming reunion, Sean’s potential dating life, and Braunwyn reveals where she met her girlfriend. The reality star also claims she didn’t do anything “that bad” this season.

Just a day after she was snapped on December 16 showing PDA with her new girlfriend Kris, Braunwyn took to her Instagram page to talk to her fans.

While lying on the floor together, Braunwyn and Sean hosted an impromptu Instagram Live on December 17. The couple explained that they were relaxing and getting ready to film The Real Housewives of Orange County reunion the following day, which will be shot in a Los Angeles studio. They answered multiple questions from fans and revealed a few new details about their open marriage.

After mentioning the reunion, one fan asked if she plans to bring receipts and Braunwyn made sure to shout-out the queen of receipts, The Real Housewives of Potomac star Monique Samuels.

Another fan noticed that the mother-of-seven seemed surprisingly calm considering it was the night before the reunion and she agreed.

“I have been calm. Honestly, I think the best part about this year is when I remember everything,” Braunwyn explained. “Last year’s reunion was hard because I had a lot of scenes that we filmed that I was blackout and Sean would have to kind of help me with that, so it’s nice to be sober! Even though I did some bad – like shady, well, not bad –  I did some things I’m not totally proud of, I own them. That’s the best part about working a program [is] to make amends and you don’t sit in it.”

Braunwyn recently revealed on the December 9 RHOC episode that she has hit Sean in the past, and immediately after she mentioned the “not bad” things she’s done, one fan took her to task by asking why she was mean to her husband.

“I know I’m mean to my husband,” she confessed. “I watched the same episodes you guys watched. And we watch them together and I was like ‘G*d, I’m so sorry!’ It’s actually nice to be a mirror to yourself and I apologized.” 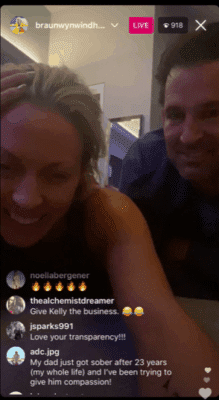 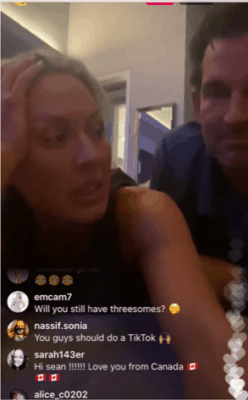 Several followers then wanted to know if Sean is gay and the couple reiterated numerous times that he is not.

“Sean is not gay. I know everyone wants him to be. I mean I would love it if he was too; I mean, that would be great.” When asked the same question yet again, the reality star added, “He’s not gay! I tried, I really did. I want you to know I tried. He’s not gay, I’m sorry. It’s not happening,” she clarified.

The topic then turned to whether or not Sean has a girlfriend and Braunwyn first answered for him.

“I mean, no one special. That’s mean, that came out wrong,” she laughed.

Sean chimed in with, “I don’t think anybody that I would ever date she’d think would ever be special. It’s almost like with your kids, is anybody good enough? No, no one’s good enough,” he claimed.

Braunwyn was then asked how she will handle it once Sean does meet someone special and they both claim she’s “working” on her jealousy issues.

“Not well b*tch,” she expressed. We’re working on it.”

Of course, fans had a great deal of questions about Braunwyn and her new girlfriend, Kris, and the star revealed that with the help of her best friend, she met Kris on Tinder. She explained that she plans to discuss how they met and reveal the “hilarious” details behind it at the reunion. And as for how Kris is dealing with suddenly being thrust into the spotlight, Braunwyn doesn’t appear to be too concerned.

“She wasn’t really ready, you know? Whatever,” she shared.

After both Braunwyn and Sean confirmed that Kris will not be moving in with them because “[they’re] out of bedrooms,” they were asked if they plan to go on double dates with their new significant others in the future. Braunwyn seemed to answer with a hard “no,” while Sean said, “one day maybe.”

The Real Housewives of Orange County airs on Wednesdays on Bravo at 9/8 c.