Home Real Housewives of Orange County News Braunwyn Windham-Burke’s Mom Dr. Deb Had “No Idea” Daughter Was A Lesbian, Defends Her Comments On The RHOC and Addresses Braunwyn’s Drinking, Plus Live Viewing Thread

Braunwyn Windham-Burke’s Mom Dr. Deb Had “No Idea” Daughter Was A Lesbian, Defends Her Comments On The RHOC and Addresses Braunwyn’s Drinking, Plus Live Viewing Thread 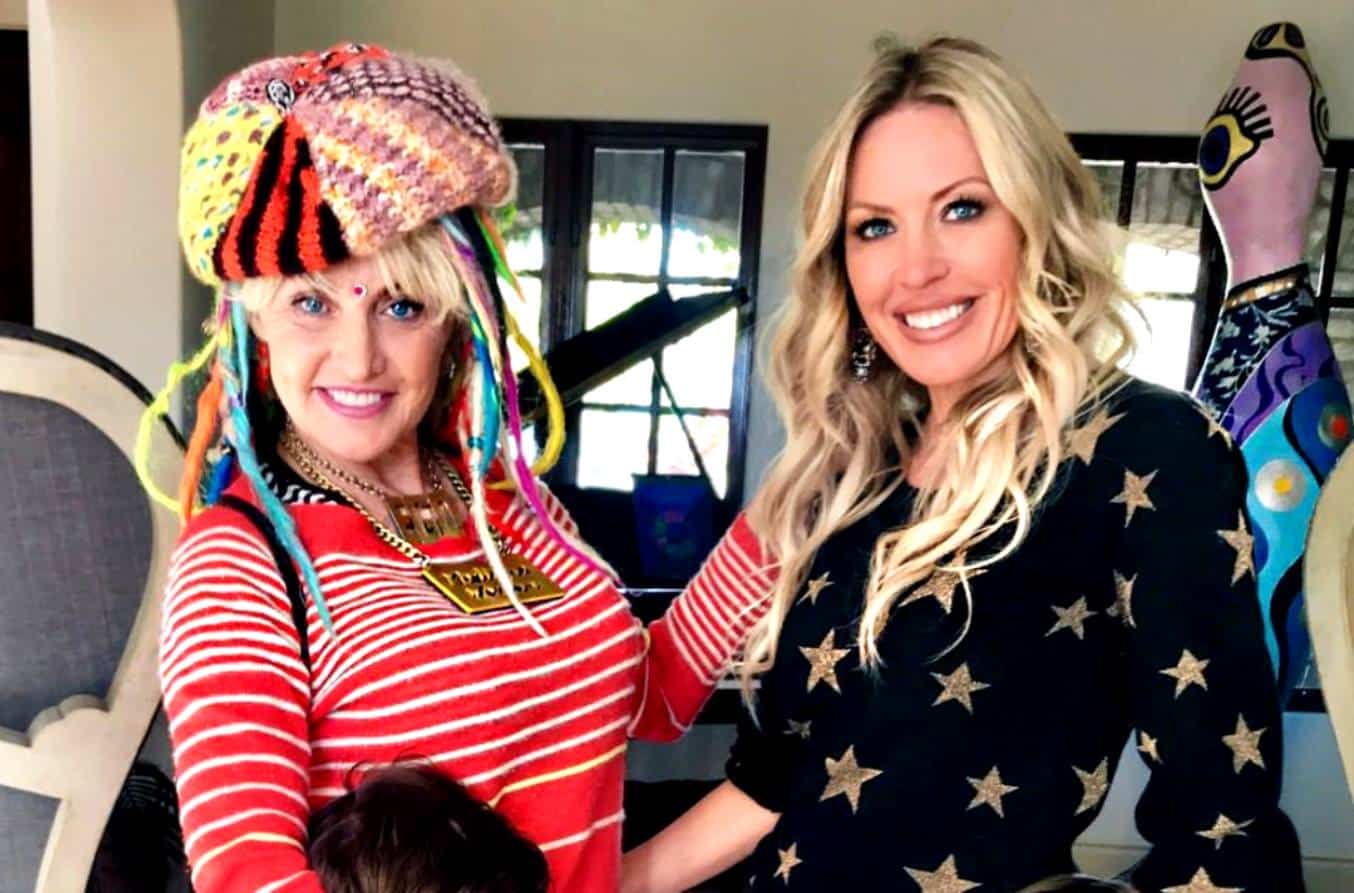 Braunwyn Windham-Burke‘s mother, Deborah Windham, aka Dr. Deb, defends her controversial comments on the show, discusses her daughter’s drinking, and reveals she was unaware The Real Housewives of Orange County star was a lesbian.

Dr. Deb has been a big part of Braunwyn’s storyline since she joined the show in season 14, and Braunwyn has discussed their strained relationship on a number of occasions. As fans well know by now, the mother-of-seven revealed on the show that she’s an alcoholic and has also since came out as a lesbian publicly.

Dr. Deb recently joined Up and Adam for a rather candid discussion, but because she’s no stranger to fan backlash, she admits she must be careful about what she says.

“I have to be really careful about what I say because everybody will relate it back to something I said on the show,” she explained.

She claims she doesn’t watch the show, but she soon found out what was being said about her.

“You remember last year she was drunk in all of her confessionals. She admits it, you know? So a lot of the things that she said, they were…amplified would be one way of putting it,” Dr. Deb explained. “And distorted; we say and do things when we’re drunk [that] we really may not mean or there’s a seed of that we didn’t really mean to go so over and I didn’t know she was saying those things in confessionals.”

After Braunwyn mentioned her upbringing and the complicated relationship she has with her mother on RHOC, the “Medicine Woman” says she received an enormous amount of unkind comments from viewers via social media, which included actual death threats.

“We had a good relationship [and] I didn’t know about all these things she brought up on the show [because] she never talked to me about ‘em,” Dr. Deb claimed. “The fact that when I went to [medical] school, I went to med school to make things better for us because I was a waitress [and] singing in a rock band, so I thought I’d go to med school and I’ll have a real job. I took a lot of sh*t for that.”

Fans were also outraged after a recent episode when Dr. Deb seemingly told Braunwyn that she was more fun when she was still drinking, but the doctor doesn’t remember it that way. She claims her daughter was actually more fun before she joined the show and the show is actually what sparked her drinking again.

“I don’t know if I said whatever I said, but I’m not sure about that part,” she revealed. “But yeah, we’d just been through a year of not talking to each other basically. She blocked me and was yelling at me so I just…she was not happy with me, [but] again, she was not sober, you know? I understood that and it was very painful and the show is what caused her to start drinking again. So I don’t think I was referring to her as more fun when she’s drinking because she’s not! She was more fun before the show.”

She goes on to stress just how concerned she truly was for her daughter regarding her drinking habits.

“Braunwyn is awful when she’s drinking,” Dr. Deb emphasized. “She’s a lot more fun when she’s not drinking, so I don’t know how that was edited or whatever, or what I actually said or how they took it in context, but I’ve picked Braunwyn off the floor and carried her to bed. And taken her clothes off and put her in bed and then she got up the next morning and asked for more vodka at 10 o’clock in the morning so that’s not fun. That is not fun, it’s not pretty, and mainly as a physician, a doctor, it’s not healthy,” she proclaimed.

She claims that she has flown “cross country” to help pull her daughter out of terrible binges and reveals that Sean Burke really needed her help at times.

“I’ve been there for some…I’ve flown cross country to help when things were bad,” she confessed. “And things were bad five days at a time and Sean has said, ‘Please don’t leave.’ I’m like, ‘Ugh, I just don’t know if I can do this,’ [and] I’m checking the vodka bottle to see how much and finding them.”

When asked if Braunwyn’s behavior makes more sense now that she has publicly revealed her truth as a lesbian, with a bewildered look, Dr. Deb admits it definitely does make more sense, but she was shocked!

“I had no idea she was a lesbian,” she affirmed. “I had no, no idea! I don’t think she knew, you know? There was something…  of course that could have contributed to her not feeling good. There was a moment, [well] we had a lot of moments, as a teenager, yeah, so…”

Although she doesn’t understand why the reality star has been so hard on her, Dr. Deb does admit that she’s a “trigger” for Braunwyn and reveals what she’s hoping for her daughter.

“My hope is that she’s working the program, she’s working the 12 steps, and I think I’m on one of those steps,” she declared. “I think that’s the making amends part. And I’m not pushing her to do anything, she’s gotta do everything in her own time.”

And while she still experiences some hostility from fans, Dr. Deb claims she has received a lot more love this season on social media. She’s now hosting a show on Instagram, which she created as an outlet for her pain. She explains it’s a way for her to “purge publicly,” but she reveals the first episode was a traumatic one.

“I’ve been doing this Morning Meds IGTV, which started out last year when I was just devastated. The first one that I did was on my friend’s door stoop in New York [and] I was [actually] with Braunwyn and that’s when I had to go find her and get her home and my friend and I, we had to get her off the floor, out of the elevator and she went down again,” Dr. Deb divulged. “She was staying with me and my friend and we had to go put her in bed. And that was my first Morning Meds and that was just devastating and I was crying, crying, crying [and] just so confused. I didn’t understand what was going on and that was September of [2019].”