Braunwyn Windham-Burke answered a number of questions about her marriage to husband Sean Burke after sharing a family holiday photo on Instagram.

Days after the Real Housewives of Orange County cast member confirmed she is a lesbian and said she’s never been attracted to men, Braunwyn confirmed where she stands in regard to a potential divorce before taking aim at co-star Kelly Dodd for suggesting she isn’t a “real alcoholic” and gushing over her new girlfriend, Kris.

“So the divorce rumors are true?” a fan asked Braunwyn in the comments section of an Instagram photo of herself and her family visiting with Santa.

“Right now we’re taking it one day at a time and figuring out what works,” Braunwyn replied. “We don’t have any answers, we just know we love our kids and we will always be family.” 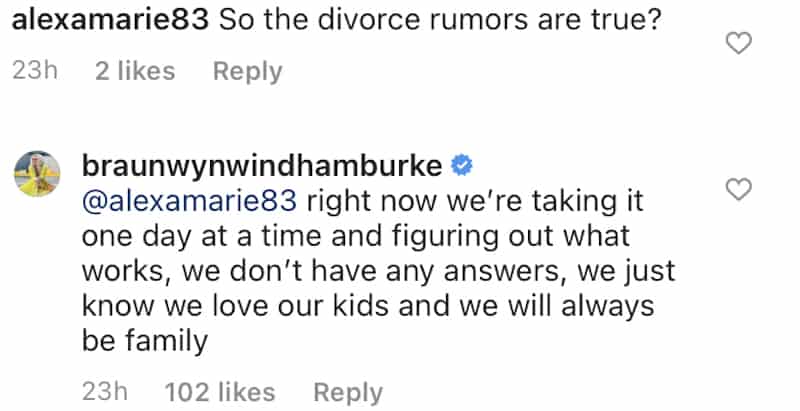 Also on Instagram, Braunwyn responded to Kelly’s suspicions about her alcoholism, which she voiced during an episode of Watch What Happens Live last week.

“I’ve learned through others that when people have a hard time with me being sober it’s more about their own issue,” Braunwyn said, according to a screenshot shared by the Real Housewives Franchise on Instagram. “Were people in my life telling me to ‘clean up my act.’ Hell ya, I was black out drinking most days…did I get sober for the show? Maybe, I knew we were filming soon and I was scared to have what happened the year before (I don’t remember some scenes.) Is there a doubt in anyone’s mind who knows me I’m an alcoholic? No.”

“It’s low, but she’s pretty vile and cruel so it’s not unexpected,” she added. 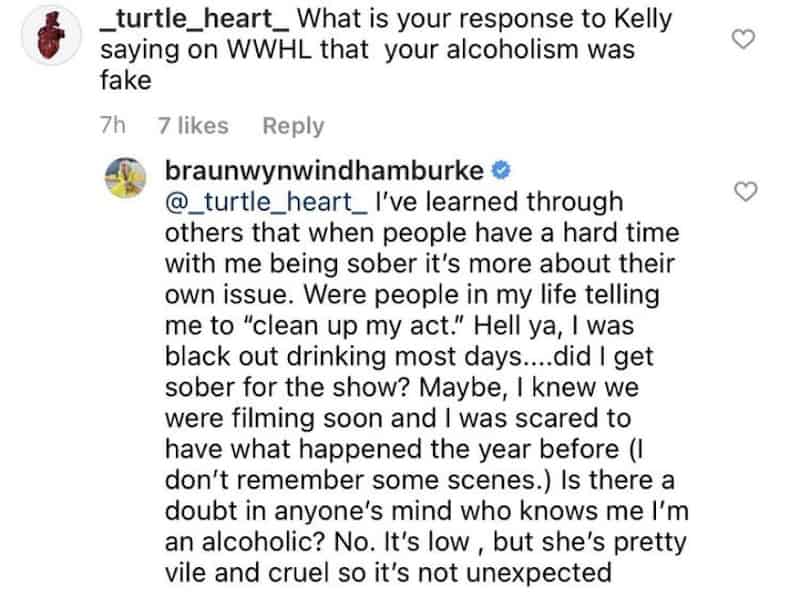 Continuing on about her relationship to Sean, Braunwyn reacted to a fan who wondered how she conceived seven children with her husband if she’s not attracted to men.

“Feel free to Google and educated yourself,” Braunwyn responded.

Then, when another fan suggested Braunwyn was selfish and empathized with her kids, saying, “Those poor kids,” Braunwyn admitted that it wasn’t easy watching herself on RHOC.

“Yes, watching that back was hard, I apologized and we talked, I’m not a perfect parent but I try to learn and grow from my mistakes. I’m the same on and off camera, so you see me at my best and worst,” she explained. 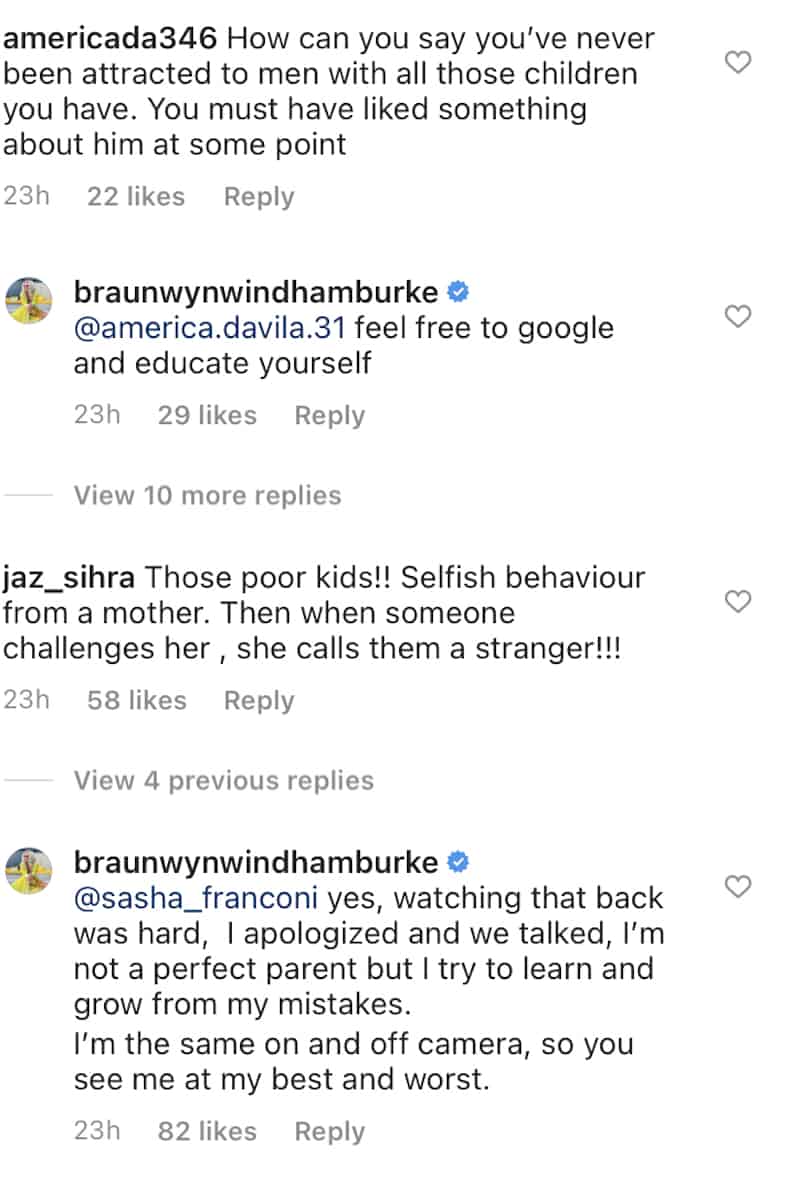 Another fan took aim at Braunwyn for confusing her children by remaining married to Sean all while dating someone else.

“So if she has a girlfriend why is she in a family photo with her husband? I’m so lost. These kids have to be so confused about what a marriage is,” the person stated.

“Not at all,” Braunwyn replied. 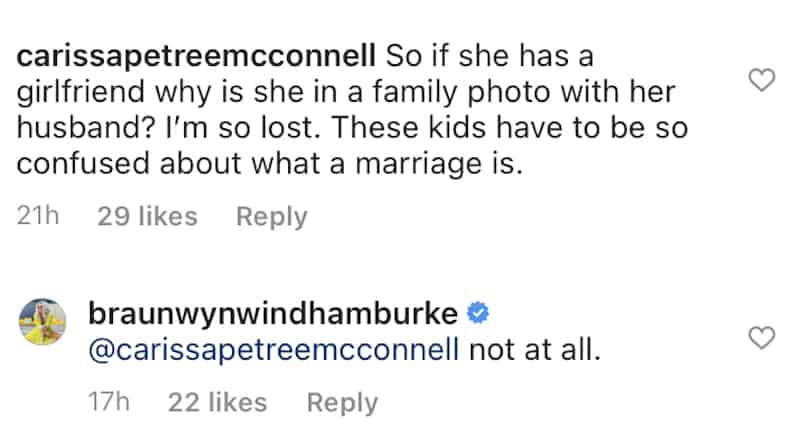 Someone else wanted to know details about the new woman in Braunwyn’s life and asked, “Who is your girlfriend who are you dating?”

“Her name is Kris. She’s lovely,” Braunwyn responded along with a red heart emoji.