Home Real Housewives Of Salt Lake City News PHOTOS: See the RHOSLC Reunion Looks as the Cast Shows Off Sparkling Dresses After the “Unprecedented” Season 1! Plus Poll For Best Dressed!

PHOTOS: See the RHOSLC Reunion Looks as the Cast Shows Off Sparkling Dresses After the “Unprecedented” Season 1! Plus Poll For Best Dressed!

The dramatic debut season of The Real Housewives of Salt Lake City is coming to an end, and the ladies are showing off their sparkling season one reunion looks.

The inaugural season of RHOSLC was anything but boring as it was the perfect blend of drama and fashion. Of course, the ladies are bringing both to their first-ever reunion, and although it might seem impossible, they even stepped it up a few notches.

According to host Andy Cohen, the reunion taping was an unbelievable, intense experience, and he was floored by the level of animosity between some of the ladies.

“It is nine at night. We are still shooting the Salt Lake City reunion. Unprecedented for a Season 1, 13-episode run. We’re still going at nine o’clock. Lisa’s in the bathroom. So, I mean, this is like unbelievable. It’s good. There’s a lot happening in this winter wonderland, I will tell you that,” Andy explained as shared by Bravo TV.

Although fans may get some piping hot tea from the reunion, their looks are likely even hotter!

Mary Cosby chose an Alex Perry gown and paired it with Christian Louboutin shoes. The First Lady has never looked better in this bright gold sequined gown with a furry touch around the neck and wrists. 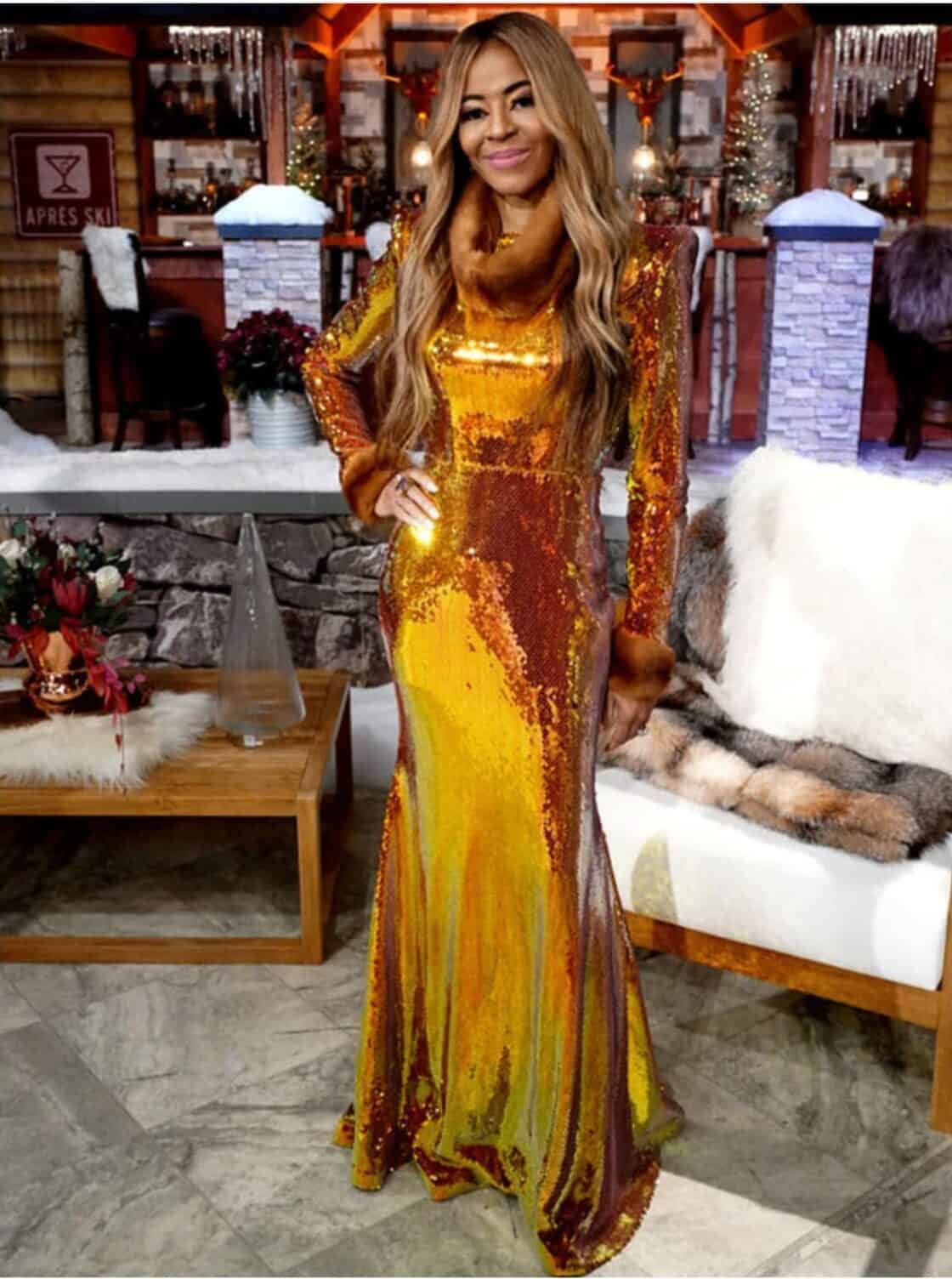 Lisa Barlow came to slay in a Michelle Mason design, which really accentuates her trim figure. Lisa is stunning in this one-shoulder bronze dress, and the long, beach waves help bring this entire look together. She also supported her bestie Meredith Marks by wearing a chocolate diamond piece Meredith designed on her ring finger. 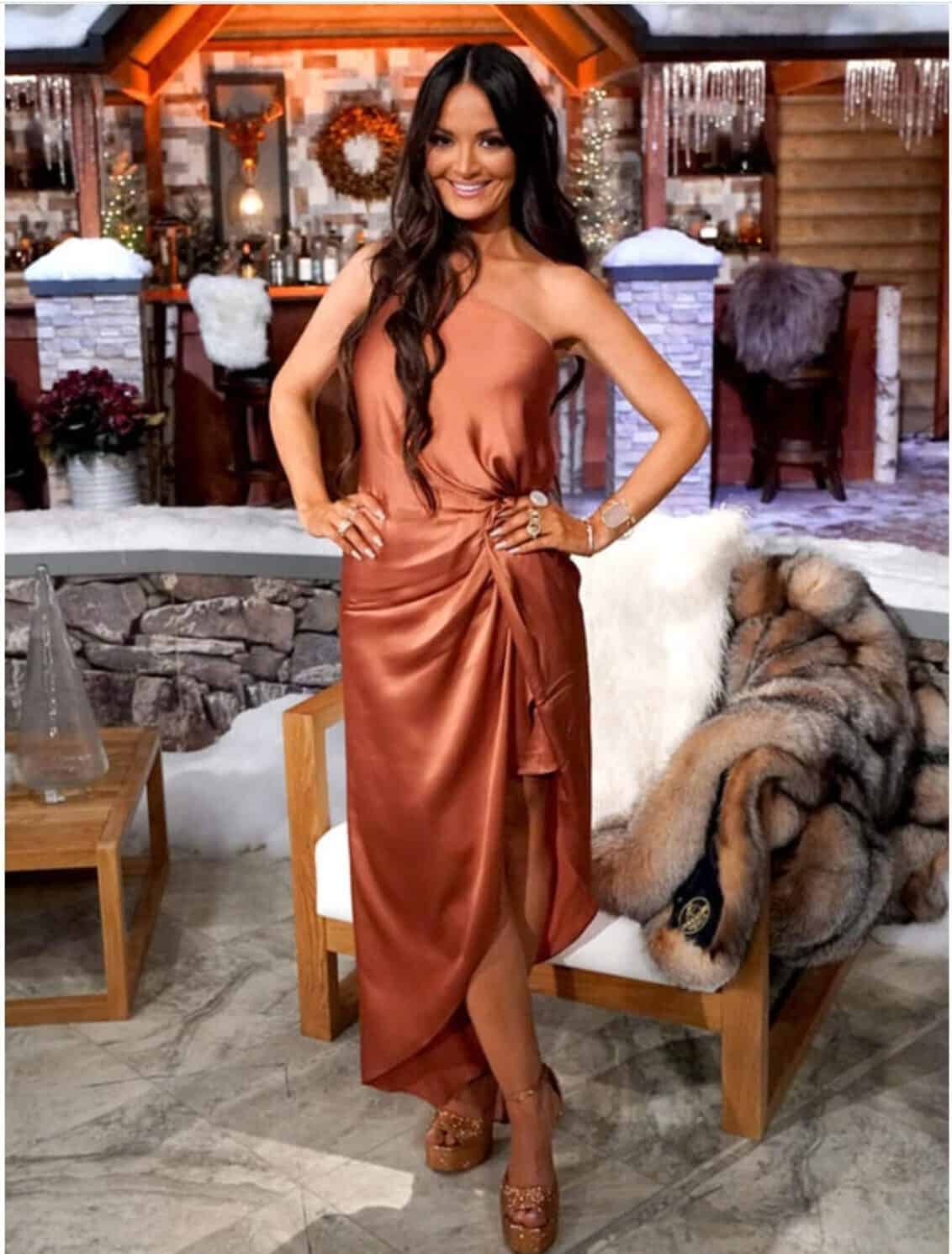 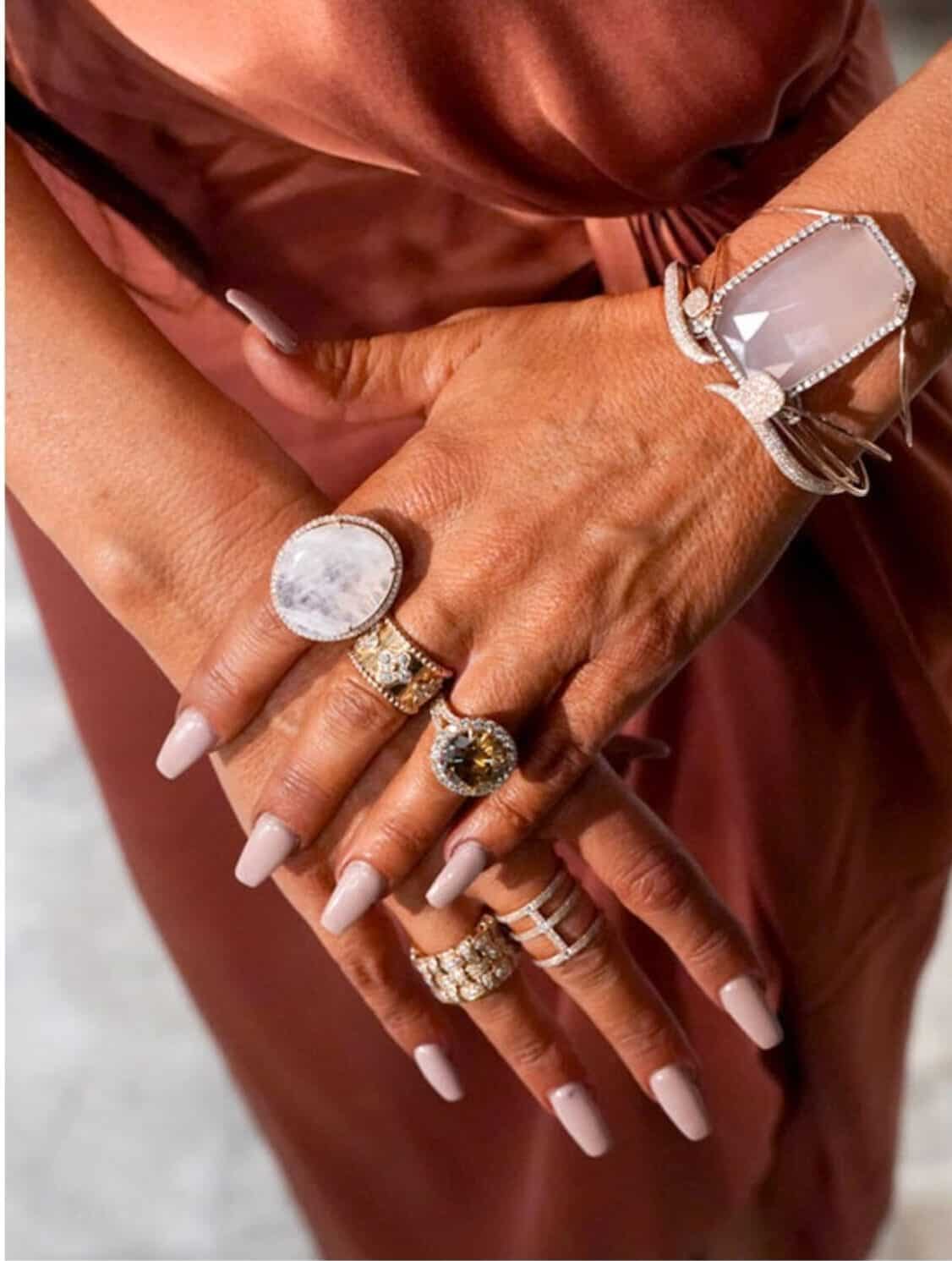 As for Meredith, she really knocked it out of the park in this sexy, unique play on a classic tuxedo. She dazzled like usual in the asymmetrical copper Fadwa Baalbaki design while wearing her very own jewelry from her highly sought-after collection, according to Bravo TV. 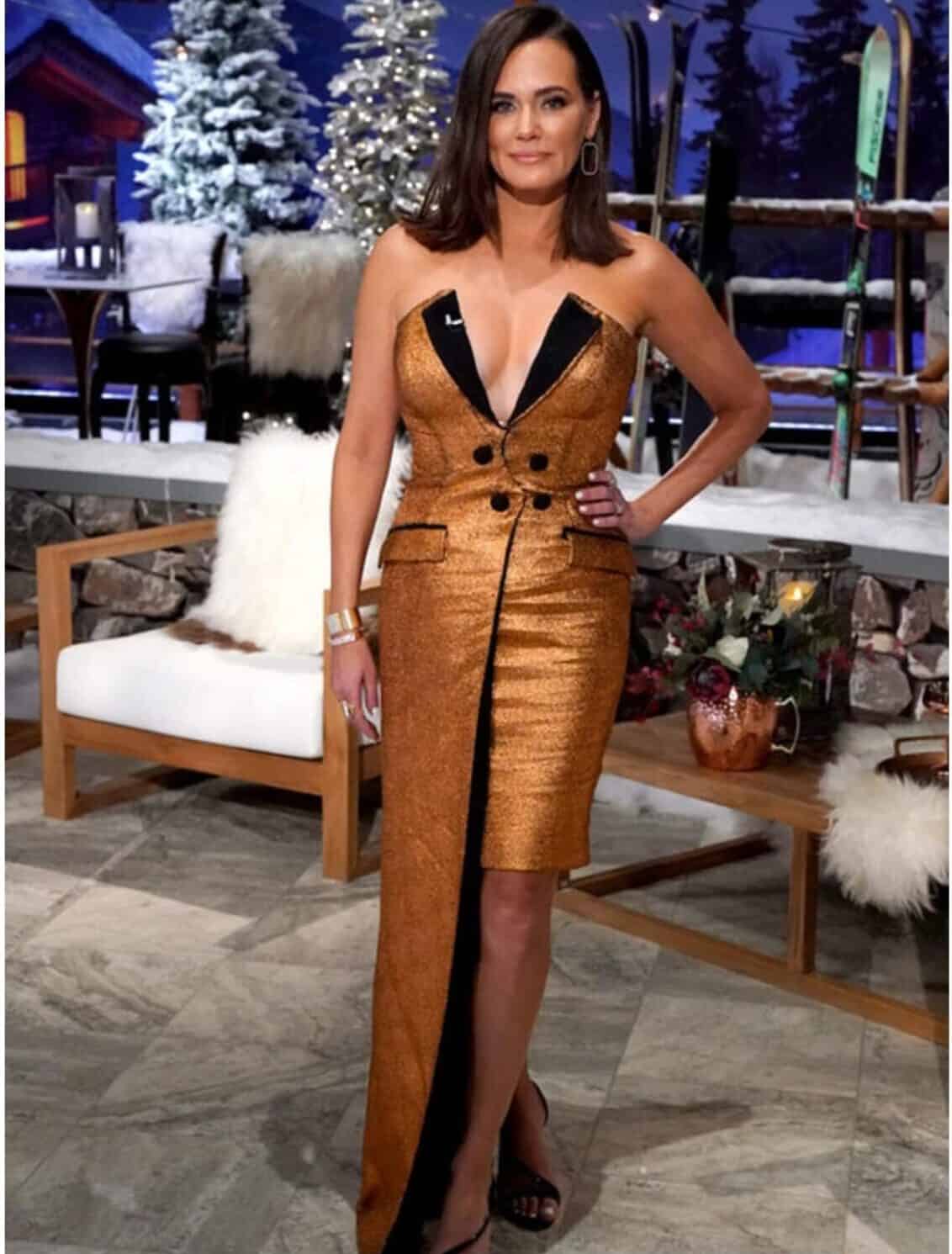 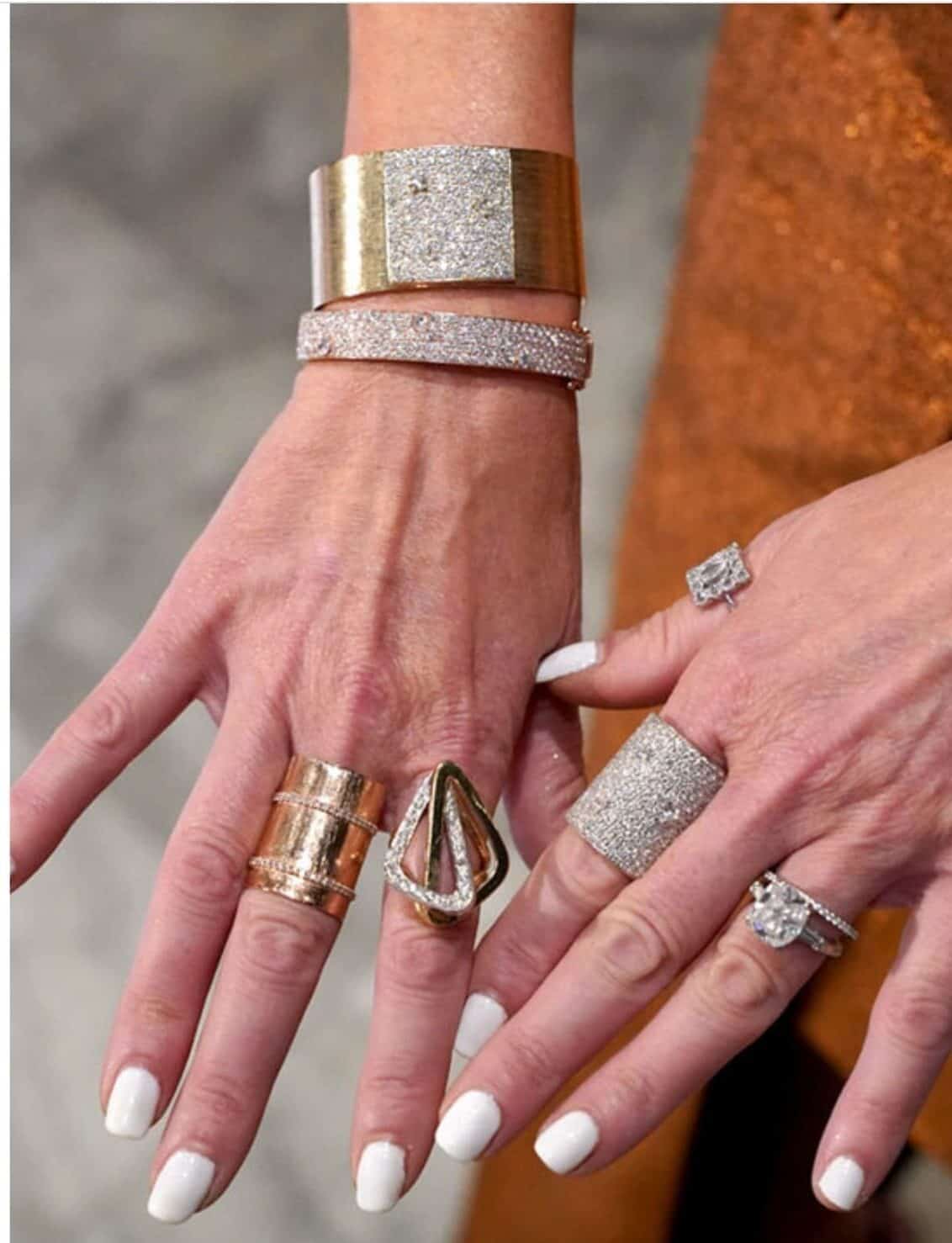 Whitney Rose looks like a real-life princess in this Lia Stublla number. The maroon colored gown really stands out and is both timeless and sexy with the deep neckline and leg slit. 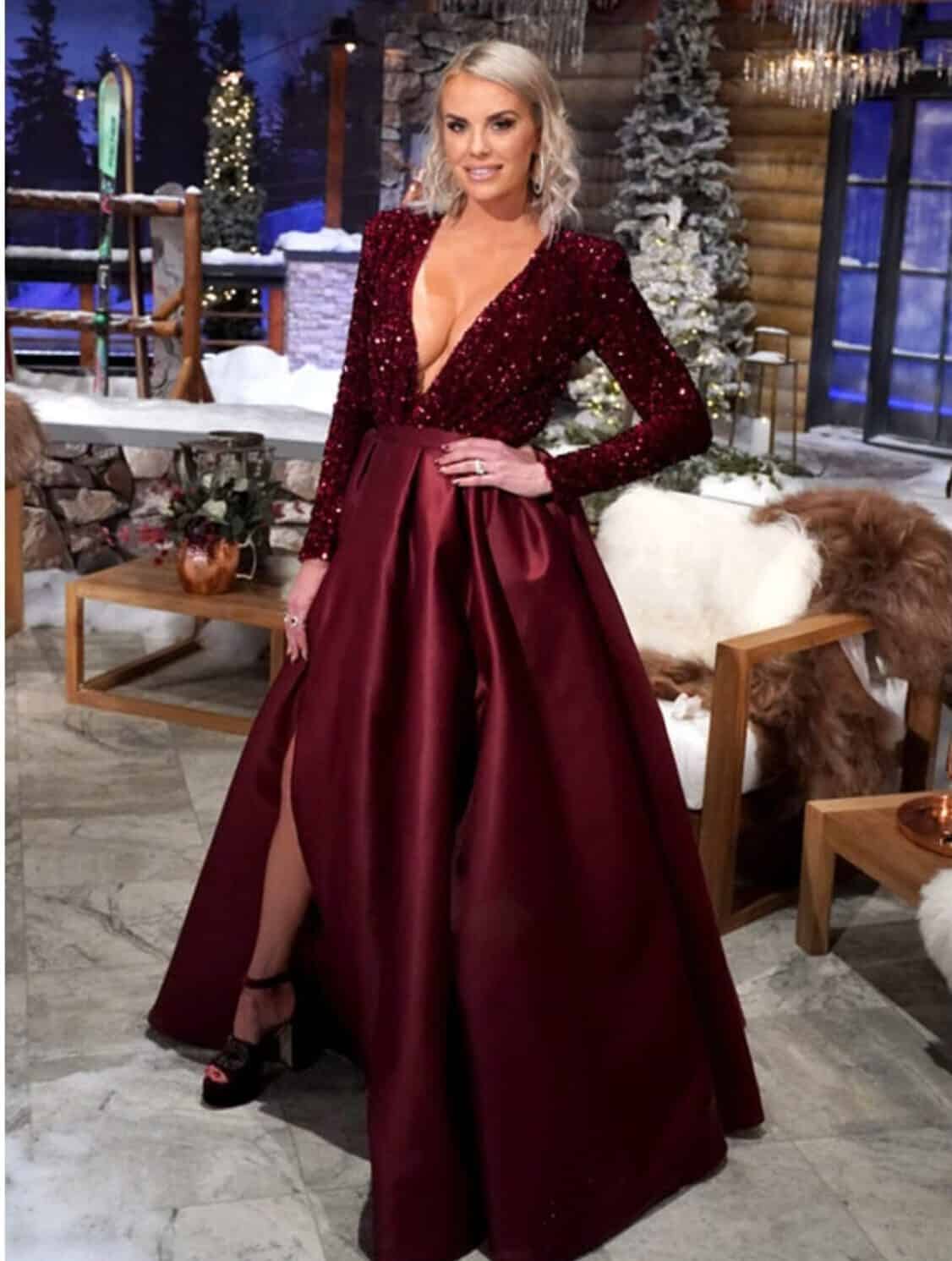 Heather Gay went with Koa Johnson for JXA Fashion and really showed off her toned legs with a high slit. The mother-of-three looks confident and ready to take on her co-stars in this nude appliqué gown. 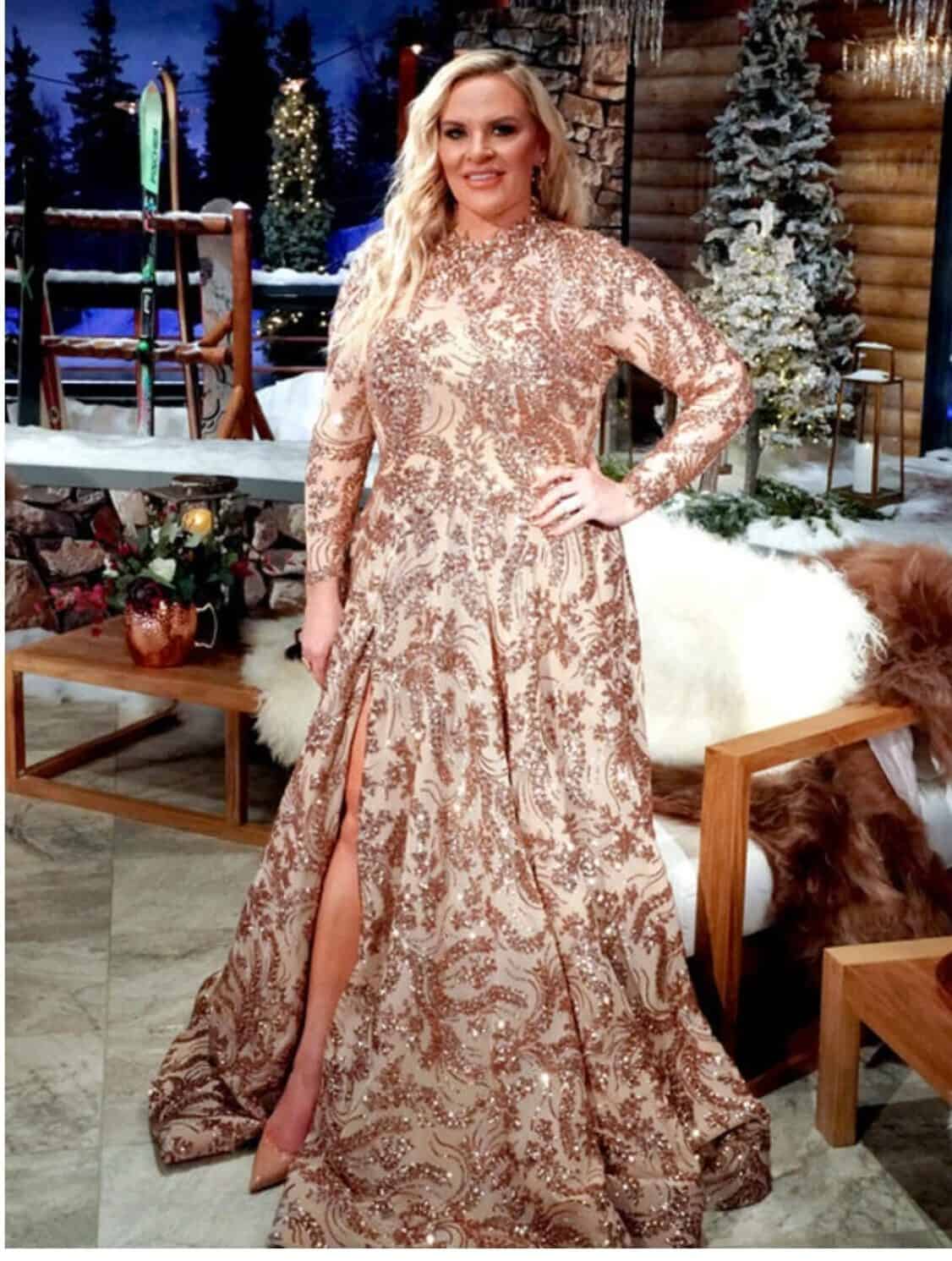 Just like her dear friend Heather, Jen Shah also went with Koa Johnson for JXA Fashion. After admittingly spending weeks working on her first reunion look, the fiery reality star knocked it out of the park in this extremely detailed design. It’s evident Jen wanted to make a statement in this sequined number with a feather train and balloon sleeve. 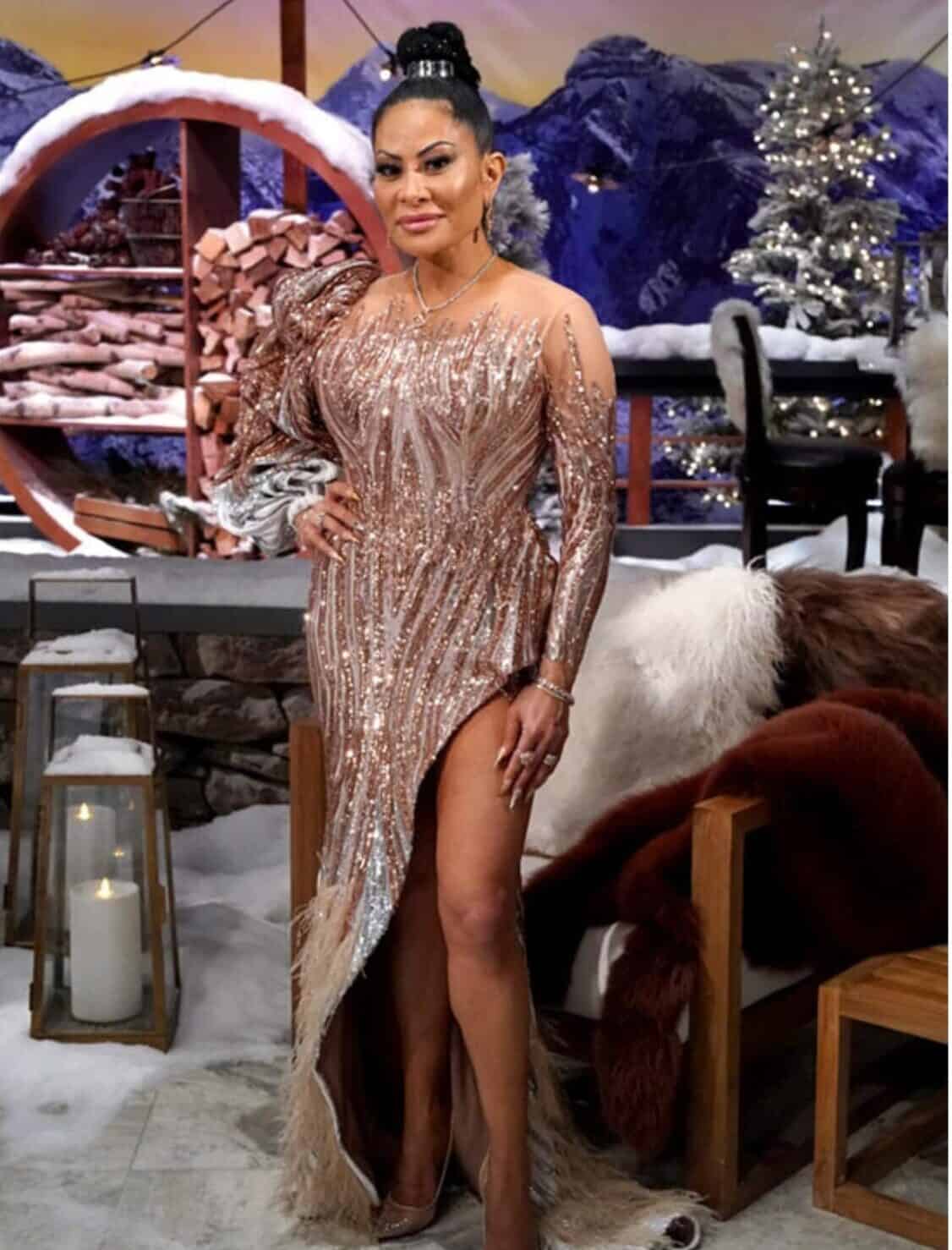 The Real Housewives of Salt Lake City airs Wednesdays on Bravo at 10/9c.