Home Below Deck Below Deck Recap: Rachel’s Drinking Escalates, Captain Lee Reflects on His Son’s Passing, And the Interior Crew Falls Ill, Plus Will Elizabeth and James Last?

Below Deck Recap: Rachel’s Drinking Escalates, Captain Lee Reflects on His Son’s Passing, And the Interior Crew Falls Ill, Plus Will Elizabeth and James Last? 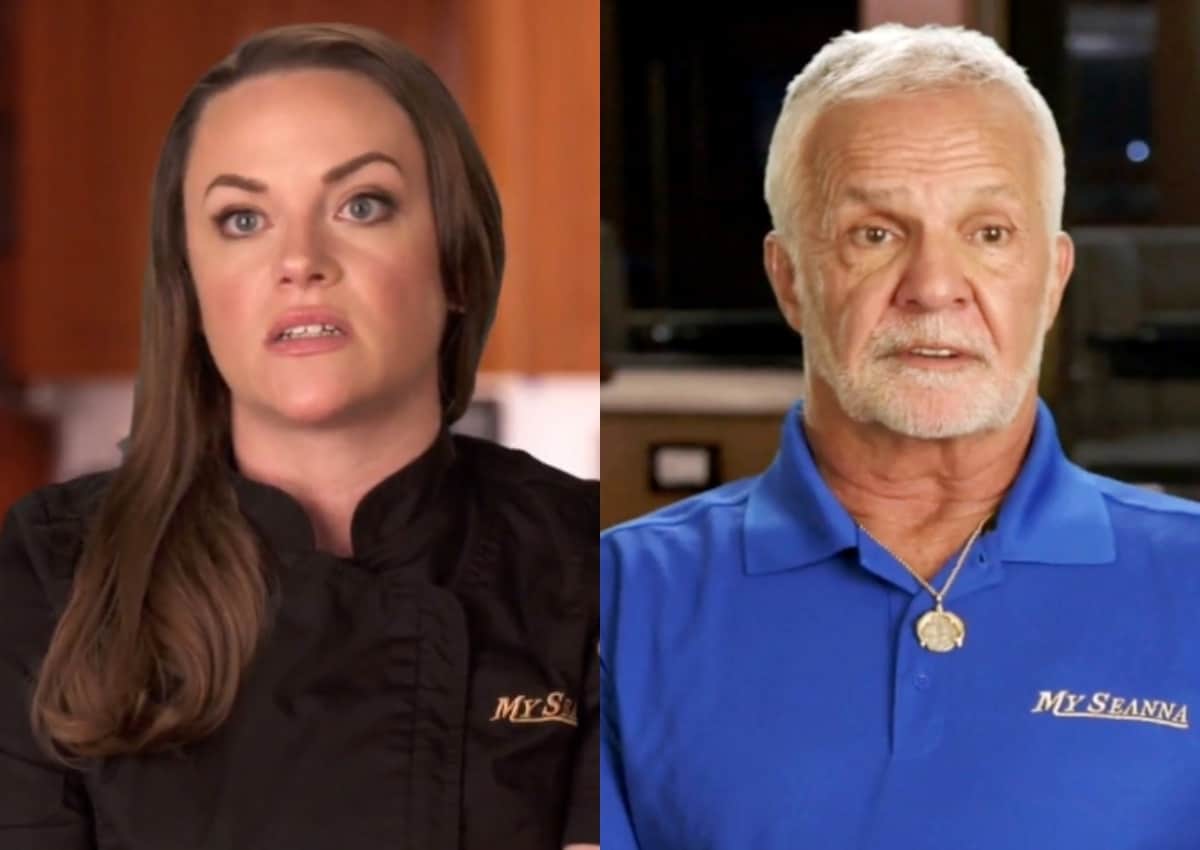 “Don’t embarrass yourself. Don’t embarrass the boat.” Welp, Rachel definitely went and broke those rules, huh? On this episode of Below Deck, the crew struggles to deal with Rachel as the on-board health dwindles.

The crew is enjoying a fine day at a beach club until Rachel decides to get absolutely wasted and jump on stage to sing with the live band. Eddie has completely had it with Rachel. He straight removes himself from the situation, but Francesca manages to pull her back to the lounge chairs. As Eddie and Rob paddleboard together, Rachel passes out and James and Elizabeth sequester themselves from the rest of the group because, love.

Elizabeth appears to have been drinking the same thing as Rachel because she slurs ridiculous things to her new romantic interest such as, “I think you’re gonna have to propose to me, James. Do you think it’s insane?” I’m gonna go ahead and answer that… YES. They have been together for 37 seconds, but Elizabeth believes life is short, do what you love. YOLO.

Everyone is all showered post-beach hang and Rachel is STILL in her beach ensemble. She can hardly keep her eyes open when she decides to stir the pot. Rachel has not been shy about her dislike of James. She also REALLY does not like her girl Elizabeth falling under the spell of James. Rachel uses this time to share her thoughts. She tells Elizabeth that James is a loser, among other things, and although Rachel is saying exactly what we are all THINKING about James, bombed at a dinner, sitting RIGHT across from him, is not the most ideal time to voice concerns to Elizabeth.

James is annoyed that Rachel is talking sh*t about him… right in front of him… but he is even more annoyed that, according to him, Elizabeth is not defending him. Elizabeth half shuts down Rachel from bashing James and takes the conversation away from the dinner table.

It’s too late, though. James claims that the whole Rachel and Elizabeth thing is a bit off-putting. James avoids Elizabeth for the cab ride back to the yacht because Rachel was with her, and he lets his crewmates know, “I don’t think she’s (Elizabeth) my girl after tonight.” Uh oh.

The next morning, Rachel claims she can’t remember anything, and as awkward as she may feel, she has chosen to pick up and move on. The only problem is, everyone else remembers what was said. Rachel heads off to provision, and that gives everyone a chance to talk smack about her.

Thankfully, Eddie reminds Elizabeth of what occurred the night before. She runs (faster than I’ve ever seen her move this entire season) to apologizes to James, the same way she apologizes to Francesca. She is certainly a pro at this. Elizabeth promises to “stand up for her man” (LOL) and begs James to forgive her.

Izzy goes off to see a doctor (FINALLY) and Rachel returns on the dock with provisions. But no one is quick to jump and lend her a helping hand. Captain Lee can smell a problem brewing so he asks to talk with Francesca and Eddie to figure out what is happening. Captain Lee prods them only to find out that Rachel is a sloppy drunk who doesn’t play nice with others. The captain asks to shelve these issues because with the coronavirus spreading, there’s ZERO chance of them being able to find a replacement chef.

Izzy is back! She has a double kidney infection, a UTI, and strep throat. OMG. Being on a superyacht, working on a deck, moving heavy materials, does not sound like the wisest place for Izzy to be…

Rachel, Francesca, and Eddie sit down for a preference meeting with the captain. These Texans are bringing their little pup and seem relatively normal after the last few charters they’ve seen!

Later, Captain Lee becomes emotional thinking about Rachel. Francesca pops in to see him, he pours her a glass of wine, and they get to chatting. Captain Lee wants to know more about Rachel and states that she’s not gonna wanna hear anything until she’s in a state of sobriety. It turns out he sees a little of his son in Rachel. The same son who Captain Lee found… dead from a drug overdose. It such a sad moment as pictures flash across the screen of Captain Lee and his late son. Big hugs go out to the captain and his family.

As the crew preps for the guests, Ash complains that she believes SHE is getting sick now, too. Izzy should have DEF isolated herself sooner.

Izzy is finalllllllly feeling better just in time to kick off this next charter, but Ash is not well. And now Rachel? “I’ve got bubble guts.” When the chef says that, I would PASS on eating anything she cooks right now… On top of that, Elizabeth thinks she has a UTI coming on. Yikes.

EW, Rachel. “My whole goal right now is to not shart.” Rachel whips up her western night dinner and Captain Lee is joining these guests to eat tonight. If only everyone stuffing their faces knew that the chef was essentially holding it together and praying for some Depends…

Surprise, surprise. Elizabeth is more concerned with her boatmance with James than her job… what else is new? Like, tie back your hair, girl! It is evident that James is starting to pull back and any hope of him proposing to Elizabeth seems waaay far off. Not sure if Elizabeth is going to get any sleep tonight, and it’s not because she is worrying about her “relationship.” No, no. She has a UTI. Here’s to hoping Rachel had cranberry juice with those provisions.

According to Francesca, Elizabeth is taking advantage of being sick. Eye roll. Captain Lee is at his “wit’s end” and allows Francesca to get a doctor on board as Rachel and Ash are also a bit off. Hope Elizabeth wrote her name on that bottle of cranberry juice… she was chugging that jug like she was at her mom’s kitchen!

As if things could not get any worse for Elizabeth as she struggles with her UTI, it is becoming more and more clear that James is exactly who Rachel said he was. James talks about other girls on Instagram and talks about how his Instagram is all full of girls RIGHT IN FRONT OF ELIZABETH. She is insulted and beginning to think maybe Rachel was right. Is James just a f*ck boy, or can this relationship turn into something more?