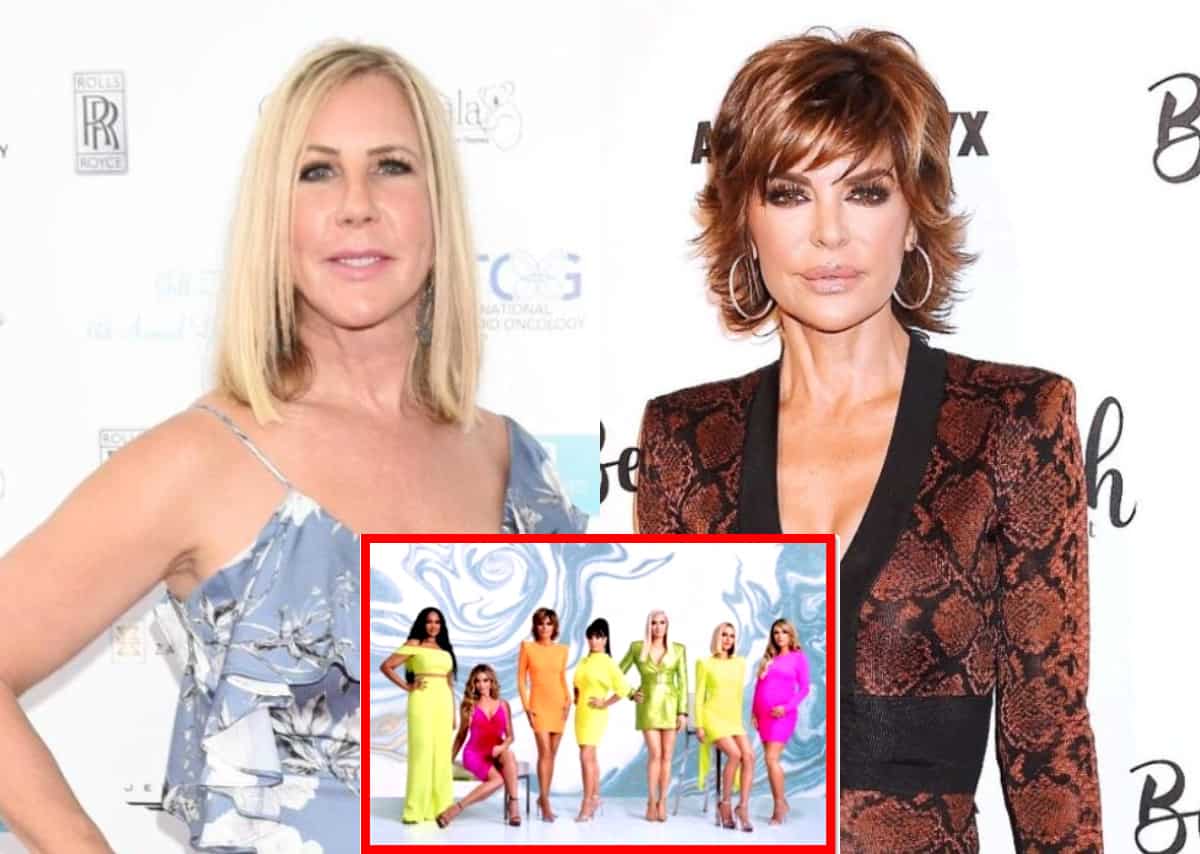 Vicki Gunvalson is shading the ladies from The Real Housewives of Beverly Hills and their snobbish behavior as she also specifically calls out Lisa Rinna for apparently looking down on her.

During a recent podcast interview, Vicki had a lot to say about the women from that franchise.

After revealing that she speaks with Bethenny Frankel, Nene Leakes, and Ramona Singer on occasion, Vicki was asked if she heard from any of the ladies from Beverly Hills when she left the RHOC. She says that would never happen because the RHOBH women think they’re above the other franchises and look down on the other ladies.

“I don’t really associate with the Beverly Hills ladies,” she shared with David Yontef on the Behind the Velvet Rope podcast. “I think they think that we’re Orange County and they’re Beverly Hills and I think there’s a little bit of ‘go away girls.’ I feel that from them. They think they’re above us. I wouldn’t live in Beverly Hills if you paid me. I love my Orange County. I mean I’ve got two acres and I’ve got a big pool and I can have 100 people in my backyard and a lot of them can’t because they live so close to each other. I don’t think they give me the time of day. They wouldn’t have this job if it wasn’t for me starting this damn thing,” she quipped.

The OG then went on to describe the last time she was around the Beverly Hills ladies, and she discussed what went down with Lisa Rinna that was “messed up.”

“The last time I saw them was either at BravoCon or [Andy Cohen‘s] baby shower,” Vicki said. “And, truly, Lisa Rinna didn’t give me the time of day. I said hi to her and she was like, ‘Oh yeah, you’re Orange County.’ I just felt looked down on. I mean, she’s up on the dance table dancing and I’m like, why? This is Andy’s baby shower and you want attention? I just sat back thinking, wow, this is a little messed up.”

She was then asked if she could recall any other bad experiences from her time at BravoCon and Vicki explained that she simply chose to avoid the Beverly Hills cast members as much as possible.

Vicki says that although there’s a certain amount of rivalry among the different Housewives’ franchises, the RHOBH cast members are on a whole other level and believe they’re “invincible.”

“They think they’re invincible and it’s a popularity contest [like] a sorority on steroids,” she claimed. “And we all do have that synergy because we’re all on a reality show together, and there’s a lot of ladies coming and going, and a lot of franchises. So, it is nice to have that group of women that you can have some sort of relationship with, but I think it’s very misguided, this popularity contest. We’re not in high school anymore, you know?”