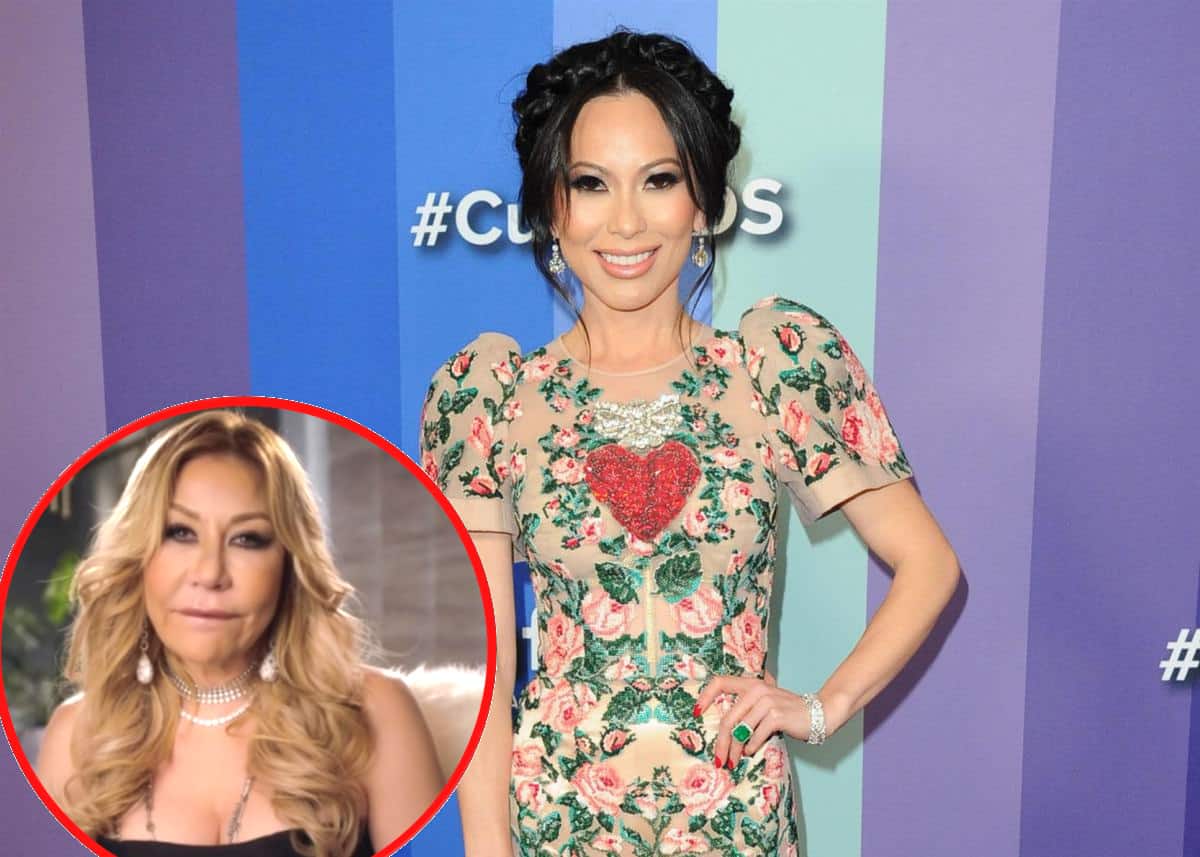 Bling Empire star Christine Chiu talks Anna Shay drama and a potential season two as it’s revealed she was once considered for The Real Housewives of Beverly Hills and even filmed scenes with Brandi Glanville.

Christine filmed scenes with Brandi back in 2014 during RHOBH‘s fifth season and was described as “the wife of plastic surgeon to the stars Dr. Gabriel Chiu.” However, producers apparently thought she was lacking something because she tested for the show three separate times and was obviously never offered a diamond or a friend role.

“She has the lifestyle producers are looking for, but there’s something holding them back because this is the third season they’ve tested her for,” a source told Radar as reported by The Sun. “Christine fits in really well. It’s just a matter of whose ‘team’ she’ll be on and what sort of storylines she can bring to the show.”

As it turns out, Christine, 38, makes for a great reality star as she’s now a part of the hit Netflix show Bling Empire, and her lavish lifestyle on the new series is really giving the Beverly Hills women a run for their money. The Taiwan native also knows how to bring the drama as Bling Empire fans have witnessed her bicker with fellow cast member Anna.

In a recent interview, she was asked about her issues with Anna and whether or not she thinks she “won” in the games the two seemingly play.

“Winning is a tricky word. It depends on how you define winning,” she explained in an interview with Oprah Magazine. “How I would define winning is being happy in life. Being happy with yourself. I would say that both can win. Only Anna can answer whether or not she feels that she won in relationship to that definition.”

One of the biggest controversies of the season occurred when Anna invited Christine to her party but altered the time on her invitation so the star would arrive late, but Christine isn’t too fazed by the snub anymore.

“Well, you know. The fun part of Anna is that she has a lot of time on her hands,” the new reality star quipped. “She has time to come up with games. That brings her pleasure. Maybe sometimes at other peoples’ expense. But if that gives her a little chuckle, that’s okay. I can arrive late. I’m a big girl. I have a lot of other priorities in my life than to be bothered by a party.”

As for a second season of Bling Empire, Christine says she’ll definitely be back if it’s picked up again. In fact, she even teased her season two storyline.

“If you thought I dropped a big bomb in season [one], you have no idea,” she revealed. “There’s something even greater. It’s going to be an, Oh my god first that I hope will touch many people on many levels that is also timely in our climate.”