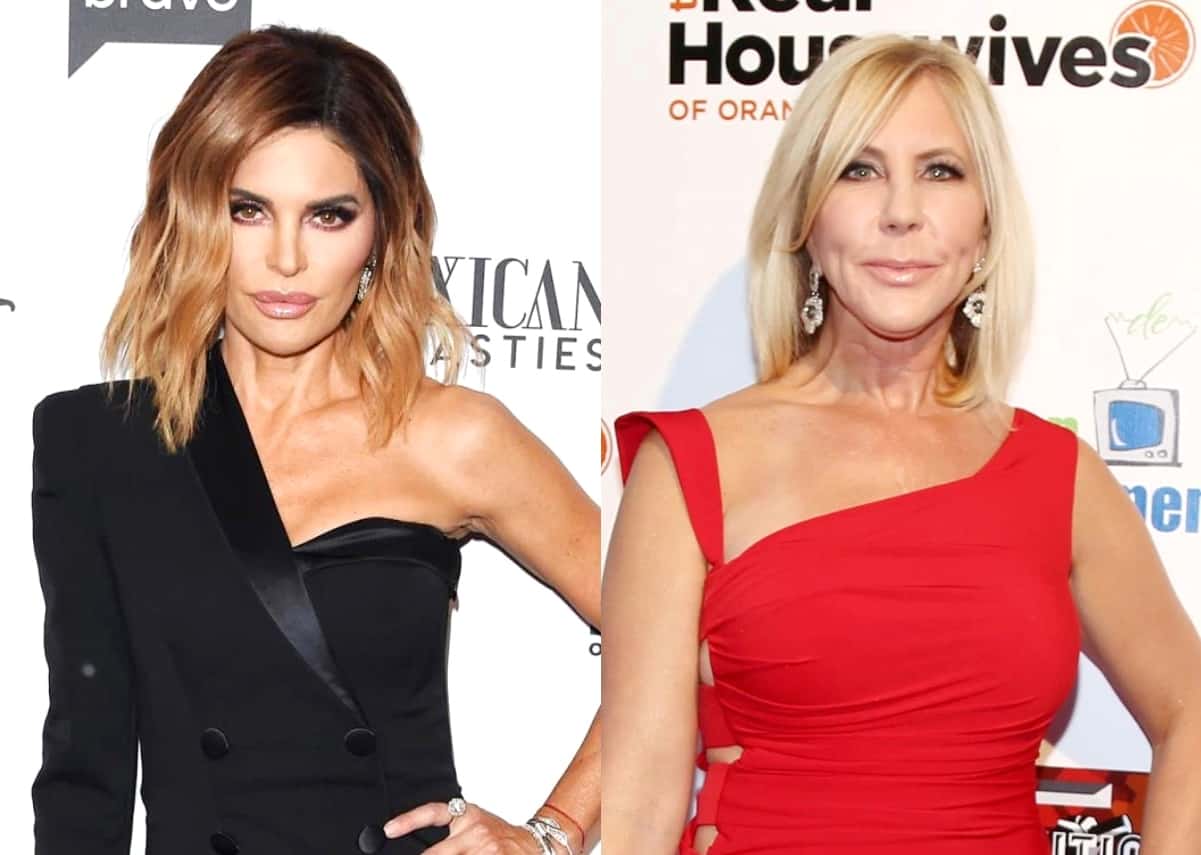 Some fans suspect Lisa Rinna is throwing shade at Vicki Gunvalson after Vicki claimed Lisa’s dancing on a table at Andy Cohen‘s baby shower was an attention grab.

Vicki specifically mentioned Lisa Rinna as she described how the actress allegedly snubbed her before discussing the “messed up” thing Lisa did.

“The last time I saw them was either at BravoCon or Andy’s baby shower,” Vicki said. “And, truly, Lisa Rinna didn’t give me the time of day. I said hi to her and she was like, ‘Oh yeah, you’re Orange County.’ I just felt looked down on. I mean, she’s up on the dance table dancing and I’m like, why? This is Andy’s baby shower and you want attention? I just sat back thinking, wow, this is a little messed up.”

Then, on January 26, Lisa posted a video of the table dance heard round the Housewives‘ world. She is seen doing her infamous leg kick and all as Housewives from all franchises cheer her on. The day the video was posted also happened to be the two-year anniversary of the epic shower.

“Two years ago today {DJ Cathy Michele] inspired this,” Lisa captioned the post. “[Andy’s baby shower repost]. Get up on a table and dance for Andy and his baby Now!!!!”

Right away, some fans suspected Lisa was taking a shot at Vicki.

“Is this a read on Vicki Gunvalson because she reckons you didn’t give her the time of day?” asked one fan.

“Will always be one for the story books,” Dorit Kemsley commented. 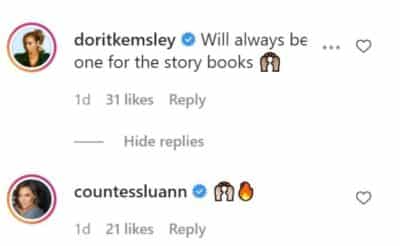 The 11th season of The Real Housewives of Beverly Hills is expected to premiere on Bravo sometime in the spring.