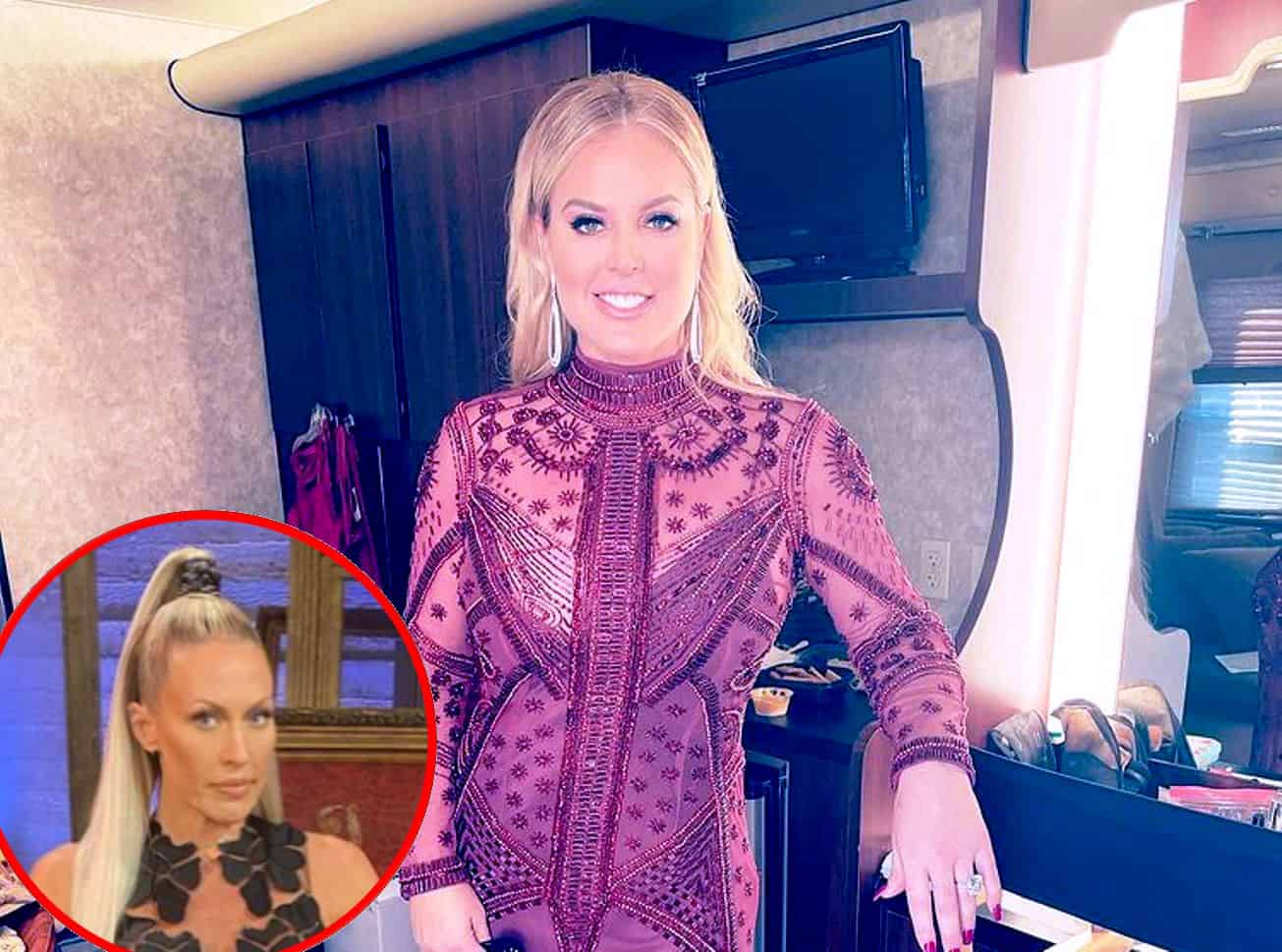 Elizabeth Vargas says she’ll be back for season 16 of The Real Housewives of Orange County and claims she tried to be a good friend to Braunwyn Windham-Burke, but the star’s “narcissism” wouldn’t allow it.

Just days after Andy Cohen seemingly confirmed a major cast shake-up next season by implying there will be a show “reboot,” Elizabeth is claiming she will not be a one-season wonder. When asked by a fan account on Instagram if she’ll be returning, she responded with a strong “Duh!”

Still, some fans weren’t buying it. “Andy said this morning they haven’t decided where to take the show and that they haven’t discussed it a ton,” one fan commented.

“I didn’t think they had even started discussing contracts for next season yet,” wondered another fan.

While it’s unclear if season 16 contracts have actually been sent out, if Elizabeth does return, she’s likely hoping that Braunwyn won’t. Even after the mother-of-seven reportedly spent a great deal of her quarantine time attempting to dig up dirt on the newcomer, Elizabeth says she was willing to forgive Braunwyn and offer her the support she needed anyway.

In a recent interview, The Edge Music founder says she genuinely tried to be a friend to her co-star, which is why she chose to open up to Braunwyn about the abuse she allegedly endured while growing up in a cult. However, she says Braunwyn tried to “run [her] over for fame” instead.

“When I found out she was doing all that stuff, I said, ‘That’s her addict,” she told Us Weekly’s Getting Real With the Housewives podcast.  “And so as the time went on, I kind of realized she didn’t care about what just happened to me. It doesn’t even matter to her because it didn’t do anything for her and that’s when the narcissism came out. I was, like, now I’m getting PTSD watching this woman trying to run me over for her fame.”

Elizabeth added, “I have a problem with how she treats others and I realized all through this season, I cannot help her. I’m her target now because I’m the one who knows her the best. So I thought if she needs me to be her target, that’s fine if it heals her heart, but I don’t think it’s doing anything.”

“I think that she’s sober from alcohol. Sobriety takes many different forms and believe me, I’ve been through this with my family. You need to be sober from everything, that’s called sobriety,” she declared.