RHOC Star Elizabeth Vargas Suggests Braunwyn’s Not Sober Despite Not Drinking, Reveals Why Her Co-Star’s Behavior Was Painful To Watch And Teases “Odd” Reunion 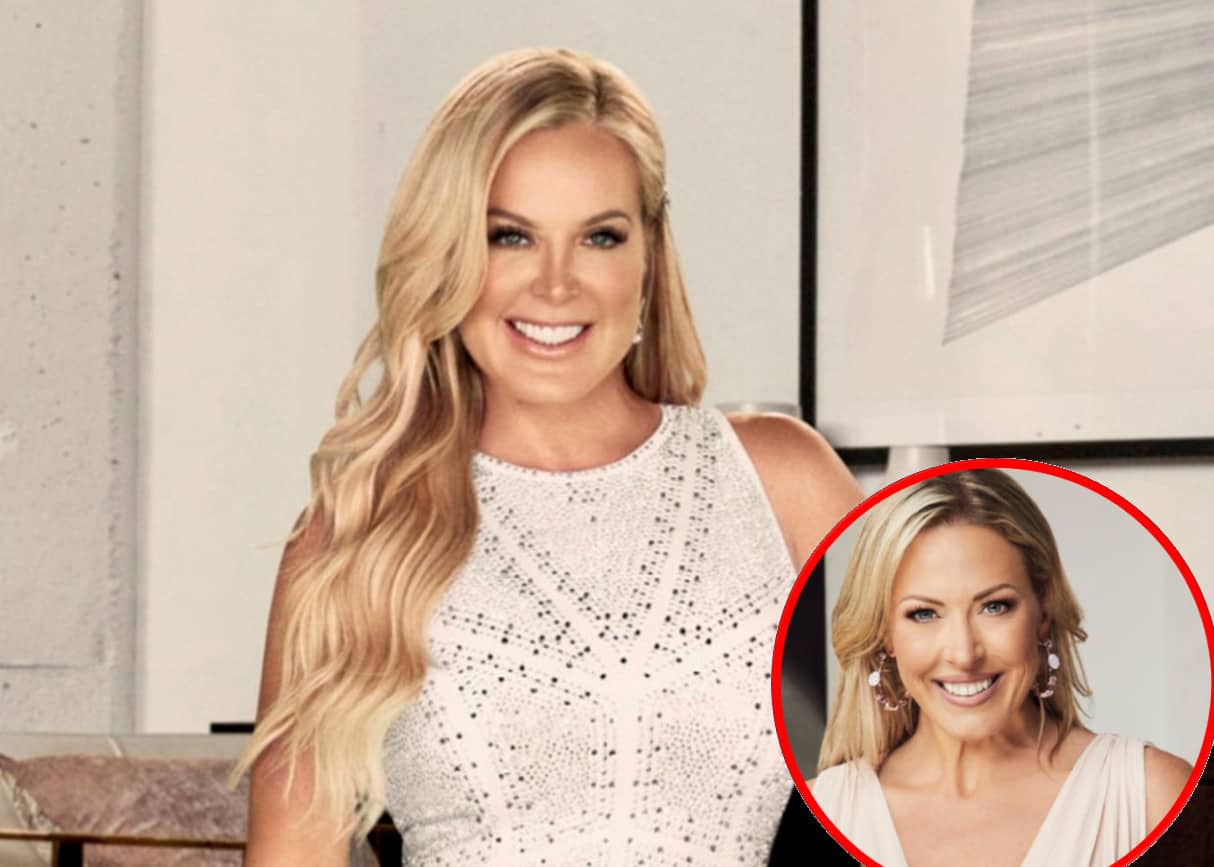 Elizabeth Vargas is questioning Braunwyn Windham-Burke‘s sobriety and claims witnessing her co-star’s struggle with sobriety was painful. She also teases the “odd” reunion.

It’s Elizabeth’s first season on The Real Housewives of Orange County, and unlike many of her castmates, she hasn’t caused a great deal of conflict thus far. However, she appears to be catching on and learning the ins and outs of the Housewives way of life because she’s been very vocal on social media and in the press recently, especially when it comes to Braunwyn.

Although Elizabeth doesn’t believe her co-star is still drinking, she claims that doesn’t necessarily mean that Braunwyn is “sober.”

“Being sober, the word ‘sober’ has many meanings,” Elizabeth explained to E! News. “And when you say you’re sober you have to be sober from everything, not just alcohol. So she may not be drinking, but I don’t think she is sober. That is what I’m going to say about that.”

The Edge Music CEO is very familiar with the many issues addiction can cause because she’s witnessed her own sister struggle with the diseases for years. As a result, she claims it’s been difficult for her to witness Braunwyn’s journey play out, both in person and on the television screen.

“Braunwyn’s a very interesting woman. I don’t necessarily think it’s a storyline, I think she’s just really confused and trying to find her way,” Elizabeth expressed. “Having seven children and living in one house, you kind of probably lose yourself. So watching her go through her transitions all year have been difficult for me because my sister Anna has addiction problems and I’ve lived with my sister being addicted her whole life and blaming others for her problems. And to watch Braunwyn do the exact same thing, it hurt my heart.”

As fans know, Braunwyn came out as a lesbian after filming had already wrapped on season 15, but the mother-of-seven admitted to some rather shocking behavior on the show, including getting physical with her husband Sean Burke. Now that Braunwyn is being honest with herself and has possibly discovered the root of her issues, Elizabeth says she’s hoping her co-star will begin to heal and ultimately become a better mother and person in general.

“I wanted to watch her heal but instead she just kept digging herself in bigger, bigger holes and causing more chaos within her family unit,” she explained. “So it was very hard to watch her and what she was doing to her family this season. And I think that right now maybe because she’s come out as liking women, maybe that will heal her heart and she won’t feel the need to cause so much chaos within her family unit.”

Elizabeth reveals that Braunwyn’s behavior and “lifestyle choices” will be discussed in detail on the reunion, which she describes as “odd.”

“Obviously there’s a lot of attacks from every direction. I don’t even need to mention her name, there were some issues with one of the ladies in particular that I think a lot of people can’t relate to,” Elizabeth shared. “The ladies in general don’t agree with the lifestyle choices of one of the ladies and I think that you know who that is. So there’s going to be some discrepancies on whether they agree with her or not. And when you show up in a tutu that kind of throws everybody off too. So it was kind of an odd reunion.”

As for Elizabeth’s first reunion experience, she explains that it wasn’t an easy day for her either and she felt the need to fight back against a couple of her fellow orange holders.

“Let’s just say crazy ass biotches. I gotta tell you, it was everything and more [than] I expected,” she quipped. “I don’t think I was as prepared as I thought. I was going in there willing to forgive some of the ladies for what they did to me and instead a couple of them decided to try and eat me alive again. So I had to get my little girl balls on and punch back.”