Home Below Deck Below Deck Recap: Captain Lee Has A Breakdown Over Son’s Passing, Rachel Gets Frustrated With Francesca And Elizabeth’s Expectations For Birthday Fall Short

Below Deck Recap: Captain Lee Has A Breakdown Over Son’s Passing, Rachel Gets Frustrated With Francesca And Elizabeth’s Expectations For Birthday Fall Short 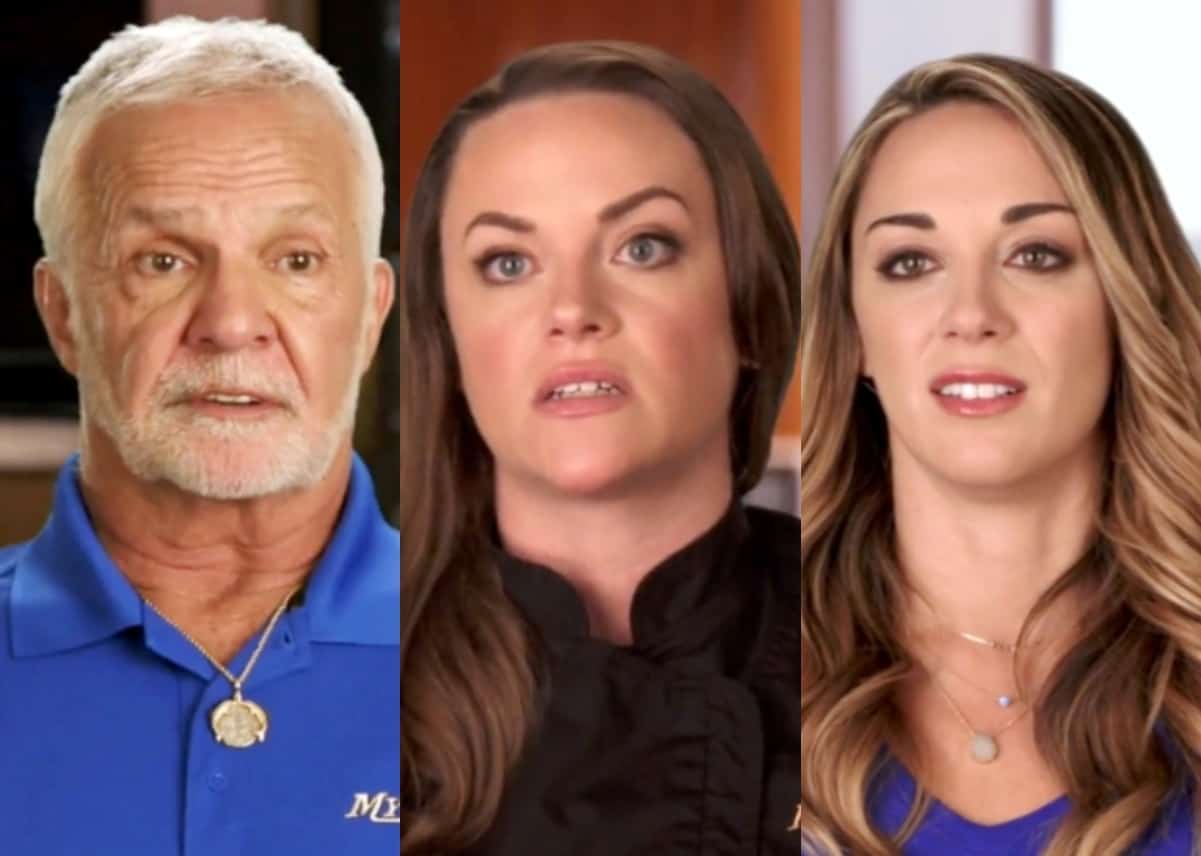 On this episode of Below Deck, Francesca is at her wit’s end with Elizabeth and her antics. There’s no time for drama as these charter guests have big expectations and the stakes are high.

Remember when Francesca wanted Elizabeth to be professional? And then she goes and brings up Elizabeth’s unprofessional behavior in front of other people? Good times. Francesca is livid that Elizabeth and James spent the night in the guest cabin and I love how Elizabeth tries to get out of trouble by stating she didn’t *technically* sleep in there. LOL. Francesca yells, “This is enough. I’ve had enough of you,” and she storms away, leaving Elizabeth more confused than she usually is.

Instead of reflecting on Francesca’s words, Elizabeth runs off to do the next best thing: call her energy healer. As Elizabeth FaceTimes and listens to some strange chanting in some strange tongue, Captain Lee walks in on her, and he is just as confused as the rest of the planet as to WTF an energy healer DOES.

The crew prepares for the Queen of Versailles and Elizabeth prepares herself for her 30th birthday. The night before her birthday was not the best, thanks to Francesca, but Elizabeth has high hopes that James will make her actual birthday special. It’s cute that she thinks James actually cares about her.

Hate how the boys on deck (notice I called them boys) are still acting like five-year-olds and giving Izzy a hard time as the lead deckhand. She shouldn’t have to beg them to follow her instructions.  Sure, maybe she’s not the captain, Rob, but she does have a title… something you don’t have.

Francesca is so disappointed in Elizabeth. She basically berates Elizabeth (again) and tells her this is the final straw (again). Happy birthday! Hilarious that Francesca is practically in tears about this, but Elizabeth smirks her way back to cleaning.

Francesca is too upset to help bring in the provisions (convenient), but she is better in time to bring Captain Lee his breakfast and spill the tea on Elizabeth and James. Captain Lee is fed up with James and Elizabeth, and after he calls Eddie in, he radios James for a meeting because, essentially, he is tired of James wanting to “play hide the salami with his girlfriend…” Captain Lee makes it clear as day to James that if he sleeps in a guest cabin again, he will be out.

Francesca asks Eddie to excuse himself so she can essentially BEG Captain Lee for a replacement stew. She straight tells the captain, “I don’t want to work on this yacht with her.” Captain Lee says he will try to replace her for the next charter, and this is a beacon of hope for Francesca.

When Francesca fills Ashling in on the news about Elizabeth, Ashling becomes emotional. WHY. Man, Francesca and Ash are like two peas in a pod. I am hoping that it has to do with exhaustion. How messed up is it that they are planning to get rid of Elizabeth BEFORE the charter ON her birthday? Not sure this was the birthday surprise Elizabeth was hoping for. Also, isn’t it curious that Ash and Francesca are crying about Elizabeth being lazy, yet Elizabeth is actually working while they are sitting around talking sh*t?

Once Francesca talks to Rachel about the upcoming menu, she realizes that they cannot afford to be down a stewardess. Looks like Elizabeth is here for the charter and just in time for the king and queen to board the yacht as the new charter guests. The Siegels are very clearly LOADED. They have snazzy luggage, lots of plastic surgery, and two sons who are underage in the states, but in Antigua, they are legally able to booze… which means, they’re gonna be a disaster.

As the guests settle into the yacht, the primary muses, “It’s nice to be rich, isn’t it? Wonder what the poor people are doing tonight.” WHAT. The primary and his Queen of Versailles come in to talk privately with the captain, and it comes up that they lost a daughter five years ago from a drug overdose. Captain Lee can relate since he lost his son the same way a few months ago. The guests invite Captain Lee to dinner, but he is scared that they may want to talk more about this sensitive topic.

While the primary’s sons hit on Ash, the rest of the boat preps for the day and the guests play with water toys. Maybe Francesca should pay more attention to communicating with Rachel about lunch… because her anger with Elizabeth is clearly affecting her performance. Service is not up to par. Rachel is freaking out. And the Queen of Versailles does not have her meal. Talk about poor planning.

In the meantime, Izzy is struggling to get the guys to take her seriously, but Rob and James are making it next to impossible.

Rachel was supposed to make Elizabeth a birthday cake, but she got too swamped with dinner service. One would THINK that the guy Elizabeth has been hooking up with would whip together some sort of birthday celebration, but nah. James doesn’t even pretend to care. Luckily, Izzy throws together some nasty looking “fairy cake,” and James adds a dash of chocolate sauce, too (good effort!)… and TADA! It’s a party!

Over dinner, the guests learn that Tom Hanks has COVID and the primary charter states that the virus is no worse than the flu. Eyeroll. The conversation turns to the death of Captain Lee’s son and he explains that his son had demons that he could not fix. Captain Lee states that it helps to talk to someone who has been there. He shares that his wife is not coping well, and with that, he excuses himself when things become a bit too heavy.

I didn’t think that the cake Elizabeth was gifted was edible, but alas, there goes James, chowing down on that mess. Elizabeth was sweet enough to act as though the cake was a great birthday treat, but really, she’s just hoping James will kiss her goodnight. When he doesn’t, she straight loses it in her bunk! Poor girl…

After a few deep breaths, Captain Lee returns to the guests, and they all realize that talking about the uncomfortable topic only helps with coping. What a terrible thing to have to go through. Hoping that Captain Lee can find some peace.

Ash is on the late-night service team and she is stuck with the primary’s sons… you know, the ones who are overindulging in alcohol. They are trying to impress Ash, the bartender, and one son in particular is throwing back shot after shot until he drinks nearly half a bottle of Hennessey. OMG, Ash, stop serving those boys. You feel like a babysitter because you have overserved them. And then she goes and makes up a white lie in the hopes of getting the remaining kid in bed. Except her lie backfires. The hot tub is full and ready, and the boy is (drunkenly) p*ssed off. Here’s to hoping he doesn’t tell Mommy and Daddy…