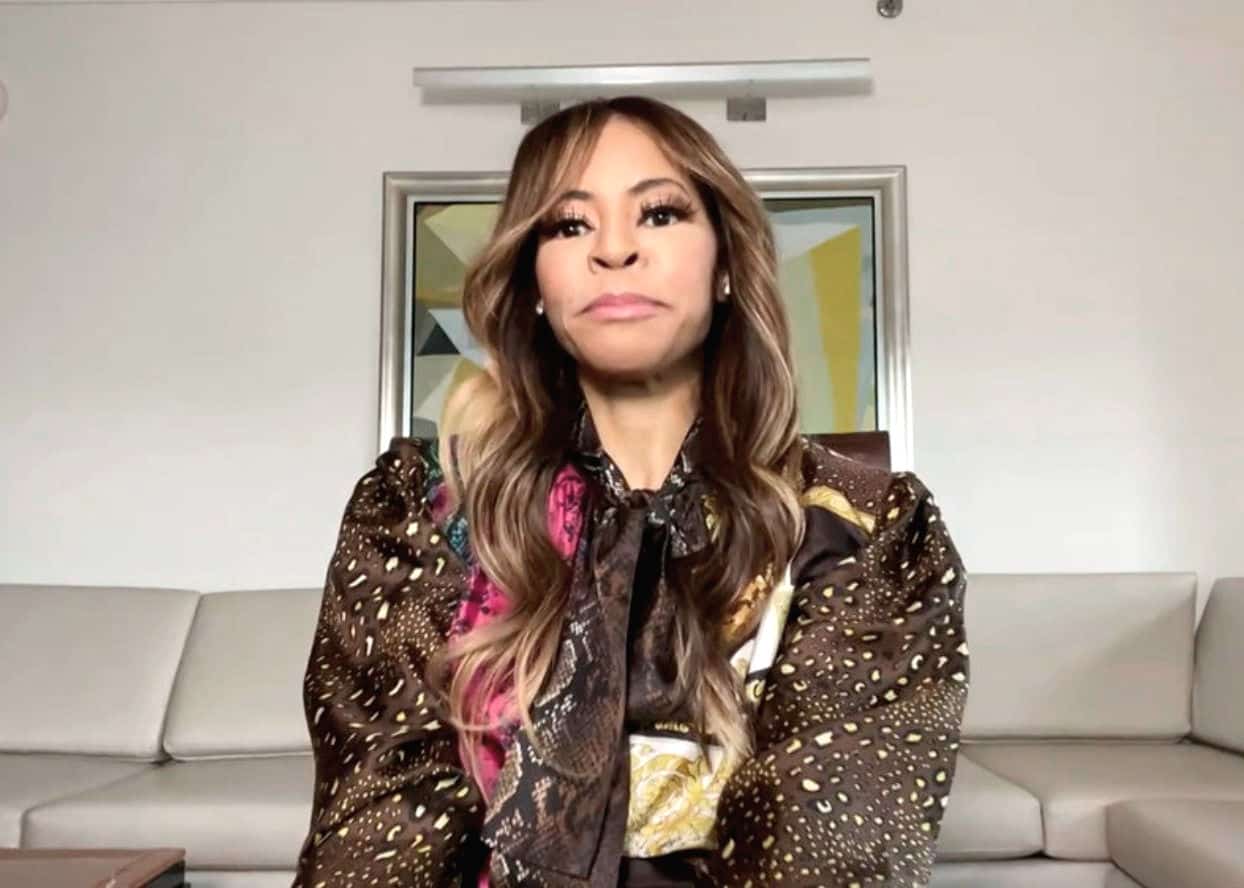 Mary Cosby dishes about a little nap she took at The Real Housewives of Salt Late City reunion, reveals if she was offended by Whitney Rose‘s “high-end hoarder” comment, and shares a rather telling quote via Instagram.

Mary’s co-stars have been discussing the upcoming “explosive” reunion, but when she was asked to rate her first reunion experience “on a scale of one to ten on the torture meter,” Mary revealed a rather surprising detail.

“I don’t think it resulted into pain. The only pain that I got resulted in, I fell asleep, and the camera caught me,” she told The Daily Dish podcast.

Mary added, “I just closed my eyes to relax and separate myself… and [Andy Cohen] called my name and I said ‘no way I was [a]sleep!’ Andy said, ‘Mary what do you think?’ And I [was] just deer in headlights. And I woke up. And I was on it, though. So I couldn’t have fell off for too long. But I did fall asleep.”

Aside from her quick nap, the First Lady says the reunion was an overwhelming event as it was difficult for her to even get a word in at times.

“It was just a lot,” she professed. “I mean, I literally had to raise my hand to talk. I felt like I was back in college, Andy was the professor, and I was like, ‘Okay, can I add something?’”

The reunion was likely overwhelming for the new reality star because it was the first time she had seen Jen Shah in nearly a year. The two have had major issues throughout their first season and there hasn’t seemed to be any resolution yet. Jen recently hinted at a possible reconciliation and claimed there’s “hope” for a potential friendship between the two; however, Mary took to Instagram and shared a rather cryptic quote.

“I don’t like forced conversations, forced friendships, forced interactions,” the quote read. “I simply do not force things. If we don’t vibe, we don’t vibe.” Mary captioned the post, “Be Real! Feels Right! ‘It is Right’ Pay attention to the [vibe] it’s a Feeling,” adding a “seek truth” hashtag.

As fans know, Mary has been friendly with all the other ladies, so it’s very likely this post was directed at Jen. Meredith Marks, who is also currently feuding with Jen, seemed to co-sign the quote by dropping a couple of telling emojis.

One thing that shouldn’t be an issue at the upcoming reunion is the comments Whitney made about Mary and her hoarding habits. The 44-year-old isn’t afraid to admit that she enjoys the finer things in life or that she has an extensive collection of designer clothes. When Mary gave Whitney a tour of her Utah home, the soft-spoken blonde was a little taken aback.

“Her bedroom is her bed and all of her clothes, but if your clothes are taking over your 20,000 square-foot house, you might be a high-end hoarder,” Whitney suggested on the show.

In a clip shared by Bravo TV, during a recent Watch What Happens Live appearance, Andy asked Mary if she took offense to Whitney’s observation. After a bit of confusion from the question and Mary initially thinking Whitney called her a “high-end wh*re,” Mary was relieved when she realized she was only referred to as a “high-end hoarder.”

“I was not offended by that [because] I am a hoarder,” Mary confessed. “But it’s only in the high-end things.”

Real Housewives of Salt Lake City Live Viewing – This is also the live viewing thread for tonight’s season one finale, which airs on Bravo at 10/9c. As the episode airs, please feel free to share your comments in our chat below.