Home Recaps Below Deck Finale Recap: Elizabeth Gets Fired, Rachel Is Upset With The Crew And Eddie Gets Promoted To First Officer, Plus Charter Season Ends Abruptly Due To The Pandemic

Below Deck Finale Recap: Elizabeth Gets Fired, Rachel Is Upset With The Crew And Eddie Gets Promoted To First Officer, Plus Charter Season Ends Abruptly Due To The Pandemic 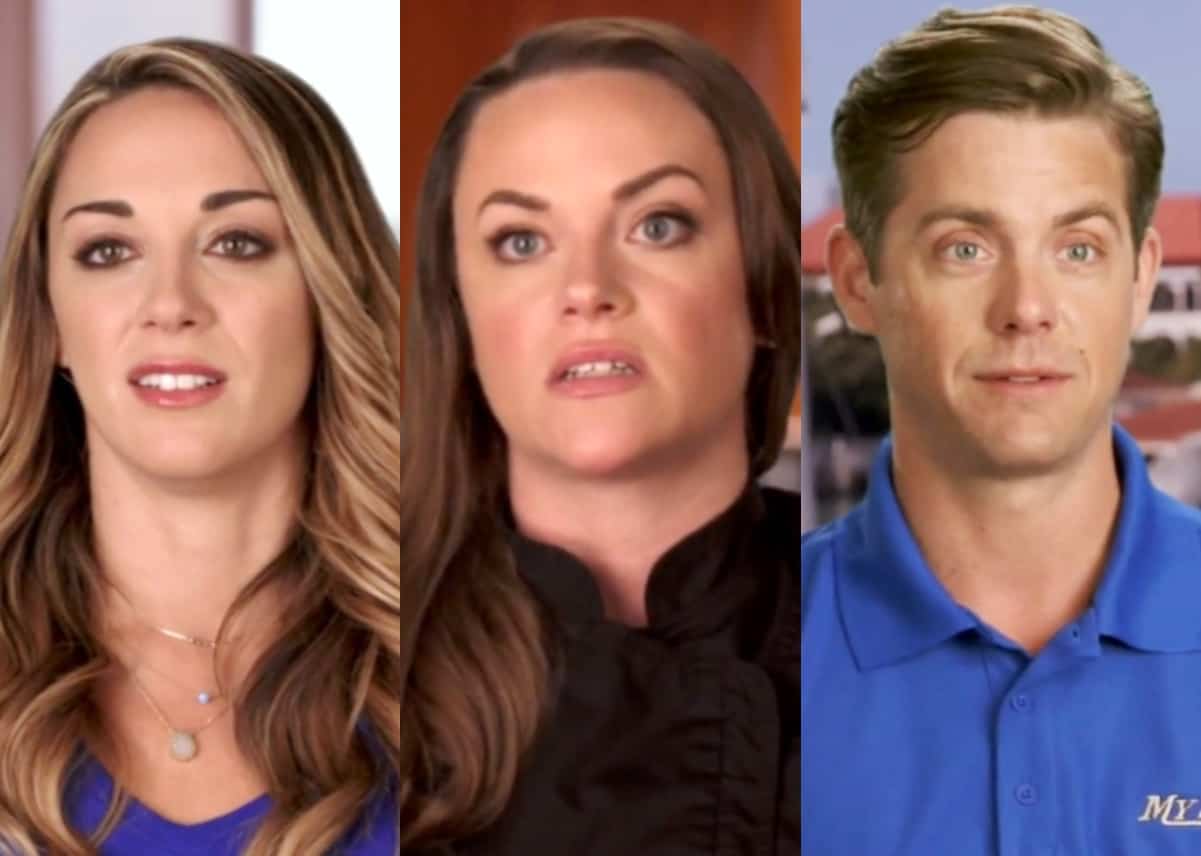 It’s an emotional season finale for Below Deck. The coronavirus forces the charters to cease and sends the crew packing. Will their issues get resolved before they head home?

Elizabeth’s shocked face is everything. How in the world could she possibly be surprised that she is getting fired? She begs Francesca for her job in front of Captain Lee, but it’s the end of the road for Elizabeth. It’s certainly gonna be awkward when the birthday cake comes out for Elizabeth at the restaurant later in the evening… cringe.

Rachel makes it clear that Francesca’s decision to fire Elizabeth with two charters to go is absolutely ridiculous. Francesca — and her cold heart — demands Elizabeth not touch her as Elizabeth begs for a second, third, fourth (who is counting?) chance. James seems somewhat relieved that Elizabeth is off the boat because he is a savage. Also, why he is not punished for sleeping in the guest cabin, too?

Elizabeth swears “what goes around, comes around” and that karma will treat Francesca accordingly, but based on that smirk on Francesca’s face as Elizabeth departs, it doesn’t seem likely she even cares. The only problem is, with Elizabeth gone, who is Francesca to blame now? Rachel is certain that everything will become clear and the world will see Francesca as the terrible leader she is.

As the crew preps for a night out, the truth about the coronavirus begins to creep closer and closer. James talks with his mother, who fills him in on the current state of things, but it doesn’t stop there. Over dinner, Eddie states, “The next two weeks are probably going to get really bad, and then it’s probably gonna get better.” Ah, to be so naïve about such a thing… sigh.

After dinner, sh*t gets SUPER uncomfortable when Elizabeth’s birthday cake comes out. Rachel becomes infuriated that everyone is chowing down on the cake, laughing at Elizabeth’s expense. She calls bullsh*t on all of them, especially Francesca… mainly because she doesn’t like Francesca… and because she is most likely drunk.

Rachel explains that the cutting of the cake was distasteful and insists on taking her own van home, away from the rest of the crew. Upon her return to the yacht, Rachel hunts down Francesca in her bunk and tells her, “You can shove the cake up your a*s.”

Rachel is spitting anger at Francesca, and although Rachel is correct, there IS a pandemic happening, I am fairly sure the cake has nothing to do with that. Misplaced anger much? Rachel is on a late-night rampage over this Elizabeth and the cake thing. Her poor Italian boyfriend gets woken up at five a.m. to hear all about this drama.

The next morning, Rachel is still holding a grudge against Francesca and explains that Francesca “f*cking sucks.” Rachel calls to meet with Captain Lee in the bridge and shares that she is not okay with how service has been lately. Essentially, Captain Lee tells her to suck it up for six more days and leaves Rachel to navigate the issue herself. In the words of Captain Lee, Rachel and Francesca have “this sh*t sandwich and it’s time to take a bite.”

As all of this is going on, Izzy is still trying to gain the respect of Rob, who is either incredibly insecure or is just a d*ckhead. Rob refuses to treat Izzy as a superior and scoffs at all of her requests. Sounds like a communication issue…which is also a problem for Francesca and Rachel. They’ve decided to just clear the air between themselves, and Francesca calls herself Rachel’s number one supporter (eye roll). Somehow that pulls at Rachel’s heartstrings and it seems like Rachel’s conversation with Captain Lee really resonated with her.

After receiving a text, Captain Lee calls all crew to the main salon. This is not normal at all. And neither are the times. There is a situation. The season has ended early, as the last two groups who had booked with them canceled. Captain Lee looks worried as hell and tells the crew they must make their exit off the boat tomorrow. ‘Member when Elizabeth swore karma would get Francesca? LOL. Here it is…

Immediately, everyone starts realizing that all their petty bullsh*t fighting is nothing in the grand scheme of things. Sh*t just got real… the pandemic eventually caught up to them. It’s an interesting dynamic. No one is ready to leave and no one is ready to be let out into the real world, which sounds so damn scary.

The crew decides that because it’s the end, they should just get wasted on the boat. Captain Lee is not in a “celebratory mood,” but that doesn’t stop his crew from chowing down on Pringles and drinking copious amounts of alcohol. Even though the booze is helping, reality is setting in and no one even knows what to expect. They are researching the quarantine rules, and I just wish someone told them to grab some hand sanitizer and TP on the way out…

The final day is here. Well, as if we didn’t already know James is two-faced, he makes it perfectly clear when he texts Rob to warn him that Izzy wants to have a conversation about his rudeness. Upon his exit, Rob apologizes to Izzy, but it sounds like a canned “I’m sorry.” Izzy reminds him that a 32-year-old should not be acting like a 12-year-old and she calls him out for his insincere apology. She really gave him the business!

Ash heads off the boat next, unsure of what her future holds in Australia, and Rachel follows suit. She lets Captain Lee know he’s gonna be the only one she will miss from this yacht and it’s kinda cute the kind of relationship they have. Rachel is so excited that she finally gets to leave and makes it known that she has no regrets, despite her multiple meltdowns.

Izzy is not holding back during this farewell. She yells at James for tipping Rob off (their bromance stood no chance to Izzy’s wrath) and she explains that leaving the season early is “kinda how I imagined sex would be with James: abrupt and unsatisfying.” Izzy believes she has ended the season where she deserves to be — as a lead deckhand. She has certainly come a long way.

Francesca presents a shammy to the captain. He looks less than thrilled to be given a rag with permanent marker messages on it. Captain Lee mumbles something about Francesca having big shoes to fill, but let’s be real, she is NEVER gonna be Kate…

The last to leave is Eddie, the boat dad. Captain Lee is proud of Eddie and his progress this season, so he hands over some stripes. Eddie is now a first officer and he becomes emotional. Captain Lee explains, “Eddie’s what I would have wanted my son to turn out like had he lived. That’s all I can say.” Excuse me while I grab a tissue!

Captain Lee just looks so sad. What a season it was. He started in the hospital with some broken ribs, and in between, he had to let a few crew members go. Despite the tough year, Captain Lee promises that it is not the end of the world. He departs from the yacht, hoping that one day he will be back chartering the seas and giving incredible one-liners again…

TELL US — THOUGHTS ON THE FINALE EPISODE OF BELOW DECK?