Home Real Housewives of Beverly Hills News Lisa Vanderpump Walks Back “Emotional Affair” Admission With Gleb Savchenko and Says DWTS Pro is Only a “Good Friend,” Plus She Claps Back at Fan Who Alleges Gleb Doesn’t Like the RHOBH Alum

Lisa Vanderpump Walks Back “Emotional Affair” Admission With Gleb Savchenko and Says DWTS Pro is Only a “Good Friend,” Plus She Claps Back at Fan Who Alleges Gleb Doesn’t Like the RHOBH Alum 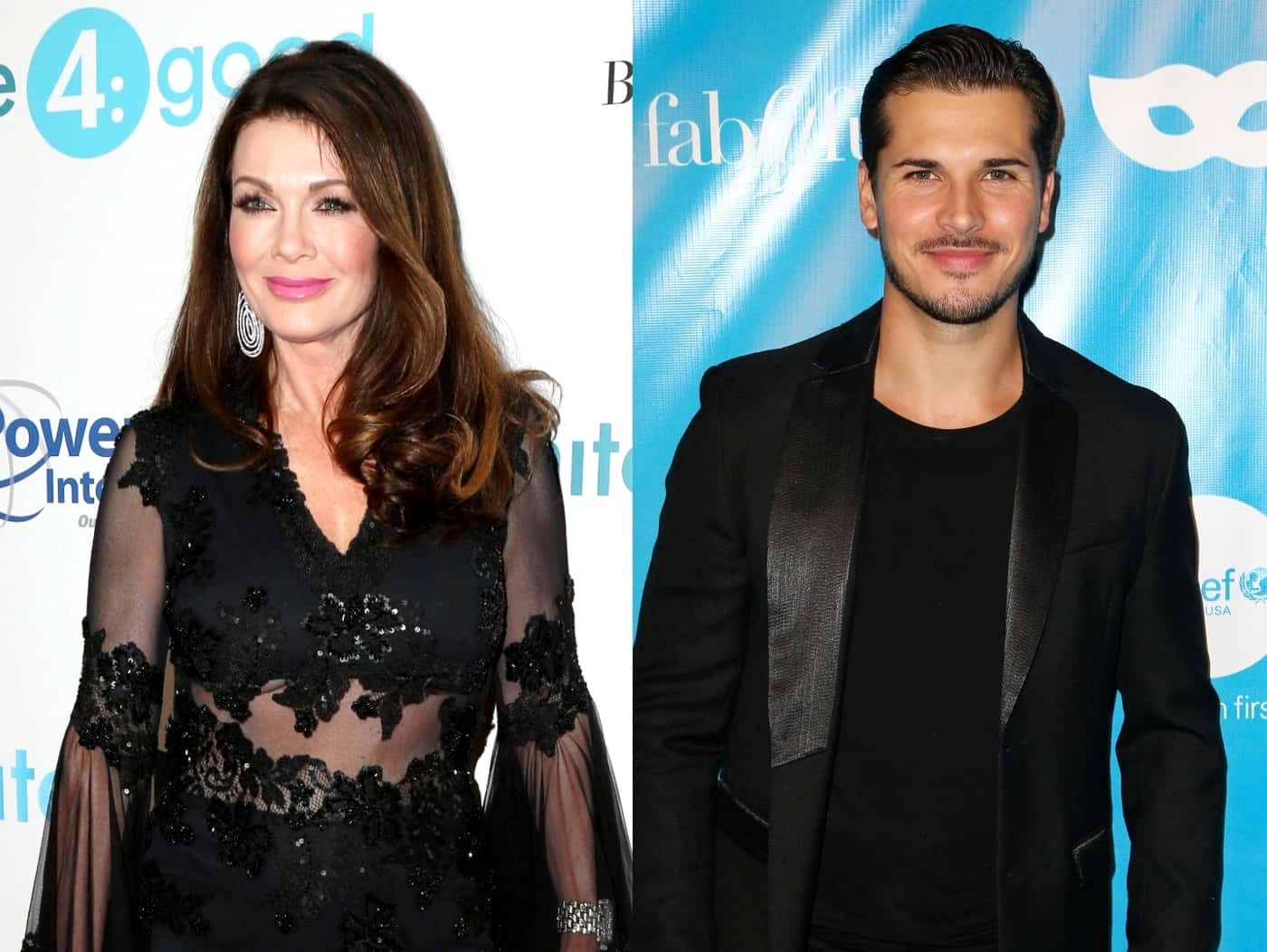 Lisa Vanderpump is seemingly walking back her comments about having an “emotional affair” with Dancing With the Stars pro Gleb Savchenko as a fan claims the professional dancer never liked her in the first place.

Following Lisa’s revelation about having an “emotional affair” with her former dance partner, The Real Housewives of Beverly Hills alum is speaking out and making it clear that she and Gleb are nothing more than good friends.

“Ha yes[,] Gleb is [a] darling of a man and a good friend… that’s it… unfortunately lol. Stupid nonsense slow news day,” she tweeted on February 16, along with a laughing while crying emoji.

Although many fans were supportive of the “Queen,” others began to poke fun at the star, with one person claiming that Gleb is not a “good friend” and preferred her former RHOBH co-star, Erika Jayne, as a partner.

“He’s not that good of a friend… he was b*tching about you when he was Erika’s partner on [Dancing With the Stars],” the person wrote, to which Lisa simply replied, “Oh [OK]… sweet.” 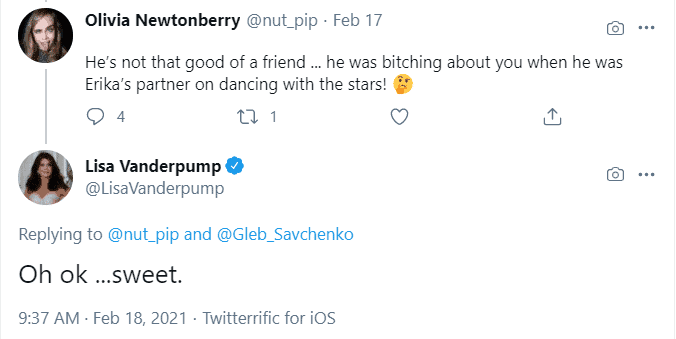 This all comes after Lisa recently claimed that she got “very close” to the Russian dancer during her season 16 stint on DWTS in 2013.

“Gleb was gorgeous. I did become very close to Gleb. I loved him,” Lisa revealed on The Bellas Podcast. “We had a little bit of an emotional affair in terms of having to connect and hold on to each other because it’s so scary… I adored him.”

The restaurant owner, who is known for her spicy sense of humor, joked that her time with Gleb was the most fun she’d had since her 1982 honeymoon with husband Ken Todd.

“Being married for so long and not really engaging with any kind of physicality apart from your husband, when you’re thrown into Dancing With the Stars and suddenly somebody’s right in your face and you’re wrapping your legs around them… That was the best part,” she teased. “I’d been married for 32 years by that moment and he would say, ‘Do these backbends,’ and as you would do the backbends, he would hold your groin against his and I was thinking, ‘I haven’t had this much fun since my honeymoon!’”

Lisa admitted that she did get rather flirty with Gleb at times, but she claimed Ken wasn’t bothered by it because he didn’t take it too seriously.

“[Ken] would be like, ‘I see you. I see what you’re up to.’ He doesn’t put that much importance on me messing about and flirting,” she admitted.

For the time being, Gleb has yet to respond to the reality star’s comments about their partnership, or her latest tweet, which Lisa tagged him in.