Erika Jayne announced that she and her husband Thomas Girardi are parting ways after 21 years of marriage earlier this week amid multiple lawsuits. Now, rumors, which are unconfirmed, are swirling in regard to alleged infidelity on both sides.

While the Real Housewives of Beverly Hills cast member said in her split announcement that she has “great love and respect” for her attorney spouse, a series of online reports have suggested that both Erika, 49, and Thomas, 81, may have cheated on the other in recent years.

In a series of posts from Deux Moi, which were re-shared by Bravo Snark Side on their Instagram Stories, a number of claims were made against both parties after a source suggested that Erika may have been living separately from Thomas for some time prior to the divorce news.

“Someone I know told me a few weeks ago that their friend is renting out their home in Hancock Park in L.A. to Erika Jayne. [She] told the house owner she wouldn’t be sleeping there and it would be a home base for her to be close to the other ladies for filming. Now … I don’t believe that reason for the rental!” the source shared. 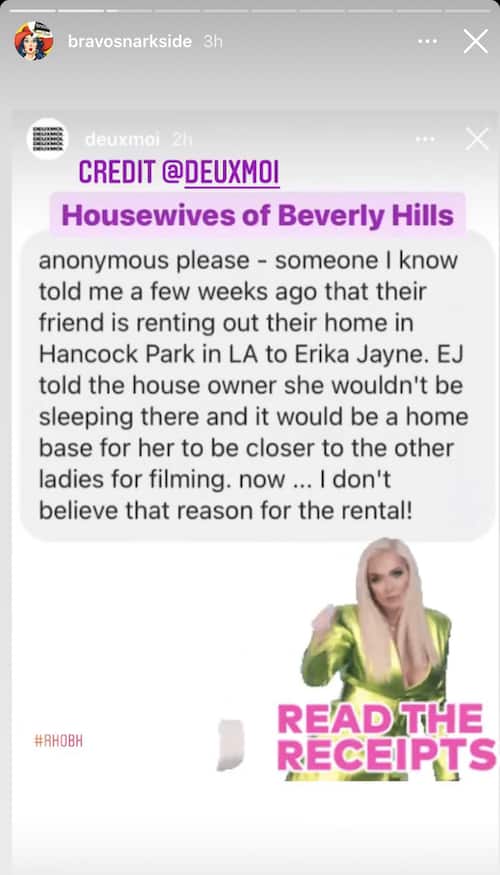 Another story accused Erika of sleeping with someone else “for years” before describing her mystery man as someone in the “business” who is well known by Real Housewives fans. 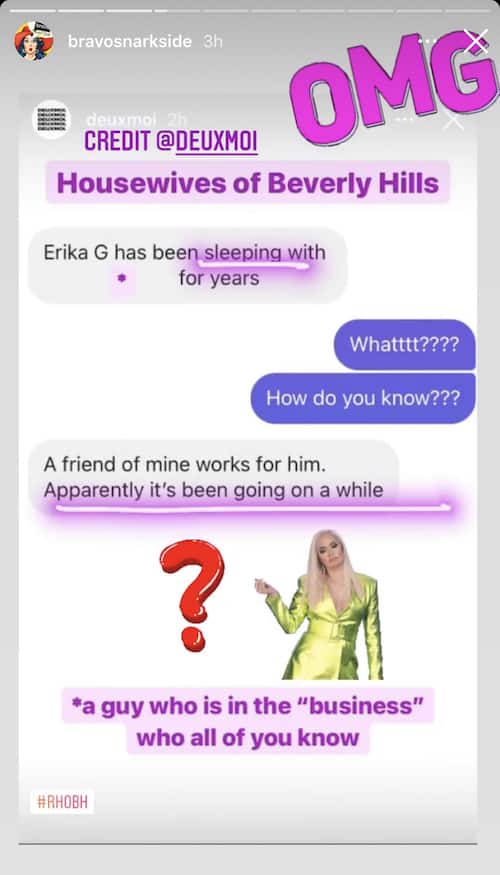 A third slideshow included a photo of Tom with another woman.

“Tom is a member of my private club in LA and [two New Years Eves] ago he brought a random woman to the party. Didn’t see any PDA but felt weird. Figured they just have an arrangement,” someone alleged.

“Have I not been telling you about Tom’s 60-year-old blonde girlfriend!!!” Deux Moi asked in the caption. 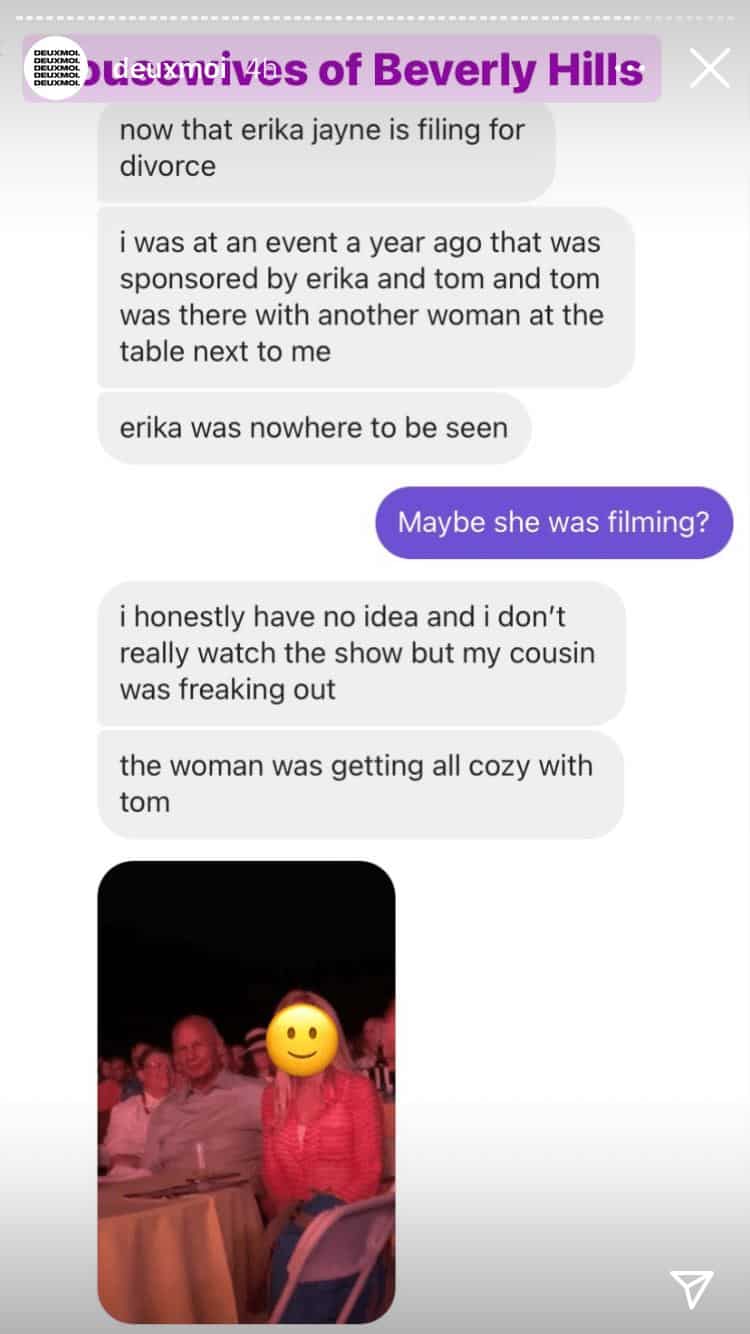 Back in 2018, a rumor surfaced on a page titled Juicy Scoop Obsessed in which an insider with “firsthand knowledge” claimed Tom was involved in a three-year affair with a woman in Los Angeles. According to a report from All About the Real Housewives at the time, Tom had accused Erika of being “an absolute nightmare to deal with” and alleged that the two of them “hardly speak.”

“[The] emotional aspect of the marriage has been non-existent for quite some time,” the insider added.

Erika and her castmates are currently in the midst of filming the 11th season of The Real Housewives of Beverly Hills.