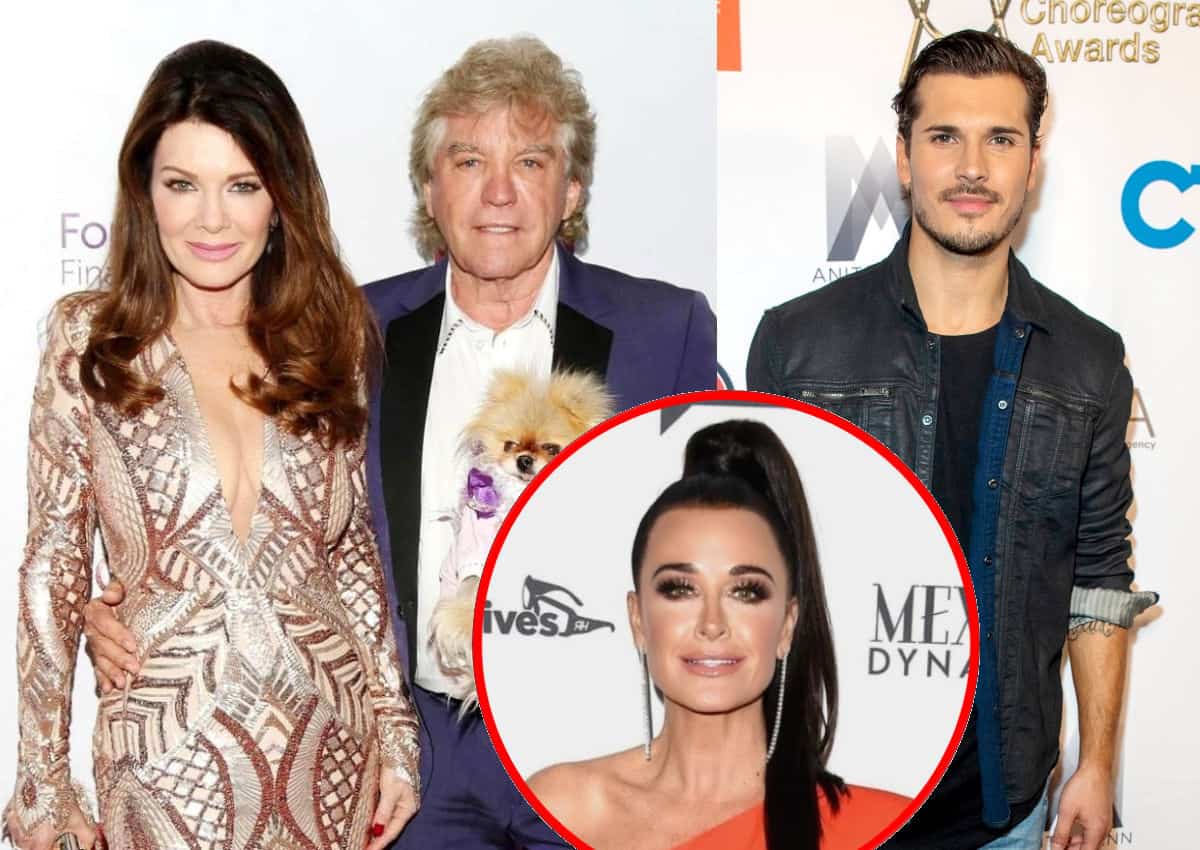 Lisa Vanderpump got “very close” to Gleb Savchenko during production on Dancing With the Stars season 16 in 2013.

While looking back on her experience on the show, the former Real Housewives of Beverly Hills cast member admitted to enjoying her racy moments with Gleb before sharing how her husband Ken Todd felt about their flirtation, revealing which of her former castmates she still speaks to, and seemingly shading Kyle Richards for enjoying her “demise.”

“Gleb was gorgeous. I did become very close to Gleb. I loved him,” Lisa explained on The Bellas Podcast. “We had a little bit of an emotional affair in terms of having to connect and hold on to each other because it’s so scary… I adored him.”

According to Lisa, she enjoyed bonding with Gleb, whose wife has since accused him of “ongoing infidelity,” as she endured what she now says was “the hardest thing [she’s] ever done.”

“It’s very depleting. It’s hard to keep up, it really is. You’re dancing four or five hours a day… Doing that much exercise, I was underweight, I was tired, I fainted once,” Lisa recalled of her time on DWTS.

When she first began practicing for the show, Lisa felt a bit out of her comfort zone. However, after getting to know Gleb over the course of several weeks, she learned to have fun with their relationship.

“Being married for so long and not really engaging with any kind of physicality apart from your husband, when you’re thrown into Dancing With the Stars and suddenly somebody’s right in your face and you’re wrapping your legs around them… That was the best part,” she laughed. “I’d been married for 32 years by that moment and he would say, ‘Do these backbends,’ and as you would do the backbends, he would hold your groin against his and I was thinking, ‘I haven’t had this much fun since my honeymoon!’”

“[Ken] would be like, ‘I see you. I see what you’re up to.’ He doesn’t put that much importance on me messing about and flirting,” she admitted.

When Lisa was then asked if she’s still friends with her ex-RHOBH castmates, she joked that no one should wish any such thing upon her before confirming she speaks to a number of former stars of the show.

“I’m very friendly with Joyce Giraud, who was only on one season. She was almost too nice for Housewives. She’s just such a fabulous woman so I’m very good friends with her. I speak to [Camille Grammer]. I occasionally speak to [Taylor Armstrong]. The rest of them? No. I never heard from them,” Lisa alleged. “I hoped it wouldn’t be that way because I believed that I had authentic friendships.”

“I guess if somebody doubts you when you’re swearing on your children’s life, that’s not an authentic friendship,” she continued in a nod to Kyle.

“If somebody kind of enjoys your demise, or they don’t make you feel good about yourself, that’s not somebody [you] need around,” she said.

Also during her podcast interview, Lisa admitted that she would have liked to have had “one or two more” children with her husband Ken.

“I think we got to a stage where work overtook. We thought we’d have one, adopt one, have one, and adopt one, and we had one, adopted one, and then we were going to have another one… [but] we got so stuck into work that two were enough,” she explained.