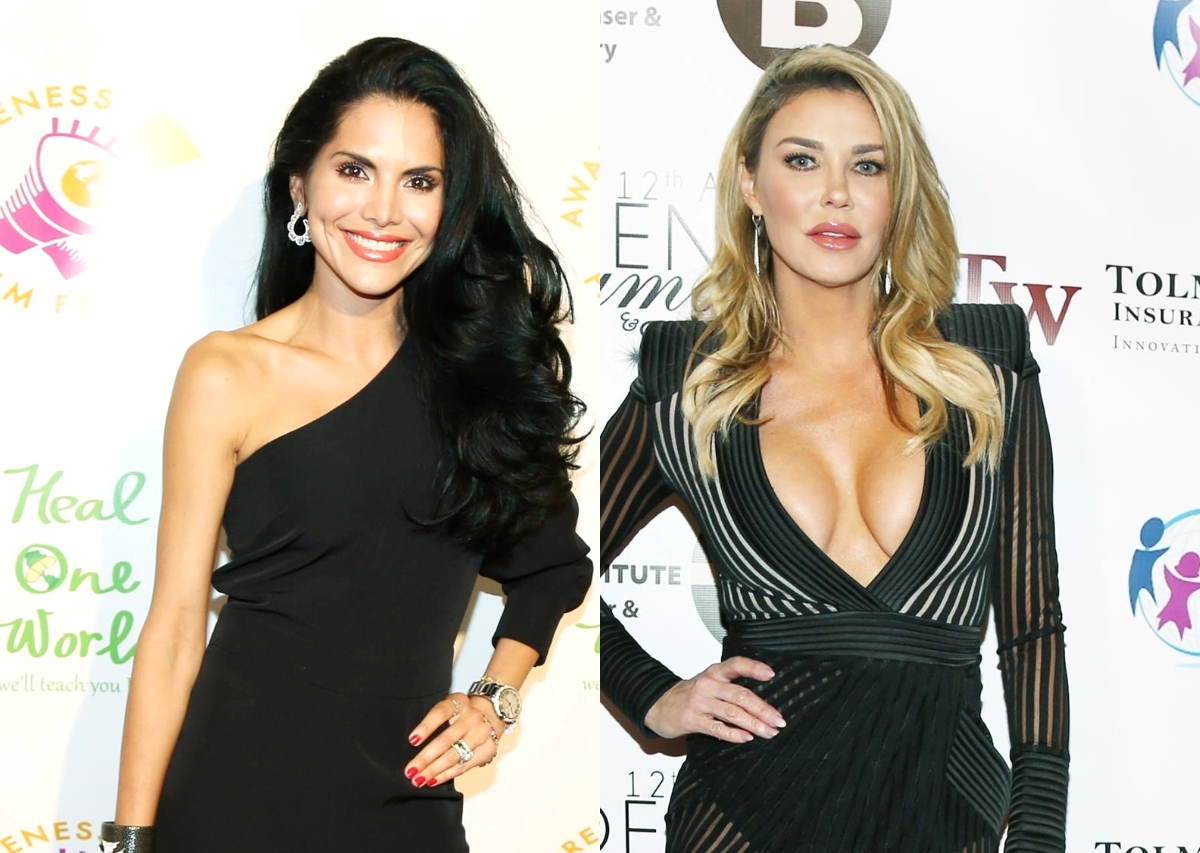 Joyce Giraud called out Bravo in a Twitter post this week, accusing the network of turning a blind eye to allegedly racist jokes made by cast members of their shows. While she didn’t name anyone in her tweet, she proceeded to react to a number of telling tweets about her former Real Housewives of Beverly Hills cast member Brandi Glanville.

After seeing that Bravo shared a post in support of the Black Lives Matter movement, Joyce shaded the network for reportedly being “silent” about racial remarks made by their stars.

“Bravo stands in solidarity with the Black community against systemic racism and oppression experienced every day in America. We owe it to our Black staff, talent, production partners & viewers to demand change and accountability. To be silent is to be complicit. #BlackLivesMatter,” Bravo tweeted on May 31.

“Then don’t be silent! Don’t accept racial remarks as a ‘joke’ from any of your cast members,” Joyce replied on June 24. 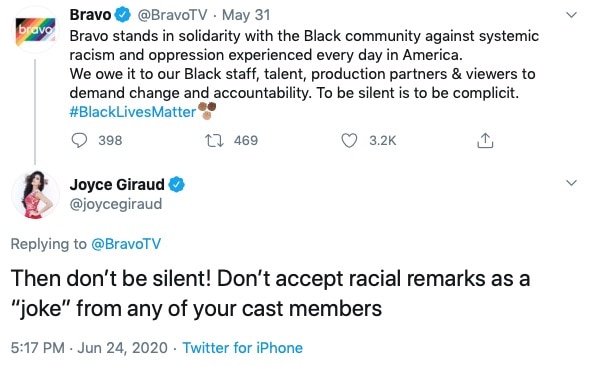 In a tweet shared two years prior, Joyce accused Brandi of making “absolutely racist” comments during season four of RHOBH after seeing that a fan page had asked what people were thinking about Brandi’s return to the show.

“Sorry but her comments were not poking fun. Her comments were absolutely racist and you didn’t see most of them!” Joyce claimed. “I’m over it and have forgiven in my heart but the truth can’t be hidden.” 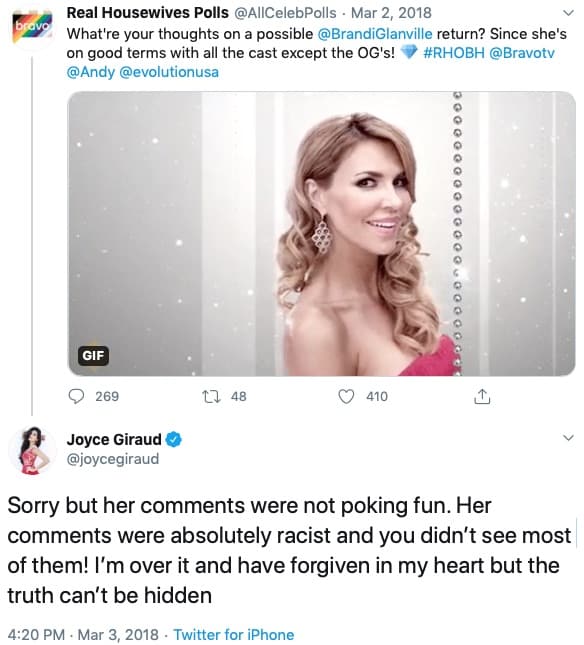 Joyce then responded to a series of fans who reminded their followers about the way in which Brandi had mocked Joyce’s name on a number of occasions because she didn’t think it fit with Joyce’s ethnicity, calling her “Yoyce” or “Jacqueline,” and she accused her of “casual racism.”

“Everything mentioned is 100 true!” Joyce agreed. “And it was all dismissed as a ‘joke.’ Racist remarks are NOT a joke! And people need to start being accountable for their actions and the pain they cause in others.”

Joyce also responded to a fan who mentioned the way in which Brandi joked that none of her black friends were able to swim.

“That made me cringe as a viewer AND as a Puerto Rican,” the fan stated.

Joyce was brought to the Real Housewives of Beverly Hills cast for season four but did not return for season five.