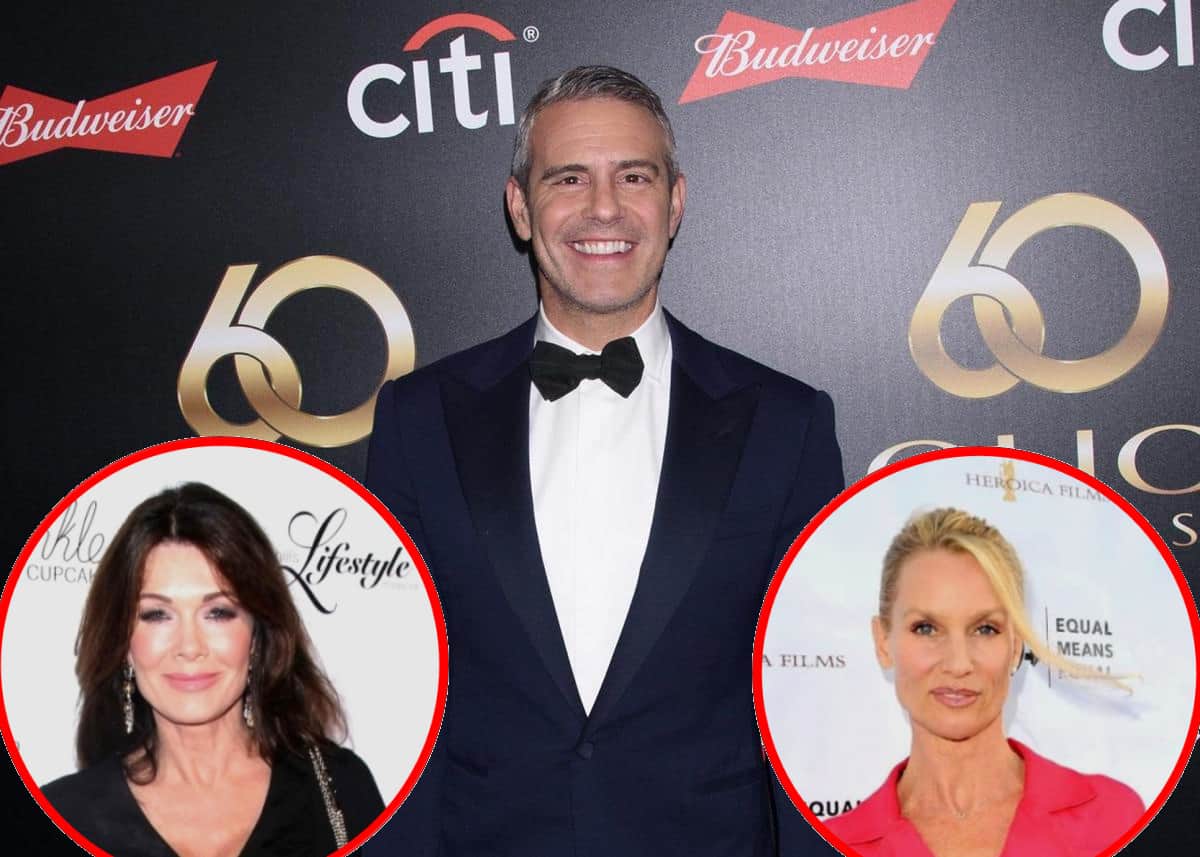 Andy Cohen believes that the ladies of The Real Housewives of Beverly Hills had grown resentful towards Lisa Vanderpump prior to her June 2019 exit from the series.

While discussing the latest happenings of RHOBH, Andy explained why the cast developed ill feelings towards their former co-star, addressed Lisa Rinna‘s messy feud with Denise Richards, and explained why fans will likely never see Nicolette Sheridan on the show.

“Especially at the end, I think there was some discontent about her having another show at the network that was really big so they felt like she thought things didn’t apply to her,” Andy explained on the Everything Iconic with Danny Pellegrino podcast, giving a nod to Lisa’s Vanderpump Rules.

According to Andy, Rinna and the rest of the cast weren’t happy with Denise during the reunion, and during the moments leading up to the taping.

“Lisa Rinna’s anger was very real and I think there was a part of it that had to do with some production stuff of Denise not being around at the very end where they were all around and they feel like, ‘What if we don’t show up for things?’” Andy explained. “I think the women were really pissed at her for not being more transparent.”

As for the rumors regarding Nicolette potentially joining the RHOBH for a future season, Andy suggested that he and his team would never bring the actress to the show due to her past issues with Rinna.

“We haven’t [reached out]. I think Nicollette would be very problematic,” Andy shared.

Earlier this year, after Rinna suggested Nicolette cheated on Harry Hamlin, who Rinna is married to now, with singer Michael Bolton, Nicolette fired back at Rinna on Twitter by slamming her for sharing “fake news” on the show.

“Sometimes if you toss around the idea of bringing in an actual enemy of a current cast member, you run the risk of the current cast member saying, ‘Okay, well I’m not coming back.’ And we’ve had that situation with other housewives,” he admitted.

While Andy wouldn’t confirm or deny whether Rinna was one of the ladies who had dealt him with a casting ultimatum, he did say that four women of the franchise had threatened to leave if certain people were brought to their shows.

The Real Housewives of Beverly Hills cast is currently in production on season 11.