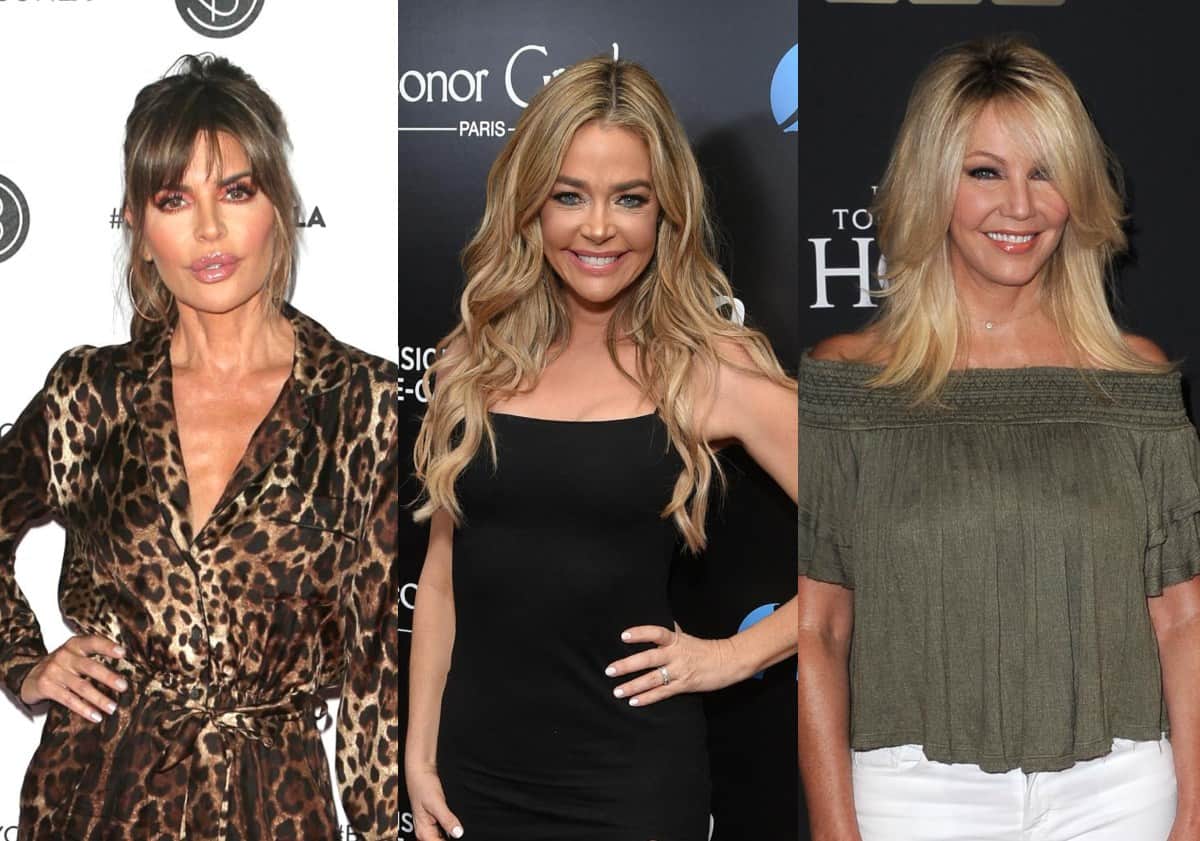 Lisa Rinna threw some apparent shade in the direction of her former Real Housewives of Beverly Hills co-star, Denise Richards, on her Instagram Stories on Friday, September 25.

Just one day after Denise revealed on Twitter that Lisa told her she’d be a “target” on season 10, Lisa posted a birthday tribute to Heather Locklear, who reportedly contacted Brandi Glanville earlier this year after learning she allegedly engaged in an affair with Denise.

“Happy Birthday [Heather Locklear],” Lisa wrote on her Instagram Stories, along with a series of pink hearts emoji. 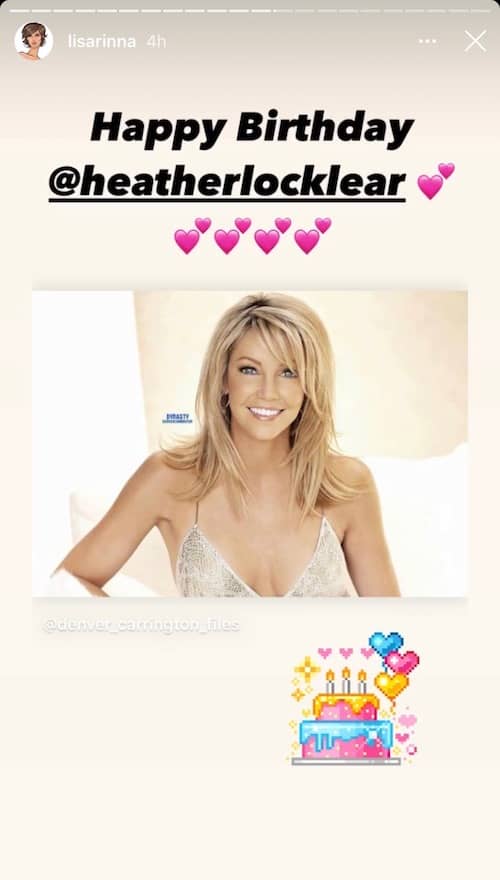 As RHOBH fans may know, Lisa starred alongside Heather for three seasons on Melrose Place. However, it is likely the end of her 20-year friendship with Denise that prompted her to acknowledge her former co-stars’ 59th birthday.

Earlier this month, after Denise faced rumors of an affair with Brandi, which she continuously denied, Lisa mentioned Denise’s past relationship with Heather to Denise during part three of the season 10 reunion.

“I go back to when she was friends with Heather Locklear,” Lisa began as she pulled Denise’s loyalty into question.

But Denise quickly shot down the idea of a friendship with Heather, much like she did a relationship with Brandi.

“I actually wasn’t Lisa. And you know that. She was friends with my ex-husband [Charlie Sheen],” Denise insisted.

After Denise split from Charlie years ago, she began dating Richie Sambora, the then-estranged husband of Heather, who she was believed to have been close with previously.

Heather was also tied into the ongoing drama surrounding Denise and her rumored hookups with Brandi after Brandi claimed on Watch What Happens Live that Heather contacted her with a series of supportive messages after learning Denise had allegedly “hit it and quit it.”

Then, after Brandi claimed Heather was unwilling to speak publicly about the issue because Denise had sent her a cease and desist, an insider denied any such thing.

“Denise never sent a cease and desist letter to Heather. It just never happened. Who really knows if Heather and Brandi were ever in contact,” the insider said to Us Weekly on September 17.

Filming on The Real Housewives of Beverly Hills season 11 is expected to begin at the end of next month.