Home Real Housewives of Beverly Hills News REPORT: Denise Richards Denies Sending Heather Locklear a ‘Cease and Desist,’ Suspects Brandi Lied About Being in Contact With Heather Amid “Very False Claims,” and Has No Regrets About Quitting RHOBH

REPORT: Denise Richards Denies Sending Heather Locklear a ‘Cease and Desist,’ Suspects Brandi Lied About Being in Contact With Heather Amid “Very False Claims,” and Has No Regrets About Quitting RHOBH 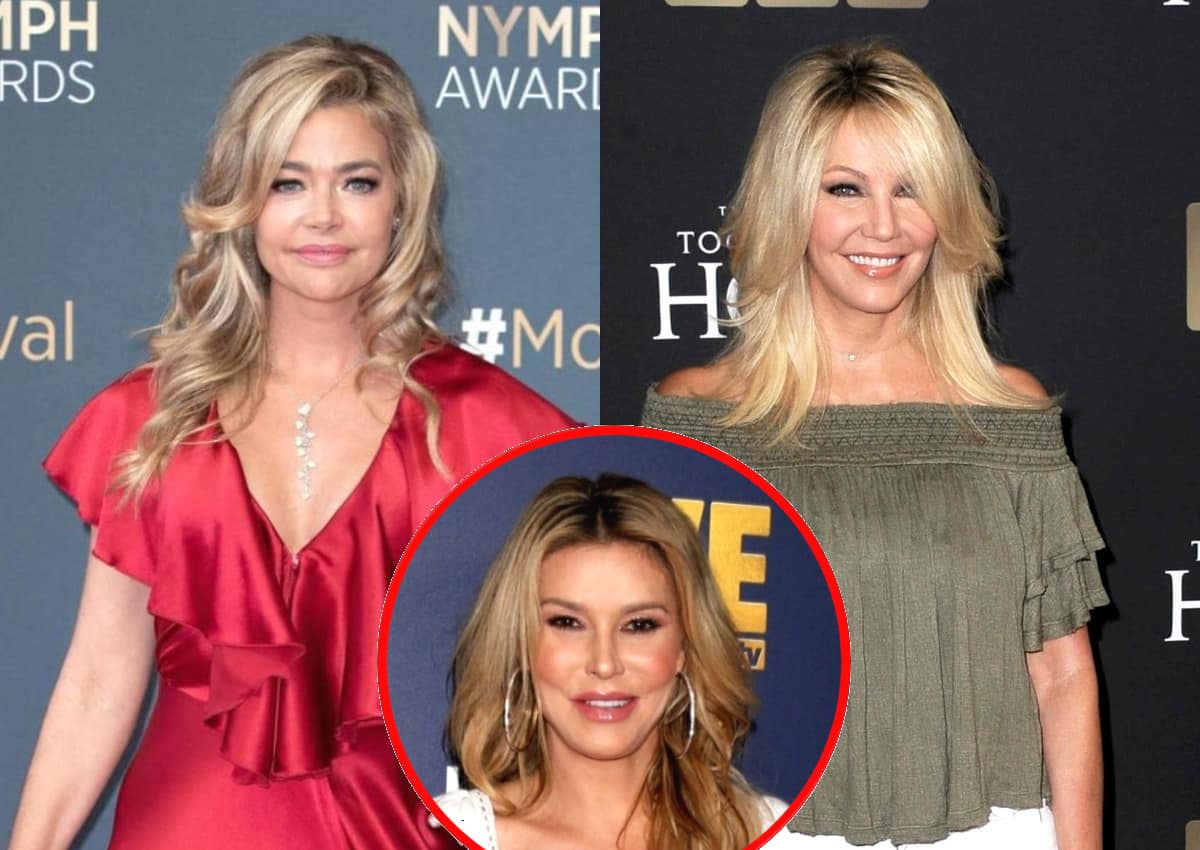 Over a week after Brandi Glanville suggested Heather reached out to her and told her Denise sent her the legal threat, an insider has claimed that the alleged letter was never sent and suggested the supposed friendship between Brandi and Heather was completely fabricated by the Real Housewives of Beverly Hills star.

“Denise never sent a cease and desist letter to Heather. It just never happened. Who really knows if Heather and Brandi were ever in contact,” the insider told Us Weekly on September 17.

According to the source, Denise would have had no reason to send a letter of cease and desist to Heather because Heather never spoke publicly about their falling out, which took place around the time that Denise began dating Heather’s now-ex-husband, Richie Sambora.

While appearing on Watch What Happens Live last week, Brandi told host Andy Cohen that after asking Heather to join her on his show, she was informed that Denise had sent her a cease and desist.

“I said, ‘Hey, you should be on Watch What Happens Live with me,’ and she said, ‘I’ve already had a cease and desist from Denise so I’m not going to do it,’” Brandi explained.

In 2008, Denise and Richie engaged in a romance before his divorce from Heather was finalized. However, as Denise later told Redbook magazine, they did not have an affair.

“Yes, I got together with Heather’s soon-to-be ex-husband, but no, I didn’t have an affair with him,” she explained. “If Heather and I had been friends at that time, I would never have crossed that line. But we weren’t. The friendship was not salvageable.”

The US source also noted that when it comes to Denise’s recent exit from RHOBH, she “knows she made the best decision for her family by quitting the show.”