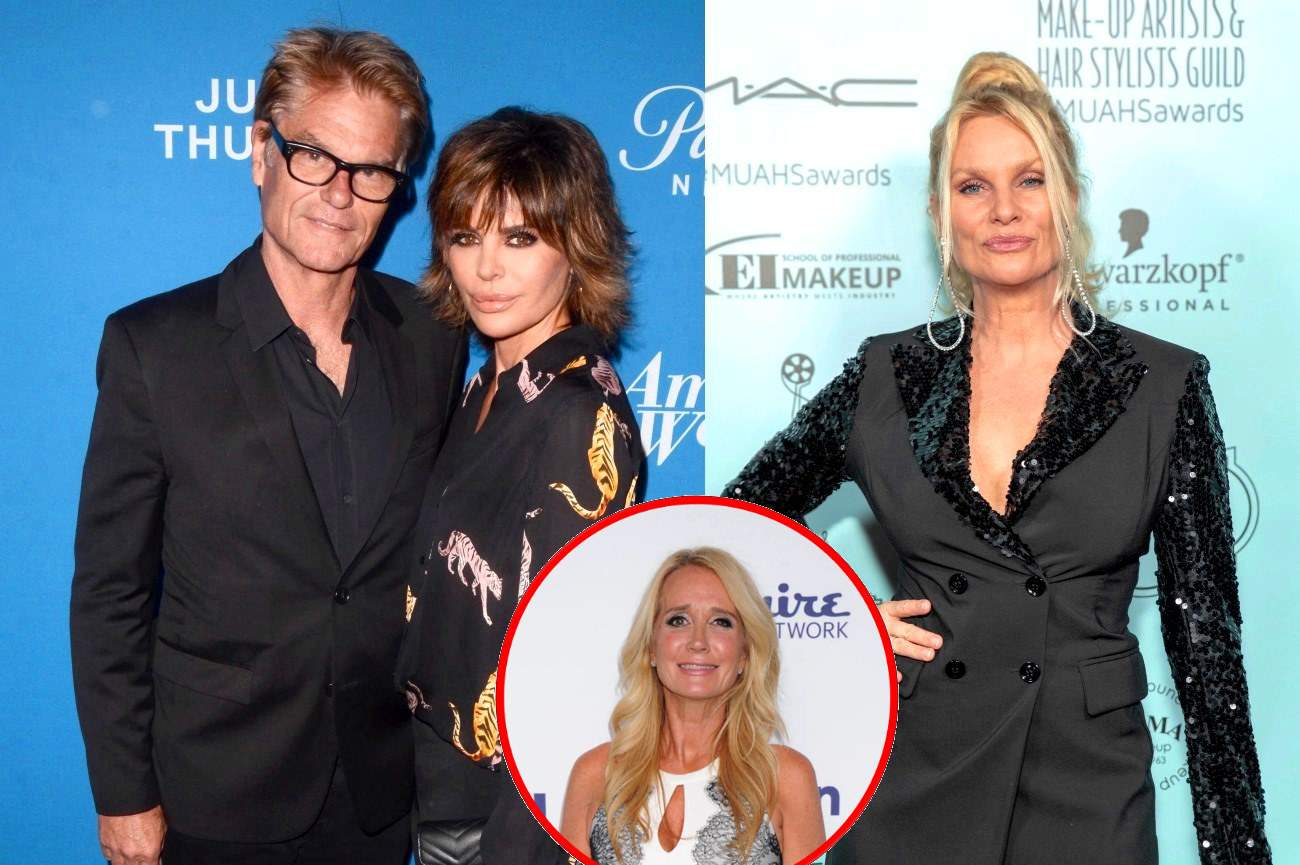 Lisa Rinna appeared on last night’s episode of Watch What Happens Live, where she spoke about her tension with Nicollette Sheridan and Kim Richards.

Before revealing if she’s spoken to Kim since their awkward encounter at Kyle Richards‘ Halloween party, the Real Housewives of Beverly Hills star chatted with host Andy Cohen about the Desperate Housewives actress.

During an RHOBH episode that aired in February, Lisa Rinna accused Nicollette of cheating on Harry Hamlin with singer Michael Bolton during her short-lived marriage to Harry. Following that episode, Nicollette took to Twitter and fired back. She called Lisa’s comments “fake news” and accused Harry of ‘not owning his part’ in the demise of their marriage.

After a caller phoned in to ask Lisa how she felt about Nicollette’s shady Twitter post, Lisa stuck up her middle finger and took a sip of wine.

“That’s how!” she proclaimed.

“[Nicollette] started following me on Twitter the other day,” Andy revealed.

“I bet she did,” Lisa replied.

Lisa then suggested that Nicollette may have recently followed Andy in an effort to nab a role on a future season of The Real Housewives of Beverly Hills.

During the Watch What Happens Live: After Show, another caller phoned in and wanted to know if Lisa had been in touch with Kim in the months since Kyle’s party.

“I have not,” Lisa confirmed.

That said, Lisa told the caller that things between her and Kim are “all good.”