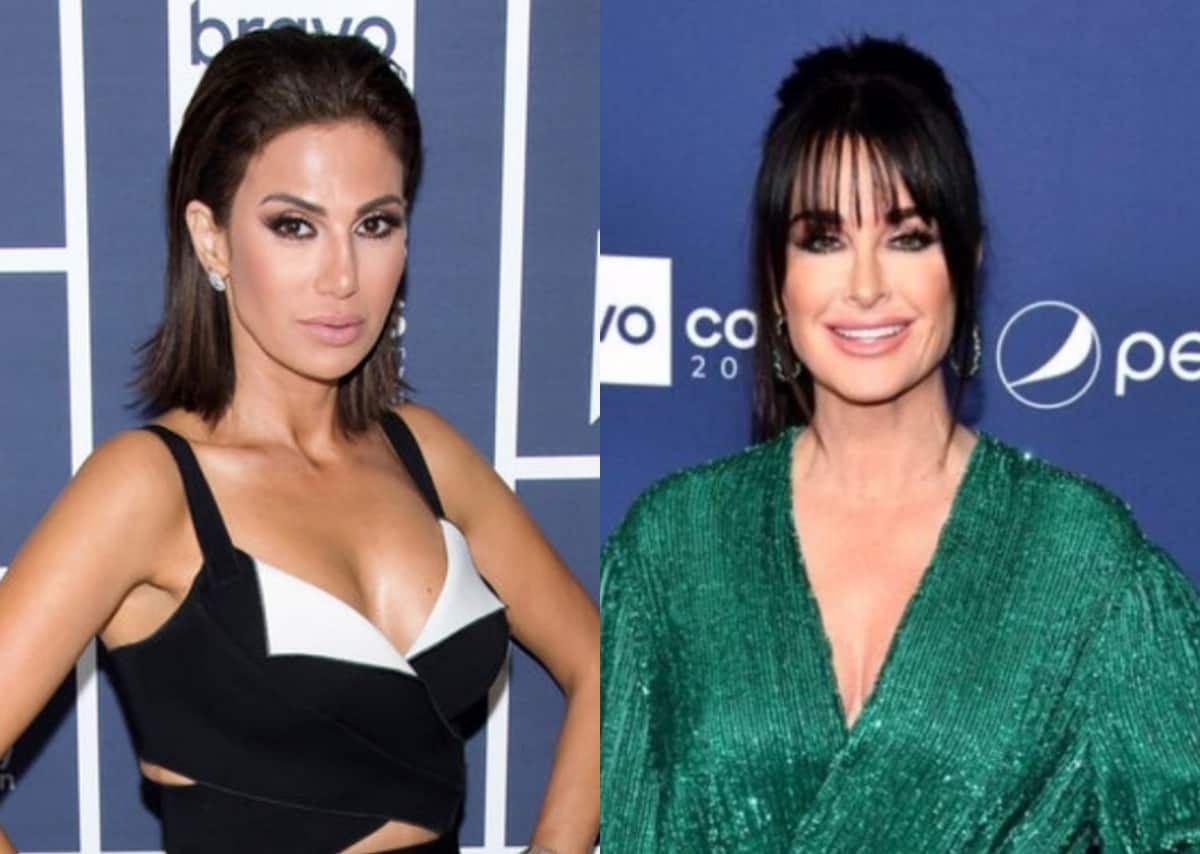 Peggy Sulahian took aim at Kyle Richards in the comments section of an Instagram post over the weekend, accusing the Real Housewives of Beverly Hills cast member of attempting to “take [her] down.”

After suggesting that Kyle, along with her husband, Mauricio Umansky, and mother-in-law, Dr. Estella Sneider, spread lies about her on social media, the former Real Housewives of Orange County star received a hilarious clap-back from Kyle.

After the Real Housewives Confessionals on Instagram shared a photo of Kyle glammed up for a confessional scene, Peggy lashed out.

“Shame on her. She’s part of the clan who tried to take me down,” Peggy alleged. “[Kyle Richards] along with Dr. Estella, and [Mauricio Umansky] have continuously spread lies about me. They bash me on social media on a daily [basis]!”

“Paul [redacted] and Patrick [redacted] have been arrested on counts of petty theft, illegally running a fraudulent children’s agency, and have stolen money from me without my knowledge. Google their names and read the numerous of articles written about them, including the LA times,” she continued. 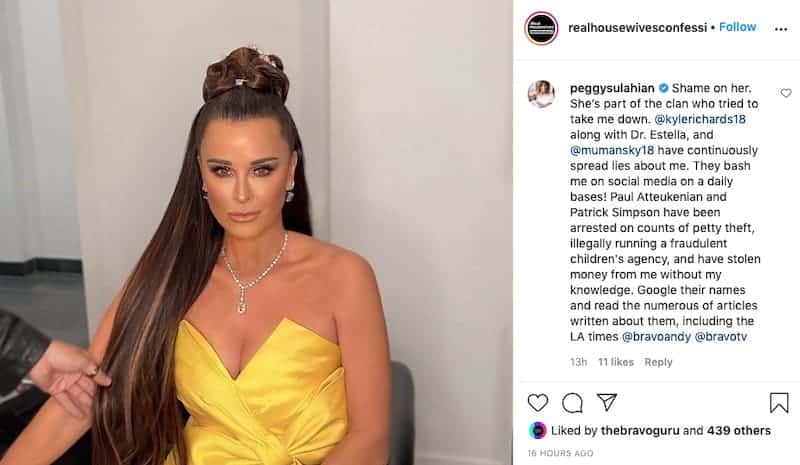 While the ex-RHOC castmate made big allegations against Kyle and her family, claiming they target her daily, the RHOBH star had to look Peggy up to find out who she even was.

“I had to look you up to see who you are. I have no clue what you are [talking] about,” Kyle wrote in her response.

Although it is unclear what Kyle and Mauricio did to Peggy, Mauricio’s mom, Dr. Estella, did take aim at her in 2017, accusing her and her husband, Diko Sulahian, of being homophobic and distancing themselves from her brother, Pol’ Atteu, and his fiancé, Patrik Simpson.

“This woman [Peggy Sulahian] is a hypocrite! On December 9th 2016 I was at the funeral of [Pol’ Atteu’s] father! Pol is my dear friend as well as his fiancé [Patrik Simpson]. Patrik was not allowed in the chapel until once the service had started someone escorted him to the chapel with security people following behind trying to kick him out!” she alleged in a post shared on Facebook in July of that year. “Pol was not even allowed to seat with at special place they have for the family in the chapel! Patrik was not allowed to seat next to his fiance to bring him comfort.”

“The family kept the grave situation with the father and notify him after his father died, never allowing #PolAtteu the chance to say goodbye to his Dad!” she added.

Peggy appeared on the Orange County-based Real Housewives franchise for just one season, season 12, in 2017. She was the 100th housewife.