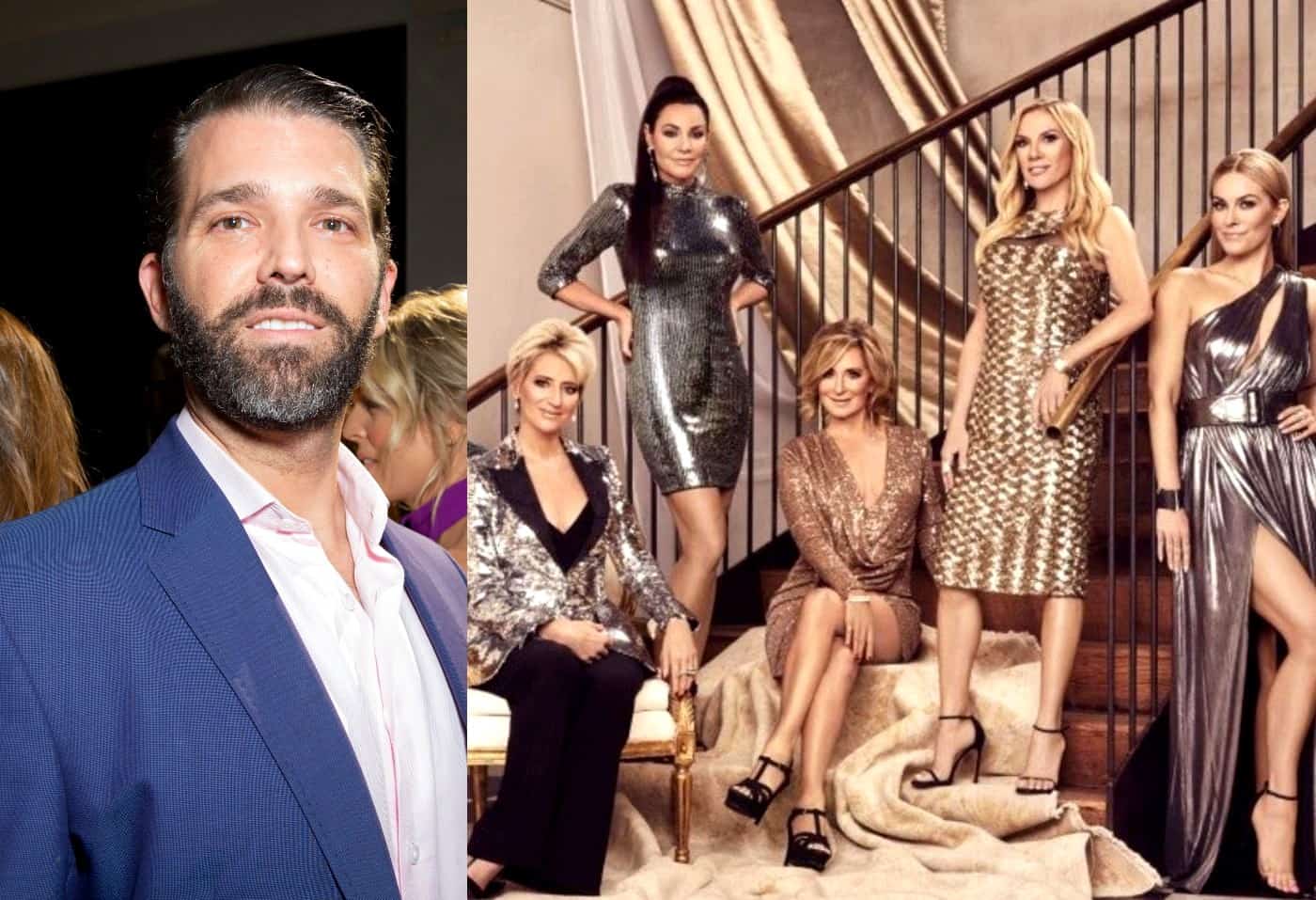 A Real Housewives of New York City cast member has been named in an investigation into the Trump administration.

According to court documents, a RHONY cast member was mentioned by Donald Trump Jr. earlier this month as he was being deposed in the 2017 presidential inauguration funds probe. Don Jr.’s deposition comes after an investigation by the Washington, D.C., attorney general’s office was launched to determine whether former President Trump‘s inaugural committee misspent donated funds.

On February 24, attorney Robert J. DeNault, who is part of the Trump Administration Accountability Project, took to Twitter to ask his followers if they had any indication of which RHONY housewife attended the inauguration.

“My question: which [Real Housewife of New York City] attended the inauguration in the block of hotel rooms at issue in Trump Jr.’s newly-revealed deposition?” he wrote.

My question: which Real Housewife of New York attended the inauguration in the block of hotel rooms at issue in Trump Jr.’s newly-revealed deposition? https://t.co/SuxbBodkUy pic.twitter.com/nvaSdr2g95

A large part of the investigation involves a certain block of rooms at the Madison Hotel that was reserved by the inaugural committee. According to a report from The Hill, the committee is being accused of using a portion of the $107 million in donated funds to house friends of the Trumps during the historic event.

According to Don Jr., those “friends” who stayed at the hotel include an old buddy of his from college, a “Trump family driver,” and a “New York socialite” who happens to appear on the “Real Housewives of New York.”

Nevertheless, it doesn’t appear that he has named any names as of yet, but Ramona Singer has been linked to the Trumps on several occasions. If fans recall, she was reportedly spotted at Mar-a-Lago earlier this month after production on the show was shut down due to a cast member testing positive for COVID-19.

Not only that, but she was also called out by former cast member Dorinda Medley in July 2020 after she allegedly attended a party with Don Jr.’s girlfriend, Kimberly Guilfoyle, who tested positive for COVID following the event.

“Anyone that attended Joe Farrell’s packed Hamptons party last week should get tested ASAP including [Ramona Singer],” Dorinda tweeted, along with a news article from the NY Times that confirmed that Kimberly tested positive on Friday, July 3, 2020.

It’s unclear if Ramona actually attended the inauguration, but former cast member Jill Zarin definitely attended the event and shared a photo of her formal invitation on Instagram at the time.

After being ridiculed for her plans to attend the event, Jill clapped back at fans according to Bustle.

“If you want to unfollow me… bye bye! I’m sick of bullies,” she wrote in 2017. “I don’t agree with some things [Trump says] but running away won’t change it. Be there.. show up… use the system to communicate. But don’t you dare make me feel guilty for going to see OUR country at work!”