The Top 10 Most Dramatic Housewives Dinner Parties, Plus Open Post 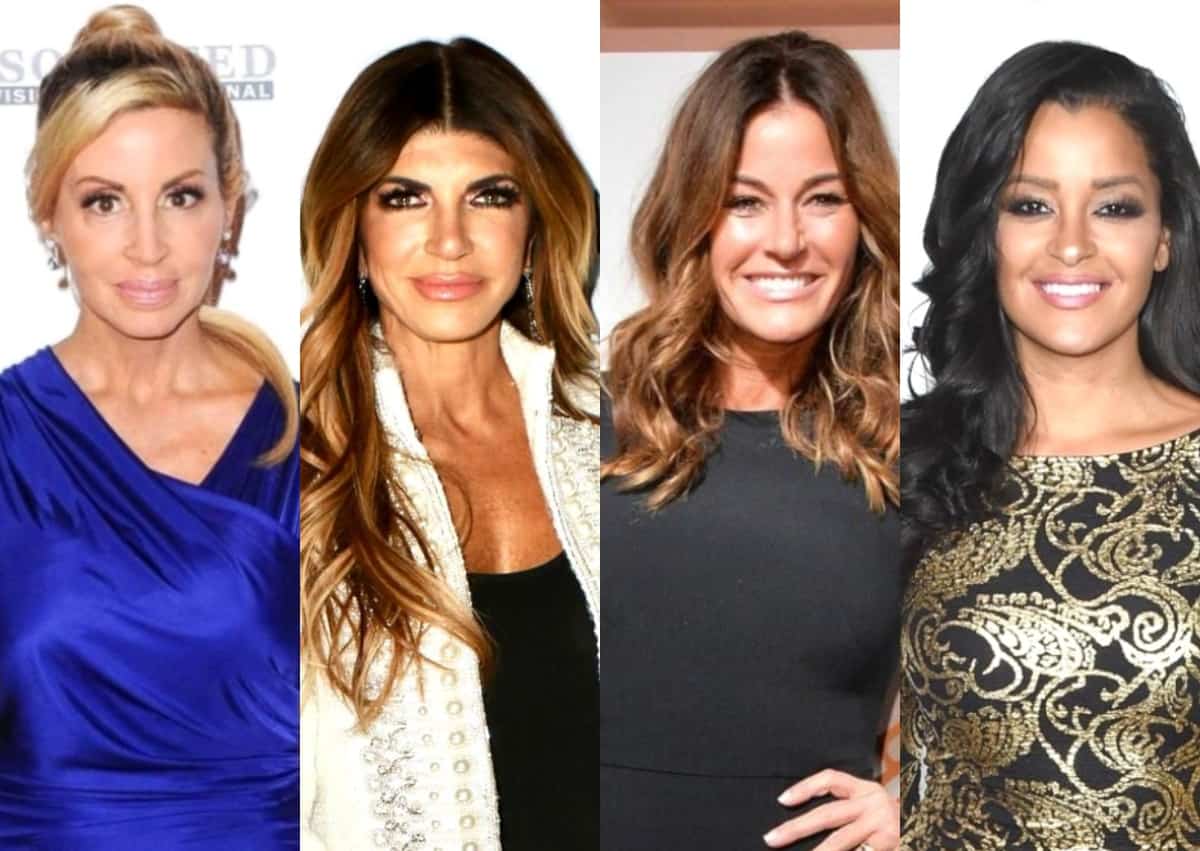 Welcome back, Blurbers! If this is your first time tuning in, let me get you caught up. Reality Blurb has started Open Post, a lovely place where you can comment on whatever you want, including shows we don’t normally cover on here! It’s also a space to have fun and socialize, so please keep it all about peace and love on here, and don’t get in any stupid ass arguments, okay?

We cover as many reality shows as we can, and while we hope to cover more, if your favorite show isn’t on here, you can do one of two things: First, you can send the editor an email at [email protected] and tell them what shows you hope to be covered on here. We’ll see what we can do. Second, you can use Open Post as a refuge to discuss your beloved shows! We’re all for it!

As we are playing around with the Open Post experiment, please send any suggestions for topics to [email protected]. Alrighty, now that we have all that out of the way, it’s time to get to the Top Ten Most Dramatic Housewives Dinner Parties. Hooray!

10. Okay, let’s first start with a dinner party that was more of a luncheon? That was “Met Gala” themed? That included beefeaters in rubber suits? The RHOSLC ladies had a banner first season, and part of what solidified this group as the real deal in the Housewives pantheon was the fireworks between Mary Cosby and Jen Shah at what was supposed to be a “healing” lunch at a fancy Italian restaurant. Names were called! Eyes popped out of Mary’s head! And when Jen was called a ghetto hood rat, she stormed out! Good stuff, my friends.

9. Now we’re going in the way back machine all the way to season four of RHONJ. Picture it: outdoor dining with the entire friend group in an idyllic vineyard. Everyone is laughing and mirthful, and then good old Joe Guidice leaves the table to take a call from his side ho. “Hold on, here she comes, my b*tch wife. She’s such a c***.” Spoken like a true gentleman, Joe!

8. Next up, the ladies from RHONY BROUGHT IT last season in Newport, Rhode Island, and this dinner party really has it all: an annoyed Tinsley, Ramona, and Co. on the hunt for men at the bar, Dorinda slurring into the night, a scandalized onlooker, table props, and Leah going ham with the ravioli!

7. Watching Claudia Jordan drag Nene Leakes down the street and back never gets old, I tell ya. While there were some good dinner party fights to choose from on RHOA, I picked this one so we can experience this epic takedown once again!

5. Fun fact: The Naked Wasted episode of RHOC is what prompted our editor to start Reality Blurb, to begin with. Not so fun fact: Tamra Judge is an evil person that sicced her son Ryan on an extremely drunk Gretchen Rossi, and the audience very nearly watched a case of date rape unfold. I’ve seen A LOT of disturbing sh*t on Bravo, but this dinner party from season four just might take the cake.

4. Sure, sure, Monique and Candiace’s HUGE fight on RHOP was just a wine-tasting, but there was food on the table, so I’m counting it! Whenever the topic came up, our readers got HEATED over who started the fight, and while I probably shouldn’t post the video below (so as not to reignite the War of the Blurbers), I’m going to anyway. WHO’S EVIL NOW, TAMRA?

3. SCARY ISLAND. I swear, after watching Kelly Bensimon’s meltdown in the U.S. Virgin Islands, I was completely hooked on Housewives. Remember how Kelly thought Bethenny wanted to kill her? Remember Kelly accusing Alex of “channeling the devil?” Remember SATCHELS OF GOLD?!? This episode was also back when Sonja Morgan was relatively put together on RHONY, and thank goodness she was able to pull Kelly back from the depths of psychosis.

2. Now we’re in the home stretch! This list would never be complete without including the table flip heard ‘round the world, even IF it created one of the most ghastly Bravolebrities that ever walked the earth. After Danielle Staub plunked the book Cop Without a Badge down on the table and scolded Teresa Giudice to “pay attention, PULEEZE,” the earth opened, a demon was summoned, and everyone on the cast of RHONJ was shooketh. In her very best Mars Attacks martian voice, Teresa screeched, “You wuh a prostitution whoruh, and got f*cking engaged nineteen times?! Yiyiyiyiyiyayayaya b*tch, AHHHHHH!” Those poor kids in the room.

1. Two words for ya: Allison Dubois. Oh my god, you guys. I loved this dinner party so much, IT HURT. We have Camille Grammer at her cattiest, Adrienne Maloof at her most confused, Taylor Armstrong and Kim Richards barking at each other, and the largest martinis I’ve ever seen. When Allison wielded her e-cigarette like she was Bette Davis and declared to Kyle, “He will never emotionally fulfill you. KNOW THAT,” I about died of happiness. The cherry on top was when Camille pegged Kyle’s best friend as “The Morally Corrupt Faye Resnick.” [chef’s kiss]

TELL US – What was your favorite Housewives dinner party? Are there any new good shows you’re watching?