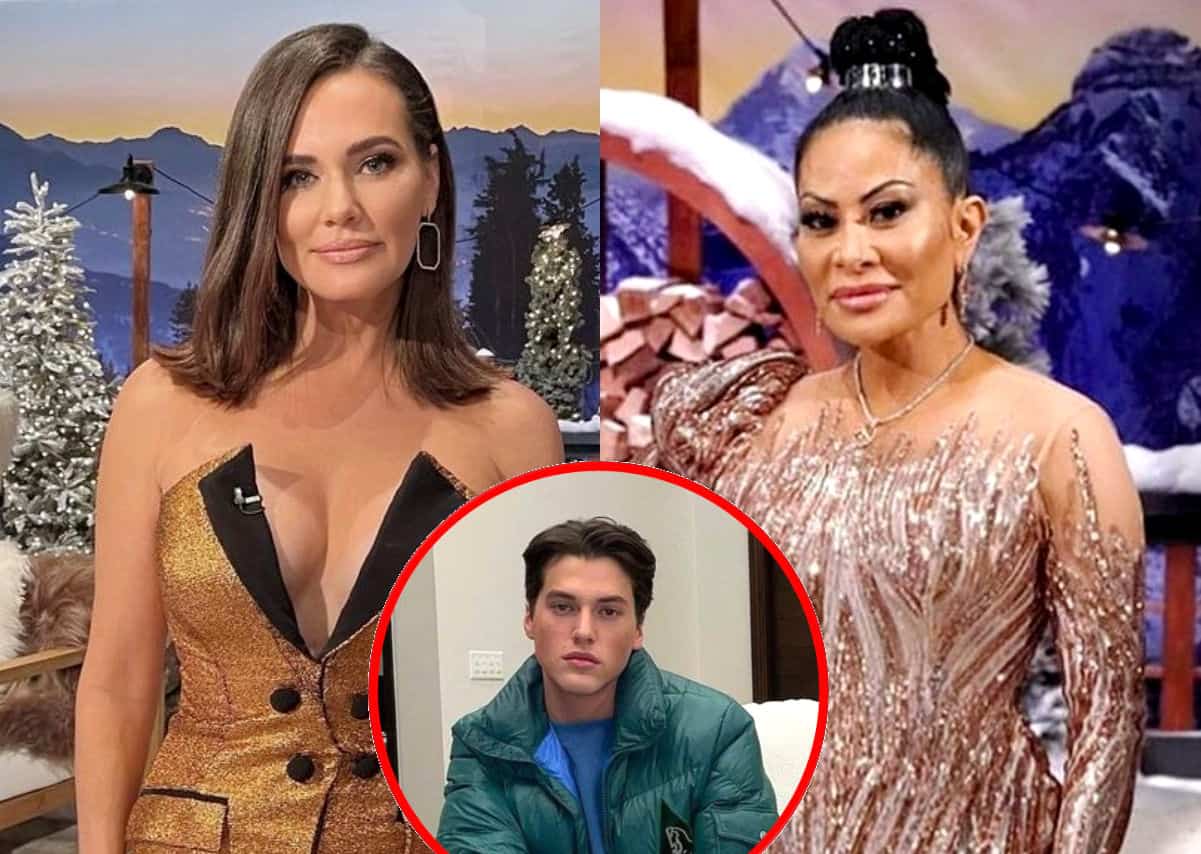 Meredith Marks is sticking up for her son after fans accused Brooks Marks of shading Jen Shah‘s arrest. Plus, new details about the scheme are coming to light.

Following news of Jen’s arrest on Tuesday, her fellow Real Housewives of Salt Lake City castmates have remained tight-lipped. Jen has been charged with conspiracy to commit wire fraud and money laundering after allegedly running a nationwide telemarketing scheme that defrauded hundreds of people over a nine-year period. It is possible that Bravo has directed the women not to comment on the matter just yet as the network hasn’t even issued a statement.

However, on Wednesday, Brooks shared a video of himself lip-syncing the lyrics to a Nick Minaj verse, which was captured by Housewives of SLC on Instagram.

“She threw dirt on my name, ended up at her own burial,” Brooks can be seen mouthing in the video.

Fans immediately connected the dots and were convinced Brooks was referring to Jen as the two have had their own issues in the past. In fact, during the season one reunion, Meredith even accused the pretend “Marketing Company CEO” of “liking” disparaging comments about her son on social media.

Nevertheless, once Brooks’ video was re-shared, Meredith came across the comments and immediately denied that her middle child was throwing shade at her co-star.

“Not sure what you are all interpreting here but there are no hidden meanings on his posts,” Meredith commented, which was captured by Queens of Bravo. “He is simply lip-syncing to one of his favorite artists. Take it at face value rather than reading into it.”

Then, when a fan responded and told the reality star it was definitely meant as shade and she should “own it,” Meredith clapped back before deciding it was probably best to disengage.

“Believe what you want I am speaking the truth,” she replied. “No one is in Brooks’ head or knows his intent but him so [please] don’t tell me what he intends. I am now disengaging on this as there is no more to discuss.”

As Meredith was defending her son, other news about Jen began to break. As it turns out, according to Fox 13 in Salt Lake City, her charges are actually part of a large criminal case that involves 10 other individuals. Jen and her “first assistant,” Stuart Smith, were just the latest to be indicted as the feds arrested the others in 2019.

The other 10 defendants were also accused of defrauding the elderly and other vulnerable victims across the country in a telemarketing scam. When the original arrests went down, authorities stated that they would continue to look for any other individuals involved in the scheme, and it looks like they’ve allegedly found the remaining perpetrators.