Home Real Housewives Of Salt Lake City News Jen Shah Was Arrested While Filming RHOSLC, New Details of Her Arrest Uncovered as Her Future With Show is Uncertain, Plus Photos and Video of Her Glamorous Court Appearance as Bravo Cameras Rolled

Jen Shah Was Arrested While Filming RHOSLC, New Details of Her Arrest Uncovered as Her Future With Show is Uncertain, Plus Photos and Video of Her Glamorous Court Appearance as Bravo Cameras Rolled

Jen Shah was reportedly in the midst of production on The Real Housewives of Salt Lake City season two when she was arrested on charges of conspiracy to commit wire fraud and money laundering on Tuesday.

According to a new report, Jen, who is accused of scamming “hundreds” of victims through a years-long telemarketing scheme, and her co-stars were on a bus preparing to leave for a cast trip when she received a phone call and immediately announced that she needed to leave.

On March 30, hours after Jen’s arrest, Entertainment Tonight revealed that Jen and her co-stars were about to travel to Vail, Colorado, when Jen got the call and claimed her husband, Sharrieff Shah, was in the hospital. In fact, Jen had just finished getting glammed up as her makeup artist shared photos of her new look just moments before her arrest. 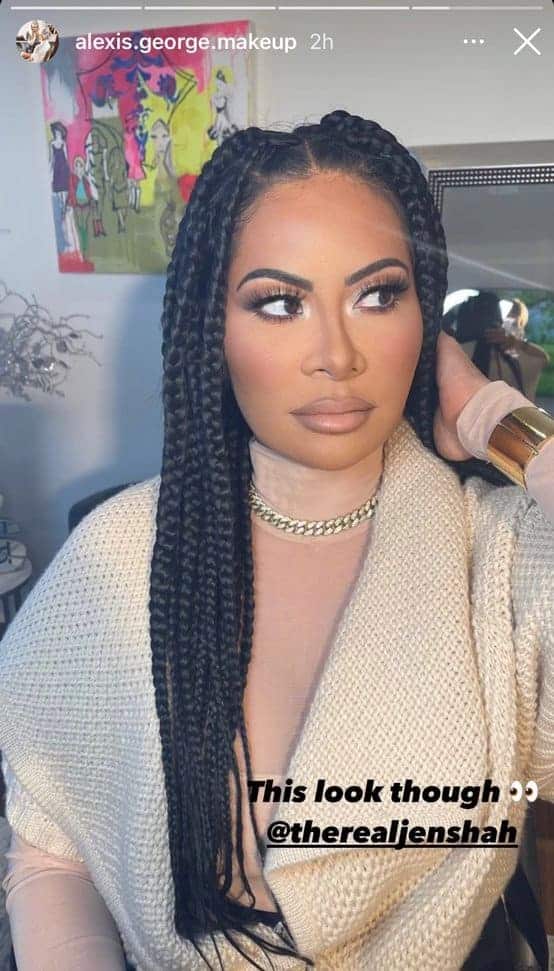 Then, just minutes after she got off the bus, the source revealed that Jen was arrested, along with her assistant Stuart Smith.

Although it is unclear if Coach Shah was ever actually hospitalized, the report confirmed Jen’s future on the show is uncertain and noted that the rest of the women have resumed production without her.

“In reality, they allegedly built their opulent lifestyle at the expense of vulnerable, often elderly, working-class people. As alleged, disturbingly, Shah and Smith objectified their very real human victims as ‘leads’ to be bought and sold, offering their personal information for sale to other members of their fraud ring,” he said. “Working with our partners at the NYPD and the United States Attorney’s Office, SDNY, and with the assistance of HSI Salt Lake City, HSI New York worked to ensure that Shah and Smith will answer for their alleged crimes. As a result, their new reality may very well turn out differently than they expected.”

Following an appearance at a Utah District Court, Jen was seen exiting the courthouse in a fur coat, braids, and knee-high leopard-print boots.

Here are some more photos of Jen Shah leaving the federal courthouse in SLC. #RHOSLC pic.twitter.com/78blfaGejQ

According to one reporter on Twitter, Jen was released after a brief appearance but was required to follow a number of conditions set in place by the court.

“Prosecutors are not seeking detention (she will not have to stay in jail) but will have a lot of conditions ahead of trial, including no asset transfers over $10,000 without court approval. She will also not be allowed to engage in telemarketing,” Jeremy Harris of KUTV2 News shared on Twitter.

Morgan Wolfe, a reporter for KSL 5 TV, shared a video of Jen dodging questions as she made her way out of the courthouse with her attorney.

“[RHOSLC] star [Jen Shah] walking out of the federal courtroom. She didn’t have anything to say to media. Her attorney told me he is representing her TODAY. We don’t know about [tomorrow] and what her plea will be,” she shared.

Jeremy also confirmed on Twitter that Bravo cameras were present at the courthouse.

“We’re there any Bravo cameras???” a fan asked him after he shared a video of Jen getting into a car after her appearance in court. 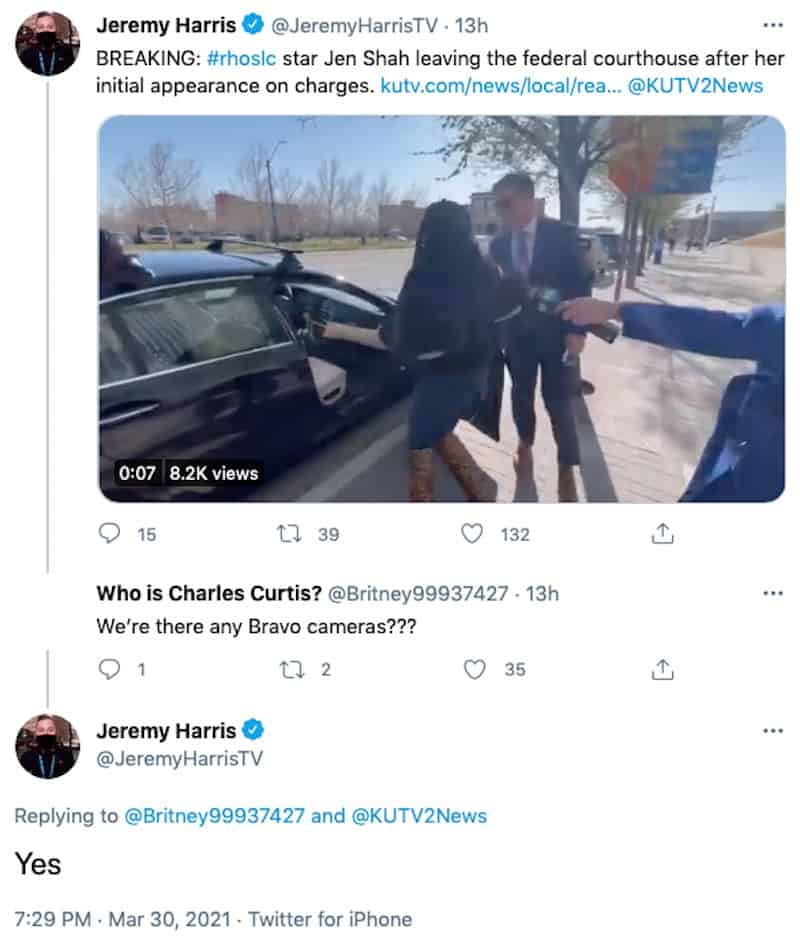 The Real Housewives of Salt Lake City season two is expected to premiere on Bravo sometime later this year.