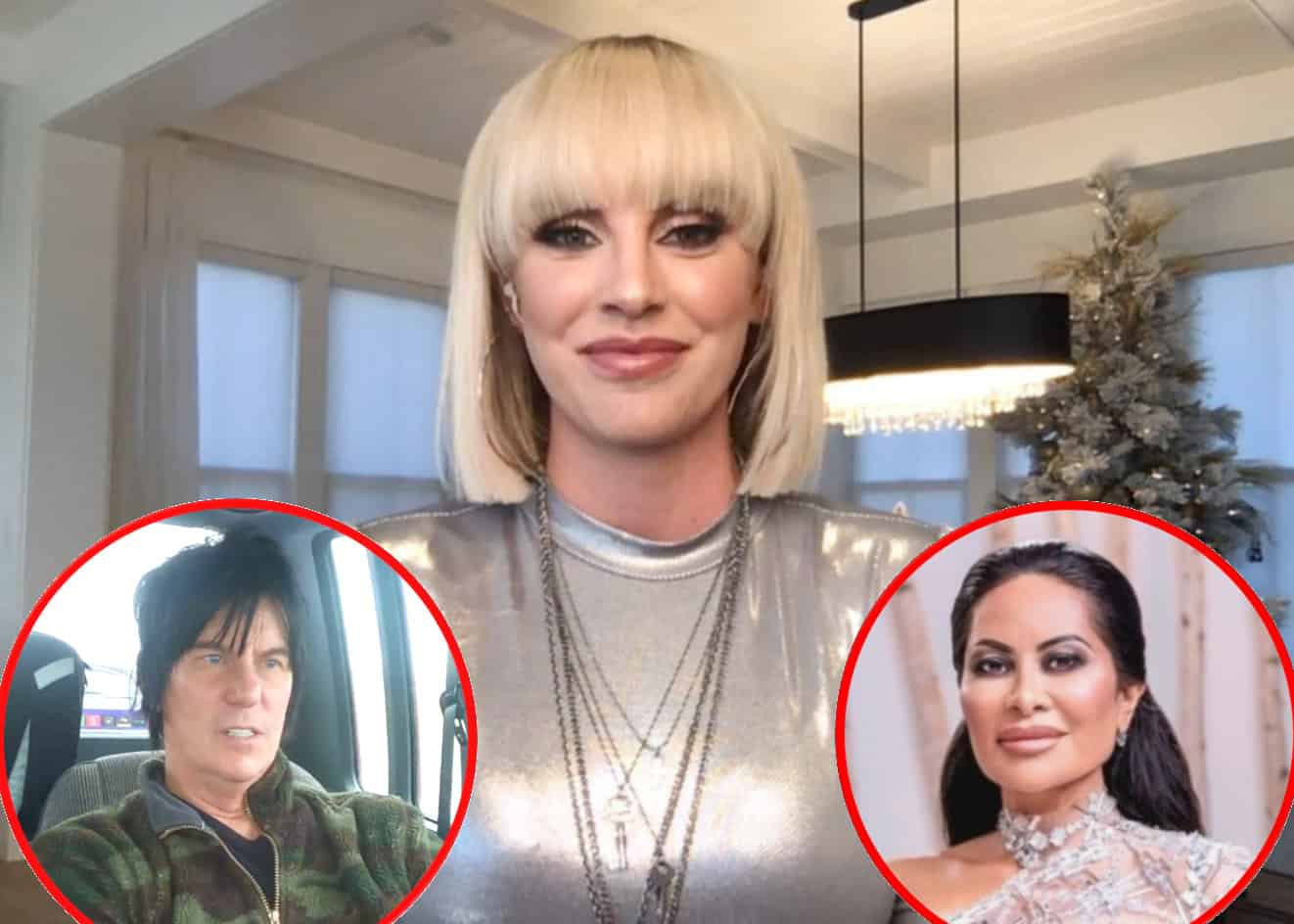 Whitney Rose is no longer in touch with her father.

After opening up about the addiction issues faced by her father Steve Lesh on The Real Housewives of Salt Lake City, Whitney took to her Instagram Stories, where she offered an unfortunate update on her dad and addressed the potentially upcoming second season of the show.

After being asked, “How is your dad doing?!,” on January 1 during a Q&A, Whitney admitted that she hasn’t spoken to her father for some time.

“So I actually don’t know how my dad is doing right now, which is breaking my heart and is having me very worried. He’s not responding to me currently so I hope he is okay,” she shared. 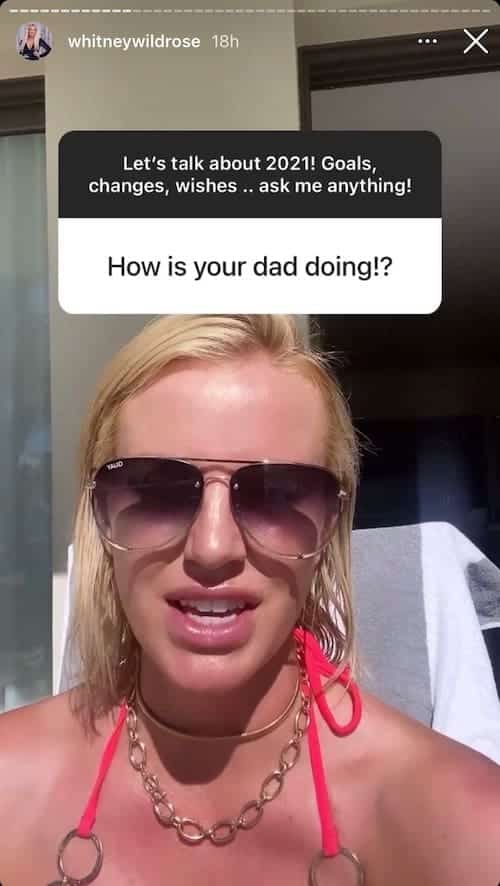 When Whitney was then asked about RHOSLC season two, which has not yet been confirmed by Bravo, she told another fan that she hasn’t heard a thing about filming new episodes.

“I haven’t received word yet if we’re doing a season two but I sure hope so so stay tuned,” she teased.

Whitney then added that she and her castmates are “about to film the reunion.” 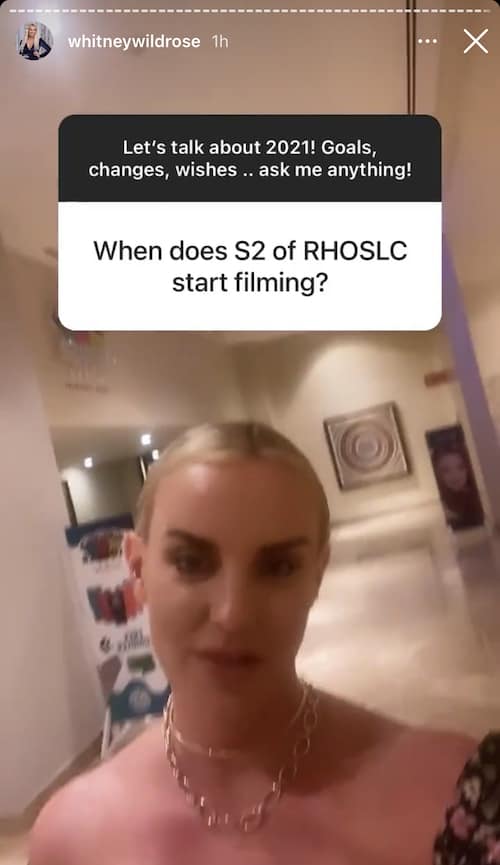 In other RHOSLC news, Whitney was recently called out by her co-star, Jen Shah, for sharing a post on Twitter about the marriages and husbands of their castmates.

“Does anyone notice how some of the Housewives behave differently when their husbands are around?” Whitney had asked in a tweet shared days ago.

In response, Jen shared a screenshot of Whitney’s post on her Instagram Stories and told her fans and followers she didn’t understand why Whitney was speaking of the matter.

“Why is someone always worried about and talking about everyone else’s husband and marriage?” Jen asked, adding the hashtag for “worry about yourself.” 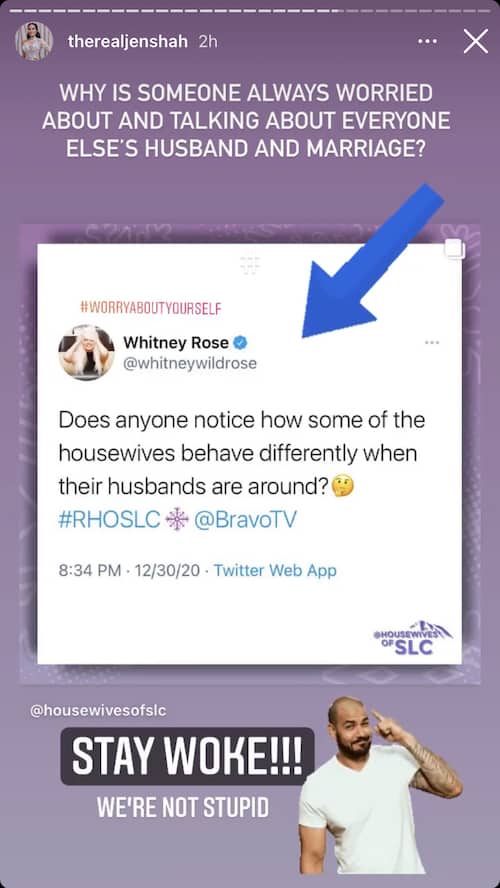 Jen’s words for Whitney comes just days after she accused Whitney of intentionally messing with her marriage to husband Sharieff Shah.