RHOSLC Star Jen Shah Accuses Costar of ‘F–king Up’ Her Marriage to Sharrieff Shah as She Blasts Whitney Rose and Breaks Fourth Wall to Producers, Plus Live Viewing Thread! 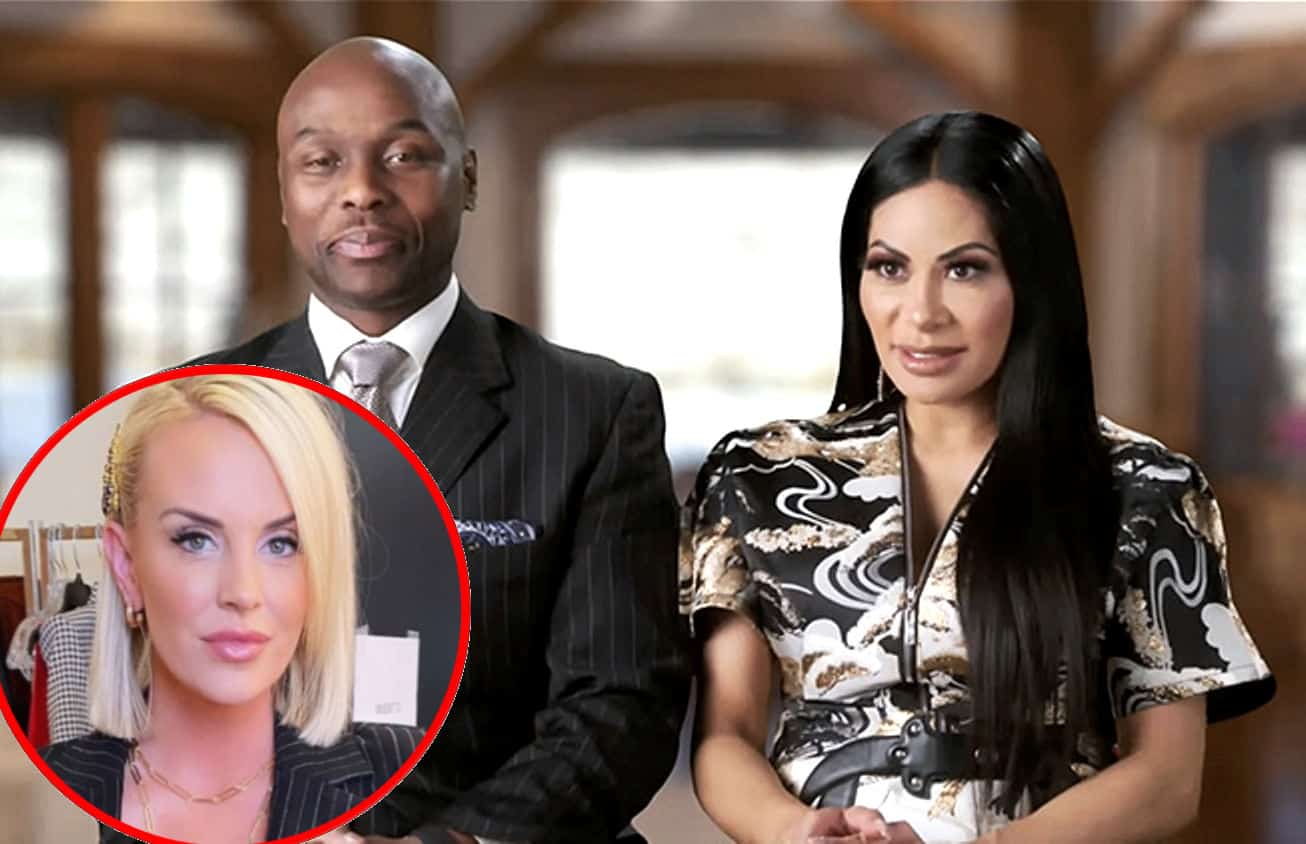 Real Housewives of Salt Lake City star Jen Shah came to play for her debut as a housewife, and as the season continues, she’s showing no signs of slowing down.

In a sneak preview for this week’s episode, an argument between Jen and co-star Whitney Rose gets so heated the epic Housewives fourth wall is broken as Jen starts to battle it out with a producer.

The argument erupts while Jen, Whitney, and Heather Gay [try to] relax in some outdoor baths as Jen says that Whitney did something that “f–ked up” her marriage with Sharieff Shah, causing her football coach husband to not want to return home for a few days.

“You did this at my husband’s birthday party, and if you’re gonna bring something there, don’t do that!” Jen shouts, seemingly welling up in tears.

“I didn’t blow it up!” Whitney proclaims as Jen interrupts her, saying, “Yes you did!”

“I told you specifically, Whitney, how much that day meant to me!” Jen exclaims. “Like what the f–k!”

“And that’s why I was trying to check in with you,” Whitney explains, before Jen cuts her off again by saying, “You had to do it there!”

The clip cuts to a confessional from Whitney, who calls out Jen for her immature behavior.

“Jen has gotten so used to projecting onto other people,” she explains. “She’s gotten away with and gotten used to making everything everyone else’s fault. And … I don’t know how much longer I can sit here and be a mirror for her.”

Cutting back to the women, Jen continues to dig into Whitney.

“You decided to bring it to me so you took responsibility to bring it!” she shouts.

“But you have a part in it!” Heather butts in. “You smashed the glass and you did what you did”

“My f–king marriage is f–ked up because of that night!” Jen explodes, again trying to place the blame on Whitney and revealing that her husband hadn’t been home for a few days because of the confrontation.

“She didn’t want that to happen!” Heather chimes in as the ladies tussle about “taking responsibility” for the falling out of events.

“I trusted you guys as my f–king friends and Whitney — f–king roll your motherf–king eyes over there one more time I will drown you b–ch!”

Jen then splashes out of the bathtub in anger, splashing the camera crew off screen.

“Why did you splash the camera?” asks an ostensibly incensed producer.

“That’s what happens when you f–king film me in the f–king bathtub!” Jen shoots back.

Jen has noted before that she doesn’t wish for Whitney to return for a potential RHOSLC season two, so fans might be witnessing the beginning of a very feisty feud!

Real Housewives of Salt Lake City Live Viewing – This is also the live viewing thread for tonight’s new episode of season one, which airs on Bravo at 10 p.m. Feel free to share your comments in our chat below as the episode airs!