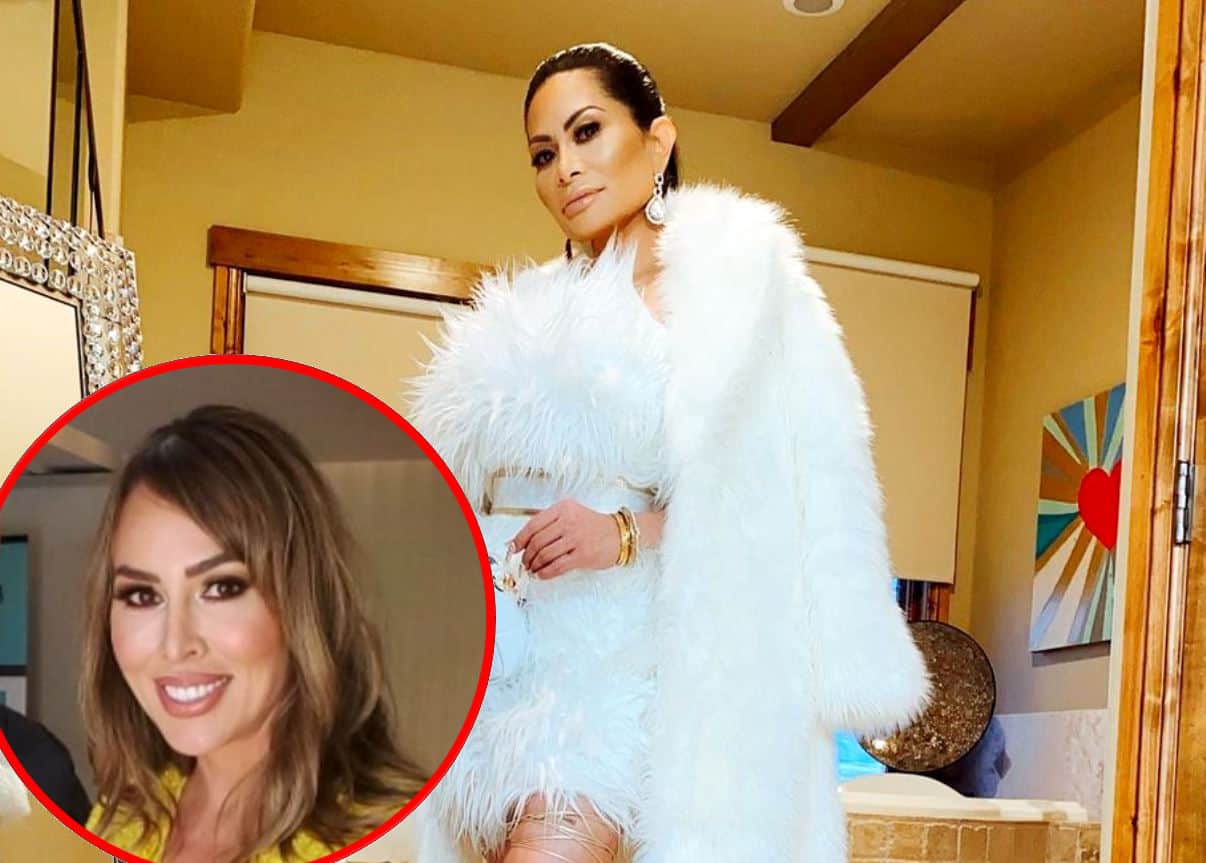 Jen Shah has definitely made waves as one of the breakout stars of The Real Housewives of Salt Lake City, and already, cast drama has blown in from the first few episodes like a snowstorm.

In true Housewives fashion, we’ve had some petty drama taken to the next level starting in episode one, where Jen expressed her discontent with Mary Cosby saying she smelled like a hospital.

On the show, Jen shared that she was visiting her aunt who had to have both legs amputated, and she was very upset about Mary’s perceived diss. However, in a new interview, Jen is clarifying that she actually didn’t even go into the hospital to visit her aunt, which made her more confused about Mary’s supposed sense perception of her when they were together.

“I don’t know if everybody caught this … I didn’t go into the hospital, so that’s what makes it even more mind-blowing is … I didn’t go to the hospital,” she shared with Access Hollywood, explaining how her mother told her to come after she met up with the women as her aunt was having blood work at the time. “So when I walked in and Mary was choking or whatever she was doing and dying or … reminiscing about her odor glands getting removed or whatever you call it, um … yeah, that was an act because I never went to the hospital. You’re not smelling hospital. Your odor glands that you got removed? They’re not working, something’s not working because you’re not smelling hospital.”

In terms of the other drama from the show, fans began to see the cracks in the marriage of Meredith Marks and her husband Seth Marks as the two have struggled to keep their partnership strong while occasionally living apart.

Jen shared that she didn’t realize the details of their tension and also noted Meredith’s tendency to avoid conflict and confrontation.

“When I saw that scene it made me feel a little bit sad to actually see their behind-the-scenes so-to-speak communication and what was going on because we just kind of hear what’s happening on the surface, right?” she remarked. “It didn’t surprise me when Meredith was like, ‘No, I’m disengaging, this conversation’s over, I’m not doing this.’ That is Meredith. Meredith, if she doesn’t wanna talk she’s like, ‘I’m done! I’m done!'”

When it comes to a Bravolebrity she kinda doesn’t care for? That would be The Real Housewives of Orange County‘s Kelly Dodd, who she named as her least favorite housewife of all the franchises.

“Least favorite would be Kelly Dodd. I don’t know her personally, but I’m just basing this off of her social opinions, coronavirus opinions, wearing a mask opinions, they’re very much against what my own personal beliefs are,” Jen stated.

There may be more brewing in the pot for this season of RHOSLC as Jen revealed that the one housewife she wouldn’t want to return next year would likely be Whitney Rose.

“I like Whitney, but if I had to pick one person just, what we have in common … like at least with Mary it might not make sense, but at least she’s gonna talk. With Whitney I just don’t like lies,” she stated.