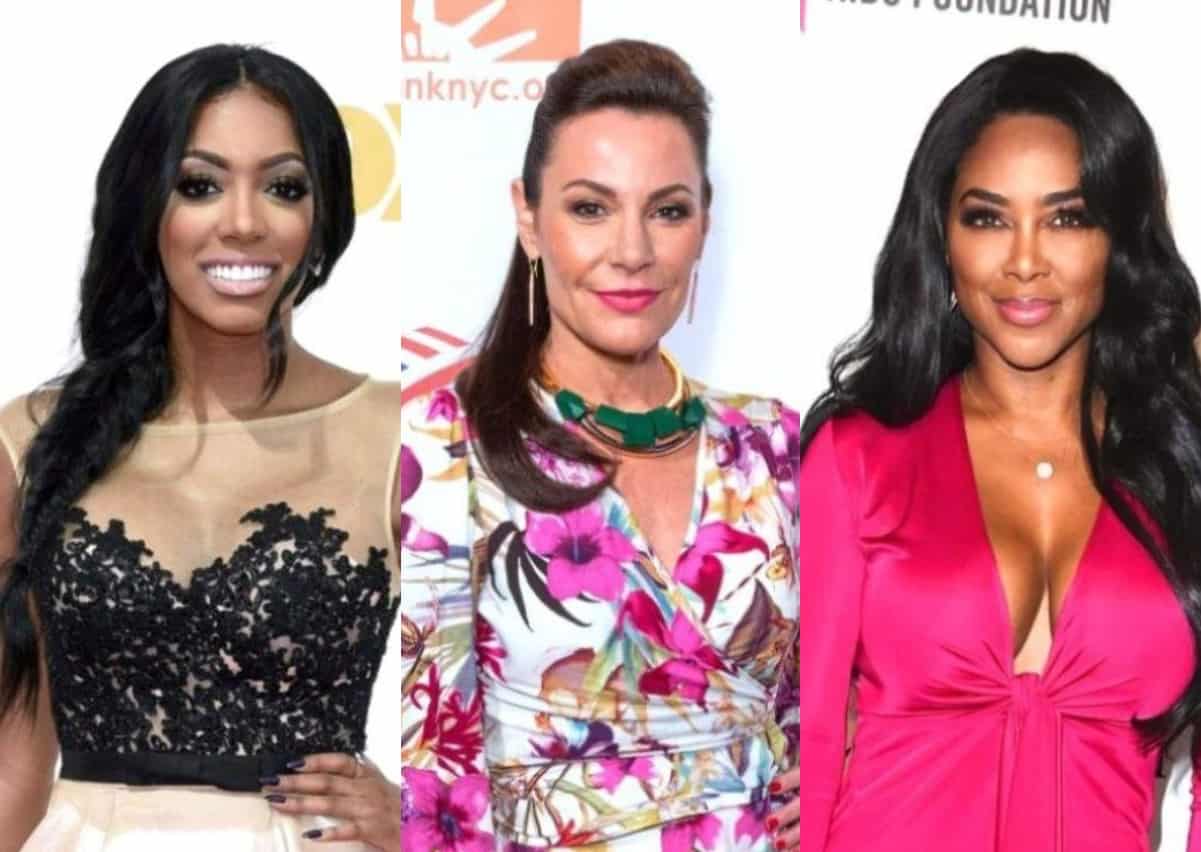 Howdy ho, Blurbers! Spring is in the air, and yard work is a-callin’, but that doesn’t mean we need to skip this week’s Open Post, amirite? Right? Hello???? For those that have just joined, Reality Blurb’s Open Post is a magical place where we provide you with some light fluff, and you get to talk about whatever you want! That includes shows we don’t normally cover on here! You also get to have fun and socialize, so don’t screw up the magic with weird, moody arguments! (Okay, I’ll stop with the exclamation points for now.)

If you have any suggestions for future Open Post topics, please send them on over to [email protected], but for now, let’s get to… drum roll, please… the Top Ten Cheesiest Housewives Music Videos! I picked ten that I feel best to exemplify the strange phenomenon of Housewives who scrimped and saved their hard-earned Bravo dollars to give us HIGH ART in the form of visual representations of their music. These aren’t in any particular order, so if you wish to rate them, HAVE AT IT. Now let’s get to it.

“Feel The Rush” by Adriana de Moura of RHOM.

Fun! I remember bopping my head to this ditty during the opening credits of Real Housewives of Miami, and had no idea it was sung by Adriana at first. Too bad it looks like she took Benadryl before filming, and can’t find the correct camera angle to save her life. Also, I need to understand how that fire dancer’s ponytail didn’t catch on fire. HAAAAAALP!

You know what this world needs more of? Cutesy love songs in honor of Michael Darby! I can’t think of a more devoted, loving, and caring husband than “I ONLY SLAPPED HIS ASS IN GOOD FUN” Michael. Fingers crossed Ashley puts out a full-track album and names it Adonis from Down Under, which will include smash hits such as ‘Boxxxer Briefs’ and ‘Postnuptial Seduction.’

Look! It’s Joey Jo Jo from all the way back when! And what is she up to here, channeling early P!nk while spelling like early Prince? This song has to be about Slade Smiley. It just has to. I remember him acting super creepy when he was engaged to Jo, so the “Dying to break out // Ready to freak out” lyrics sound about right. Also, way to ruin all the delicious desserts on the table with your feet, JERK!

I actually had an Erika Jayne song in this slot, but then thought to myself, “Mmm, pass. No need to help her YouTube numbers,” so I took it down. In its place is the best visual representation of the Countess’s haughtiness I could find! Remember when Ramona Singer refused to be a part of Luann’s video because her music wasn’t Christian enough? LOLOLOL.

“Work Done” by Porsha Williams of RHOA, Melissa Gorga of RHONJ, and Sonja Morgan of RHONY.

This honestly should be the theme song for all Housewives. I love how while Porsha and Melissa are bringing the SEX, Sonja is lounging in the middle of the set, looking a little drunk. This ode to plastic surgery is actually just a commercial for Fiber One Chocolate Fudge Brownies (LOL), and features cameos by Dorinda Medley and Tamra Judge.

“Can’t Wait to Grow Up” by Milania Giudice of RHONJ.

This video starts off with a RIVETING scene of Teresa Giudice woodenly telling her dorter and her friends to get off their phones, and from there, we watch Milania try her hand at “rapping” while getting rowdy in a mall. (Question: are malls still a thing? I haven’t been to an actual mall since the Obama administration.) The messaging is pretty weird for a 12-year-old, in my opinion. “I can’t wait to grow up / I got plans to blow up / Mama said it ain’t easy but I don’t care, so what?” Girl, if you’re going to be anything like your mama, CHERISH YOUR CHILDHOOD DEARLY.

Oops! How’d this one get in here? I have no idea, but I guess we better just sit back and enjoy my favorite music video from last year, no questions asked!

“Gone With The Wind Fabulous” by Kenya Moore of RHOA.

OMG, it’s Shangela from RuPaul’s Drag Race!!! That’s reason enough to watch this sh!tshow, but I’ll level with ya, Blurbers. Watching Kenya try to act funny is highly entertaining. When compiling this list, I kept coming back to this video and thinking about how strange it’d be to be the actress that was hired to make fun of Phaedra Parks. “Yay! You made the cut to be in my music video! Now take off your bra, put this net on, and walk into that church over there.”

“Tardy to the Party” by Kim Zolciak-Biermann of RHOA.

One of my favorite memories of the first season of Real Housewives of Atlanta was Kim Zolciak not even trying to match her wigs to her real hair color. If you share the same enthusiasm for cheap-looking messes, then I have got a music video for you! I can’t decide which part I like the best, but I’ve narrowed it down to Kim waving around a cigarette while pretending to sing in what looks like a doomsday bunker, and the line of three girls waiting to get into a nightclub that looks like an accountant’s office.

Does anyone else think Luann doesn’t look quite like herself in this video? It must be the eyebrows and longer hair, I dunno. This song is arguably the catchiest of all Housewives songs (even my husband – who is only peripherally acquainted with Housewives – knows it by heart), and Luann arguably has the most well-known discography in the Bravoverse (sorry, Kandi). My favorite thing about this song was watching Luann record it in the studio without the mercy of autotune:

Welp! That’s my list. There were several other songs I wanted to include, but they didn’t have music videos, dammit! So, please feel free to add more in the comments section. Happy Open Posting, Blurbers!

TELL US – What is your favorite Housewives song? What shows are you watching these days?