RHOBH Recap: Crystal and Sutton Butt Heads Over Race Discussion in Lake Tahoe as Garcelle and Kyle Squash Their Beef

by Julia May 27, 2021 430 comments
ShareTweetWhatsappPinterestRedditTumblrMailFlipboard 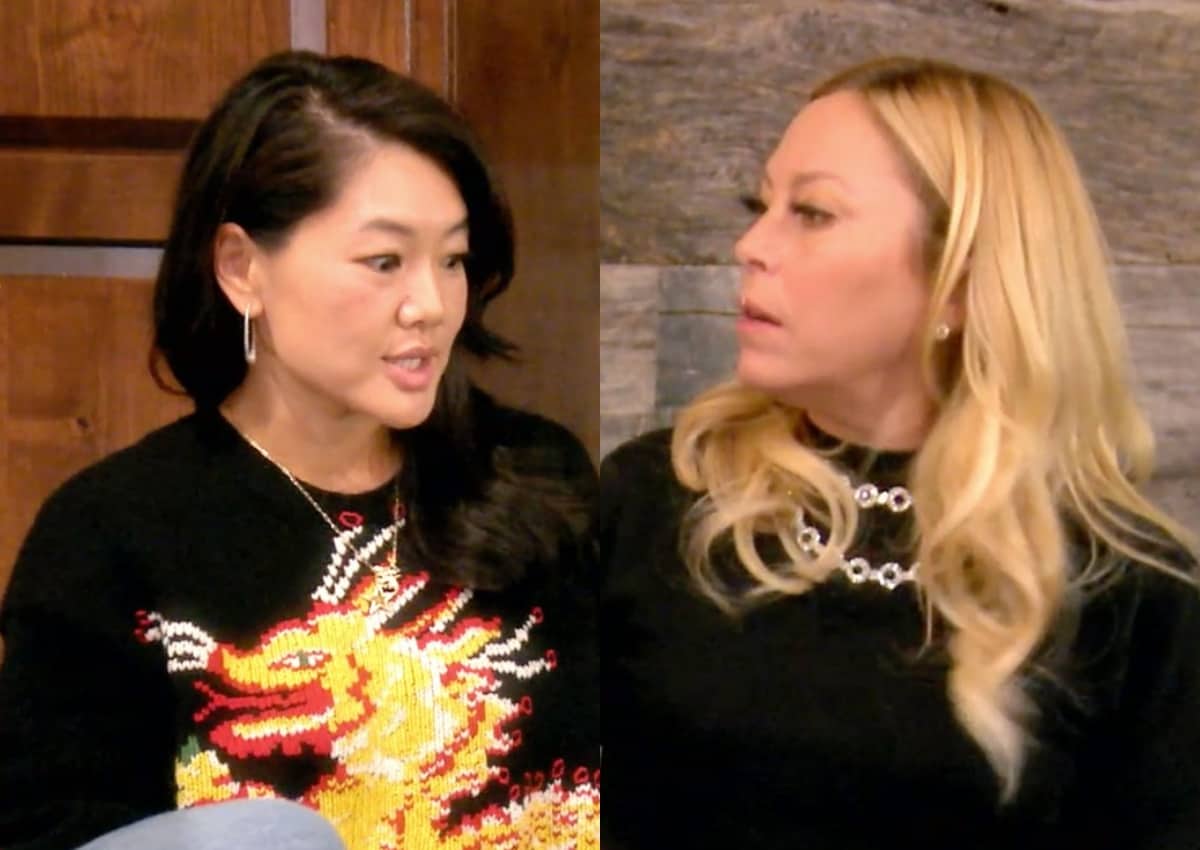 Who needs Teddi as an accountability coach when we have Garcelle holding Kyle and Rinna accountable for their behavior and actions? On this episode of the Real Housewives of Beverly Hills, true colors come out in Lake Tahoe…

Garcelle phones Sutton for a pep talk prior to her meet-up with Kyle. Things are awkward between Garcelle and Kyle. They haven’t quite moved on from Kyle’s reunion bombshell. Recap: At the RHOBH reunion last season, Kyle publicly accused Garcelle of not paying her donation for a charity fundraiser. Since the accusation, Garcelle has apparently paid, but hot damn, Garcelle is totally allowed to be p*ssed at Kyle for dragging her reputation through the mud! Needless to say, the two haven’t really cleared the air.

Erika is showing off her life yet again. Man, these producers are really laying on her grandeur thick, huh? The girl has got racks of clothing to “shop,” and she has invited her “proper Southern lady” friend, Sutton, over for some fun. They discuss how excited they are for Lake Tahoe, and Sutton opens up about the new home that she is building. She shares that moving on is a bit symbolic, and this is the first time she is doing anything on her own. Sutton also claims that she might even have a little Pretty Mess deep down inside of her.

Meanwhile, Kyle does a FABULOUS job of giving Garcelle a fake hello, and then she gets right down to business. Kyle is disappointed that someone dislikes her and is irked that Garcelle does not even give her a chance to make things better. She begs Garcelle to start over, but Garcelle reminds Kyle how she cut her to the core when she accused her at the reunion.

It is clear Kyle was just trying to embarrass Garcelle in front of millions of viewers. Garcelle asks Kyle, “Would you have said it to one of the white women?” Garcelle feels as though it was “weaponized” on her being a Black woman, and she proceeds to share an instance where she was not properly served at a restaurant. Garcelle feels a bit like an outsider in Hollywood since no one has ever asked her what her life is like as a Black woman. Kyle claims she now has a better understanding of who Garcelle is and why Garcelle would be mad about the remark. Once their lunch gets served, it seems like they are in a much better place.

Life in the Minkoff home is hectic with the kids, but Tiger Mom Crystal holds it down pretty well. The girl’s got colored-coded schedules and calendars, but she needs it to keep everything running smoothly. Her husband, Rob, is a famous Hollywood director, and although Crystal does not like to brag about herself, she doesn’t STFU about her hubby! It appears everyone in Crystal’s life is a celeb — hello, her brother is a pop star in China! The hits just keep on coming… but TBH, I think we need to see more of Lucy, Crystal’s house manager. The woman is pure gold. Hell, let’s give Lucy a diamond!

It’s the day of the Tahoe trip, and the women overpack and pile into a private plane because is there any other way to travel? (Side note: Did Erika really come dressed in an orange jumpsuit?! Intuition of her future, perhaps?)

As the plane takes off, Garcelle fights back her anxiety and fear of small planes, but once they arrive at the Airbnb Luxe (who knew there was such a thing?!), all the women can exhale. They have their own personal chef, bars (plural), indoor pools, and saunas. I hate to say it, but Rinna killed it in finding this place — except for the fact that there is a bear issue for the ground floor rooms. WHAT. Oh, and because of COVID there is no valet and no bellhops, so the ladies have to actually do work and carry their own bags. The horror!

For the first night in Tahoe, Kyle makes the hired chef her sous-chef, and she insists on cooking dinner for the ladies herself. In reality, Kyle is just barking orders at the chef and telling Crystal to make her margaritas, but I digress. In the end, Kyle should have kept the chef on duty. She burns the salmon (no, it is not “smoked” salmon, that fish is BURNT) and probably leaves all of the women starving.

Also, Kyle will forever be Doogie now. She got that nickname from her sisters and it is just so perfectly fitting.

Sutton asks Garcelle to play “Santa” and hand out the gifts she brought for the women. Garcelle is not hired help, Sutton.  Be careful. Everyone gets a personalized flask (as if they are part of a bridal party), and Kathy is so perplexed by the gift that she asks what one puts inside of it… perhaps mouthwash?

Post dinner, everyone pushes through their hunger and the ladies decide to play two truths and a lie. DEAD over Crystal.  That girl brought it and really sent the ladies reeling. Crystal shares she was the phone operator at an escort agency (cute little loophole there), and we learn that Sutton worked at Starbucks as a barista. Erika won’t even confirm or deny her truth or her lie cuz she sucks. (Wait — was the wire that she wore for a “government case” connected to her husband Tom? I NEED ANSWERS!) Rinna claims she is not a good liar (calling BS on that!), and Kathy breaks the rules and tells all truths because she is ridiculous.

As the night wraps up, Garcelle finds Rinna and lets her know that they are, in fact, not all good. Garcelle did not like seeing the ugly side of Rinna and believes she cannot trust her. Garcelle drills into Rinna how important trust is and wants to know if she can trust Rinna to not backfire on her again. To that Rinna replies, “I can’t promise you that.” Typical.

Rinna feels like Garcelle wants to punish her and Garcelle agrees. Garcelle is tired of being nice and is tired of the labels that have held her back for a long, long time. Rinna is THRILLED that Garcelle came to her, was honest with her, and didn’t run and hide. The end of the conversation sounds very businesslike, and I am not sure this is ever going to be over.

Meanwhile, on the club’s first floor, there are no bear sightings, but things are heating up. Kyle fills Sutton and Crystal in on her recent meeting with Garcelle and tells Crystal about her past with Garcelle. Kyle admits that she did not regret calling Garcelle out at the reunion until she sat down and talked to her about the issue at hand. Crystal attempts to interject, as a woman of color, to share her own insights and to connect with Garcelle’s comments.

As quickly as Crystal tries to educate Kyle and Sutton is as quickly as Sutton steps right in and says, “I am not talking about racial stereotypes.” Things get hot, fast. Sutton claims she also has a stereotype as a Southern woman and that about puts Crystal right over the edge. Crystal challenges Sutton, puts her back against a wall, and states, “Tell me you’re that girl. I don’t see color.” Sutton looks shook. To be continued…