Kathy Hilton on Why She Stopped Watching RHOBH, Explains Why She Finally Joined Show and Shares Advice Kim Richards Gave Her, Plus Talks “Avoiding” Daughters Paris and Nicky Hilton 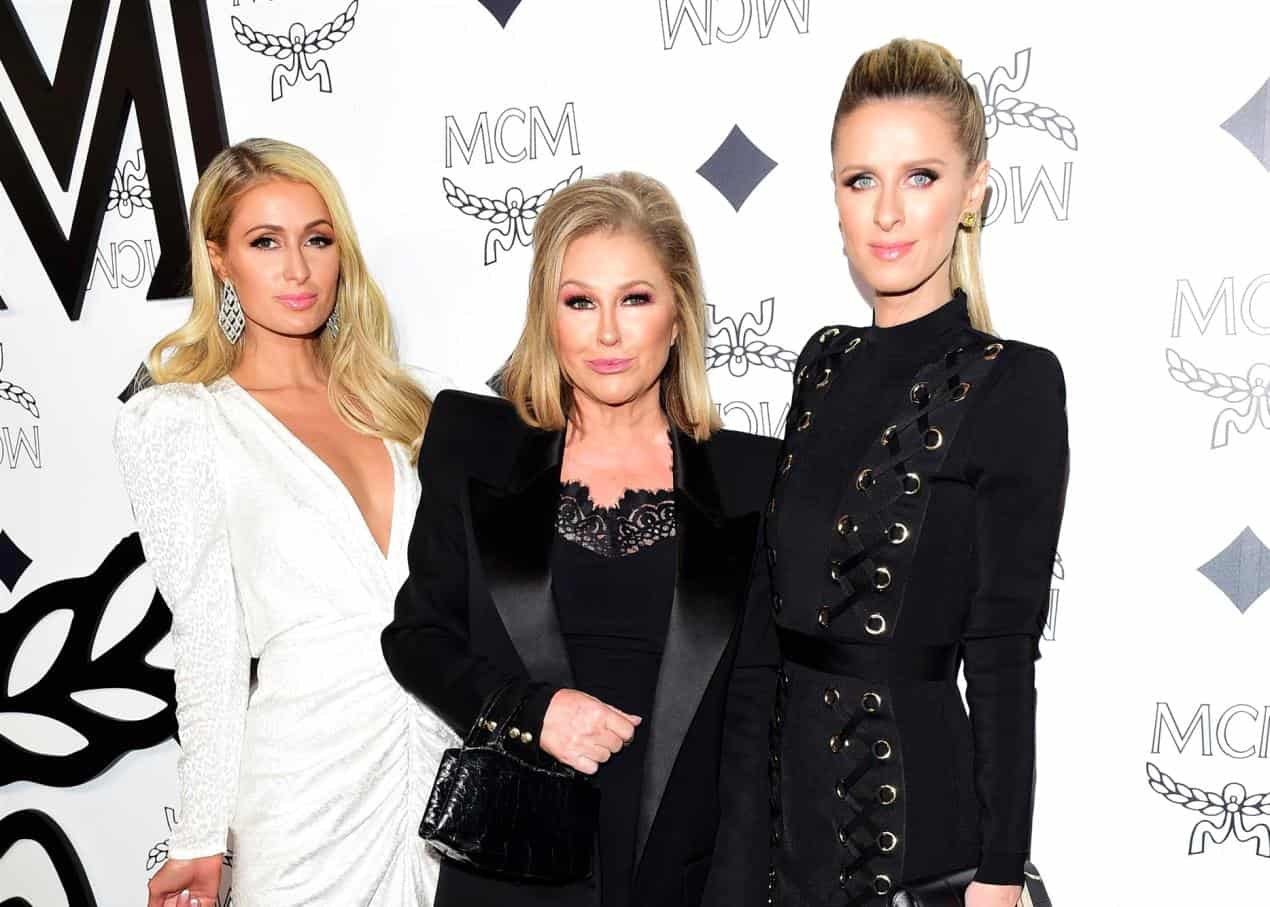 Kathy Hilton reveals why she stopped watching The Real Housewives of Beverly Hills and explains why she finally agreed to join the show as she confirms she wasn’t completely honest with her famous daughters about her decision to join.

In a recent interview, Kathy revealed that she used to tune into the show way back in season one, but one particular moment between her sisters Kim Richards and Kyle Richards caused her to stop watching for good.

“No I don’t watch the show,” she said in a recent interview with Access Hollywood. “I did until [Kim and Kyle’s] big fight and then that was is. That was it. The big limo fight that was it for me.”

If fans recall, that “big fight” was a huge turning point in Kim and Kyle’s relationship as the sisters did not speak for some time after the blowup, which obviously affected Kathy as well. During the fight, Kyle outed Kim as an alcoholic, and Kim accused the mother-of-four of stealing her “g*dd*mn house.” However, one good thing did come out of the argument as Kim entered rehab following season one.

Thankfully, all three sisters are finally in a good place, but Kathy says Kim was actually the first person she called when she was considering joining the show. As for the advice Kim gave her older sister, she urged Kathy not to “lose her temper.”

Though it was Kim who convinced her to become a Bravolebrity, Kyle is ultimately the reason she finally decided to sign the contract she has reportedly been offered for many years. Due to their complicated past, Kathy believed the show might finally bring them closer than ever.

“We went back and forth this 11th season many, many, many times. It was touch and go for about three months,” she shared. “And then finally I thought, ‘This is a great opportunity to spend time with Kyle.'”

She added, “I’m sure most of you that watch the show know that we had a rough road for many years. So we had started to spend more time together. I was just really excited to be able to be with her and I’m just really happy that I did it.”

Kathy’s daughters, Paris Hilton and Nicky Hilton, have previously claimed that their mom “lied” to them about signing the contract and only agreed to join the show because she was bored.

“My mom lied to us, pretended she wasn’t doing it, wouldn’t admit it, and there’s no way that she would ever do this if there was not a pandemic happening and she wasn’t so bored at home for the last year,” Paris said on her This Is Paris podcast in March.

Though Kathy didn’t confirm that she “lied,” she did admit that she avoided her daughters for a while after she made her final decision.

“I just kept avoiding them because I knew they wouldn’t be happy with that,” she confessed. “But I knew I could handle it. They don’t like the idea of fighting. They had this preconceived [notion] that everybody’s screaming and fighting. And yes, there is some of that, but I am the one who tries to help smooth things out a little bit too. I’m not going to make a fool of myself. I’m going to be true to myself.”