Home Shahs of Sunset Mike Shouhed on Why Girlfriend Paulina Exposed His Dirty Texts, Shares Where He Stands With Shahs of Sunset Costars Reza and GG Today, and Teases “Twists and Turns” About Spoof Messages

Mike Shouhed on Why Girlfriend Paulina Exposed His Dirty Texts, Shares Where He Stands With Shahs of Sunset Costars Reza and GG Today, and Teases “Twists and Turns” About Spoof Messages 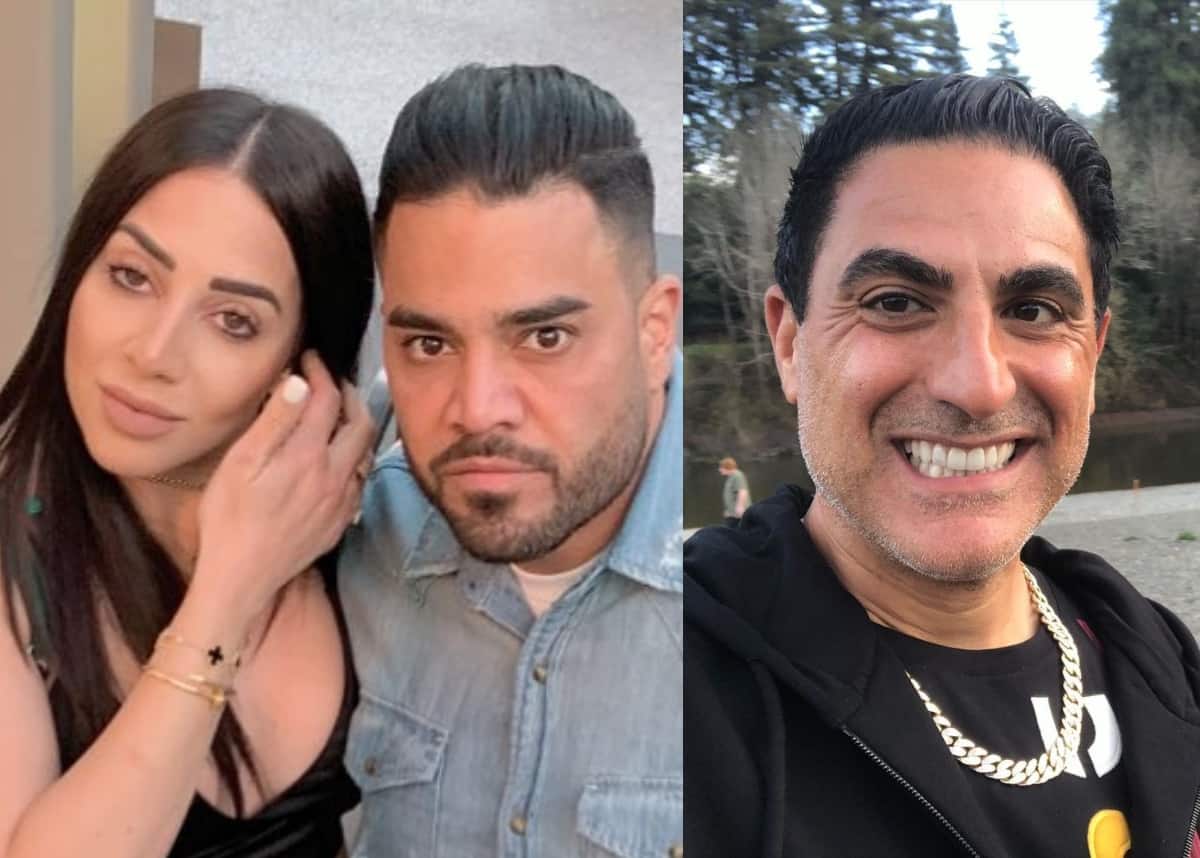 Mike Shouhed calls girlfriend Paulina Ben-Cohen “savage” for sharing screenshots of his raunchy exchange with another woman and responds to a comment Reza Farahan recently made about the messages. Plus, he maintains Reza is the one who initially suggested Golnesa “GG” Gharachedaghi was behind the alleged spoof texts he received as he teases what’s to come this season.

As Shahs of Sunset fans know, after initially lying about exchanging inappropriate text messages with another woman, Mike finally came clean to both Paulina and his friends about the situation. And in a new interview, he called Paulina “savage” for sharing the messages with his co-stars, but admitted it’s probably best that she did.

“Savage! She wanted to get to the bottom of it and make sure it never happens again, and she knows my friends hold me accountable, so she’s like, ‘You know what? ‘I’m gonna throw him to the wolves and let them eat him,'” he told Hollywood Life. “And that’s exactly what happened, and I admire her for having the strength to do that. I wish she wouldn’t have, obviously, but I can’t blame her. It’s my fault for allowing those messages to happen so that she would have ammunition to get my friends.”

Reza also recently spoke with the same outlet and claimed he “needed Pepto Bismol” after reading Mike’s messages. However, Mike isn’t buying it because when he was asked about his longtime pal’s comment, he claimed Reza likely enjoyed reading the juicy exchange.

“I think he was salivating, and he wished he had a fork and knife so he could just chop that steak up that he got and was like, ‘Oh Man,'” he snarked. “He loves – like an old Persian grandma- he loves being in the middle of everything.”

He added, “[Reza] loves good gossip and he was like ‘Wow, look what fell into my lap!’ So, he loved it.”

Mike also addressed the alleged spoof messages he received, which GG has been accused of sending. Reza has vehemently denied telling Mike that GG was behind the messages, and Mike admits the real estate broker never said her name, but he claims Reza strongly implied it was her.

As for where Mike stands with both Reza and GG now that the season has wrapped, he says he still loves both of them.

“I love them both,” he professed. “Obviously, with any real relationship or friendship, you’re gonna have some bickering and differences, but our friendships are too strong for them to ever die. We just take breaks, and then we come back together.”

Still, there’s plenty of drama to come in season nine, which Mike says will surprise many fans, especially once the truth comes out about the spoof messages.

“There’s gonna be a lot of twists and turns,” he teased. “It’s like a murder mystery, and we’ll get to the bottom of these spoof text messages sooner or later.”

He added, “It turns out differently than what you expect.”