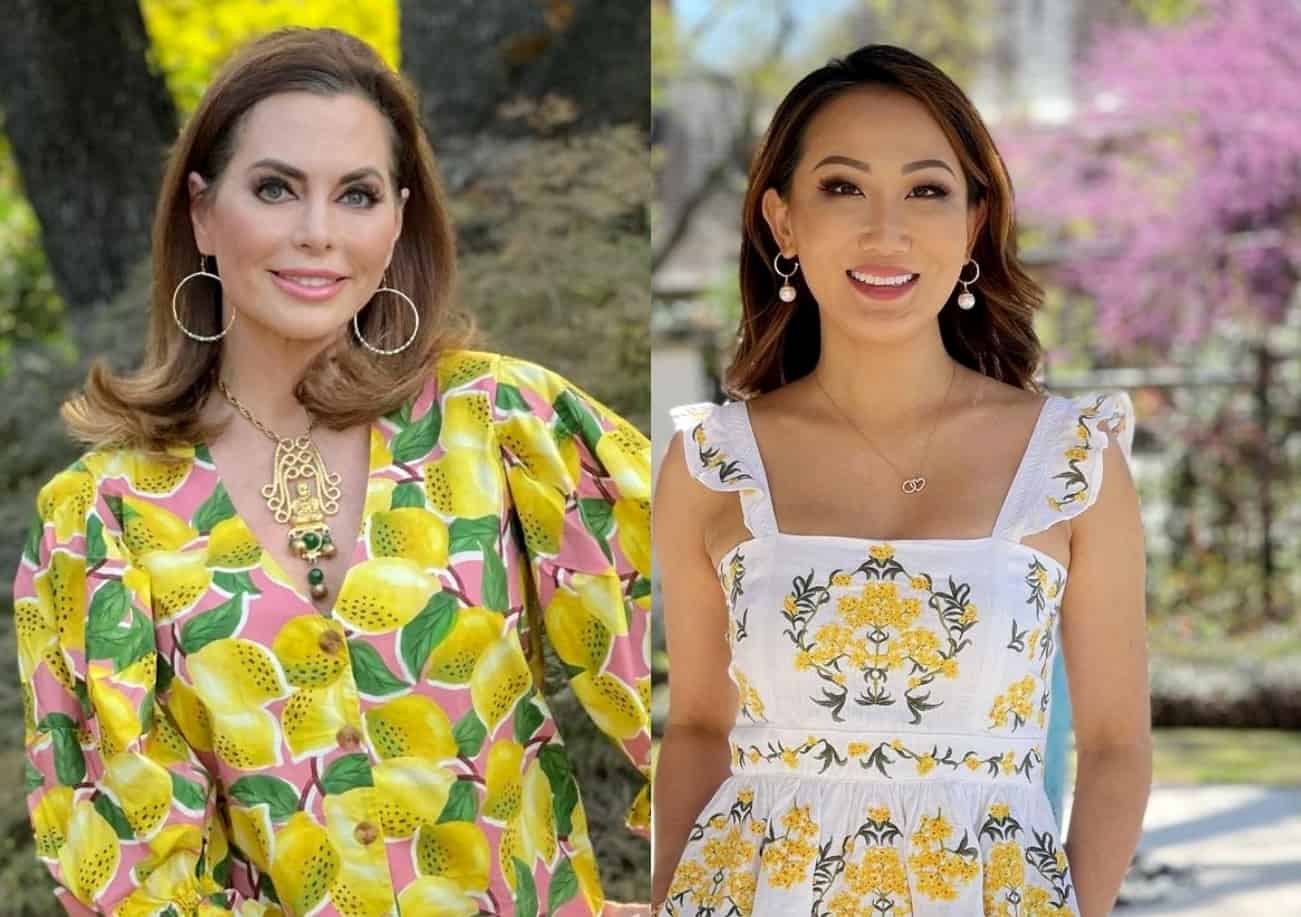 D’Andra Simmons is seemingly confirming her and Dr. Tiffany Moon‘s status for The Real Housewives of Dallas season six.

Rumors have been swirling that RHOD is undergoing a major cast shakeup ahead of next season with some reports suggesting that only three women will return.

Nevertheless, it seems D’Andra is fairly certain that she and Tiffany have secured their spots on the show judging by her response to a fan on Twitter over the weekend.

“Missing these Queens. Manifesting their season [six] returns,” the fan tweeted, along with a photo of D’Andra and Tiffany.

“We will be back soon,” the Hard Night Good Morning CEO commented, which was captured by Real Housewives Franchise on Instagram. 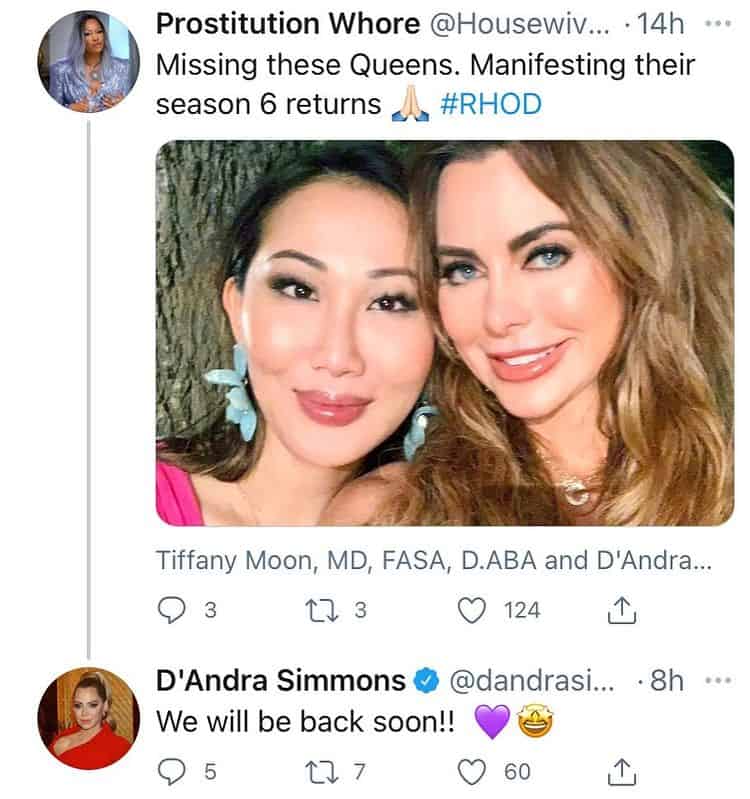 Though D’Andra deleted the comment shortly thereafter, she went on to retweet the fan’s sentiment.

As a result, fans immediately began to weigh in on D’Andra’s alleged confirmation in the comments section.

“The only [two] that should be returning,” one person wrote.

A third fan commented, “I am so glad this duo is returning love these two so much.”

“I love Tiffany but [D’andra] nah,” a fourth person wrote.

If fans recall, it was reported in June that only three season five cast members will be returning, but the women will reportedly be joined by three new additions.

The report came after Brandi Redmond seemingly announced in February that she was quitting the show, stating that she was “choosing happiness.” Then, major drama occurred between Tiffany and Kameron Westcott as the Sparkle Dog founder — along with several of her family members — accused the anesthesiologist of racism on Twitter.

Following the online feud, Tiffany changed her bio to “previous cast member” of RHOD, which led many fans to believe she was announcing her exit. But, just mere hours later, her rep denied Tiffany was quitting the show, and Bravo subsequently came out in support of the mother-of-two after the alleged cyberbullying drama.