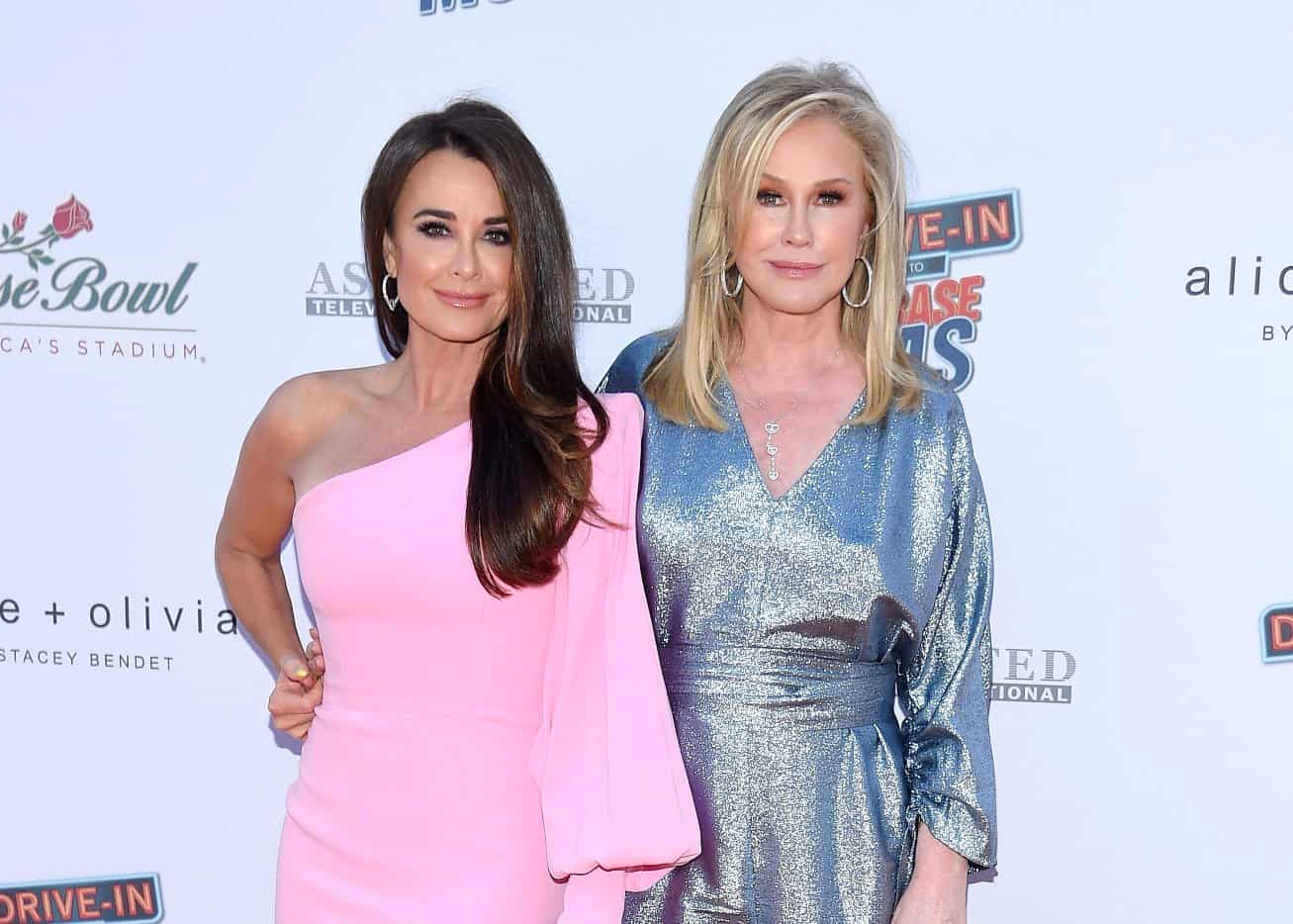 Kathy Hilton is finally opening up about her years-long feud with her sister Kyle Richards and what led to them ending their rift.

As Real Housewives of Beverly Hills fans well know, Kathy and Kyle have had their issues over the years, which Kyle has previously discussed on the show.

In 2018, the pair had a major falling out following Kyle’s decision to help produce the TV series American Women, which was loosely based on their unconventional childhood. And though their sisterly relationship seems strong now that Kathy has joined the show as a “friend,” the socialite recently broke her silence about the whole ordeal.

“Kyle and I have had our ups and downs, and if my mom was still here, it never would’ve happened. We wouldn’t have fallen out,” she told Variety on July 1. “It was frustrating because I think I could’ve had a platform if I wanted one, but I chose to keep silent.”

Kathy then shared the moment she realized she needed to end her feud with Kyle as she also admitted that their strained relationship was “heartbreaking” for her, which was especially obvious to her husband of nearly 42 years, Rick Hilton.

“We started to put the pieces back together a couple years ago I had a little birthday dinner for her here at the house,” she shared. “I started to see what I was missing out on with my nieces. Nothing should ever come between sisters. It was heartbreaking to me, and my husband could see that.”

As for why she finally agreed to join RHOBH, it seems her decision had everything to do with Kyle.

“So when the producer [Alex Baskin] asked me to do the show, he would not let up,” Kathy explained. “My family knew how much I was hurting and wanting to spend more time with Kyle. Well, guess what? Kyle is filming this show for five, six months a year.”

Kathy also addressed their falling out in June as she explained why she stopped watching the show way back in season one before revealing how grateful she is that she and Kyle were able to reconcile.

“I stopped watching it after the first season. My sister Kyle and I had our ups and downs so it was nothing that I wanted to watch,” she told PEOPLE at the time. “But Kyle convinced me to do it. And I was flattered. I thought it would be an opportunity for us to spend time together. I really missed her.”

She added, “Family is family. It takes time, but it feels so good to be where we are now. And I’ve really appreciated this time.”