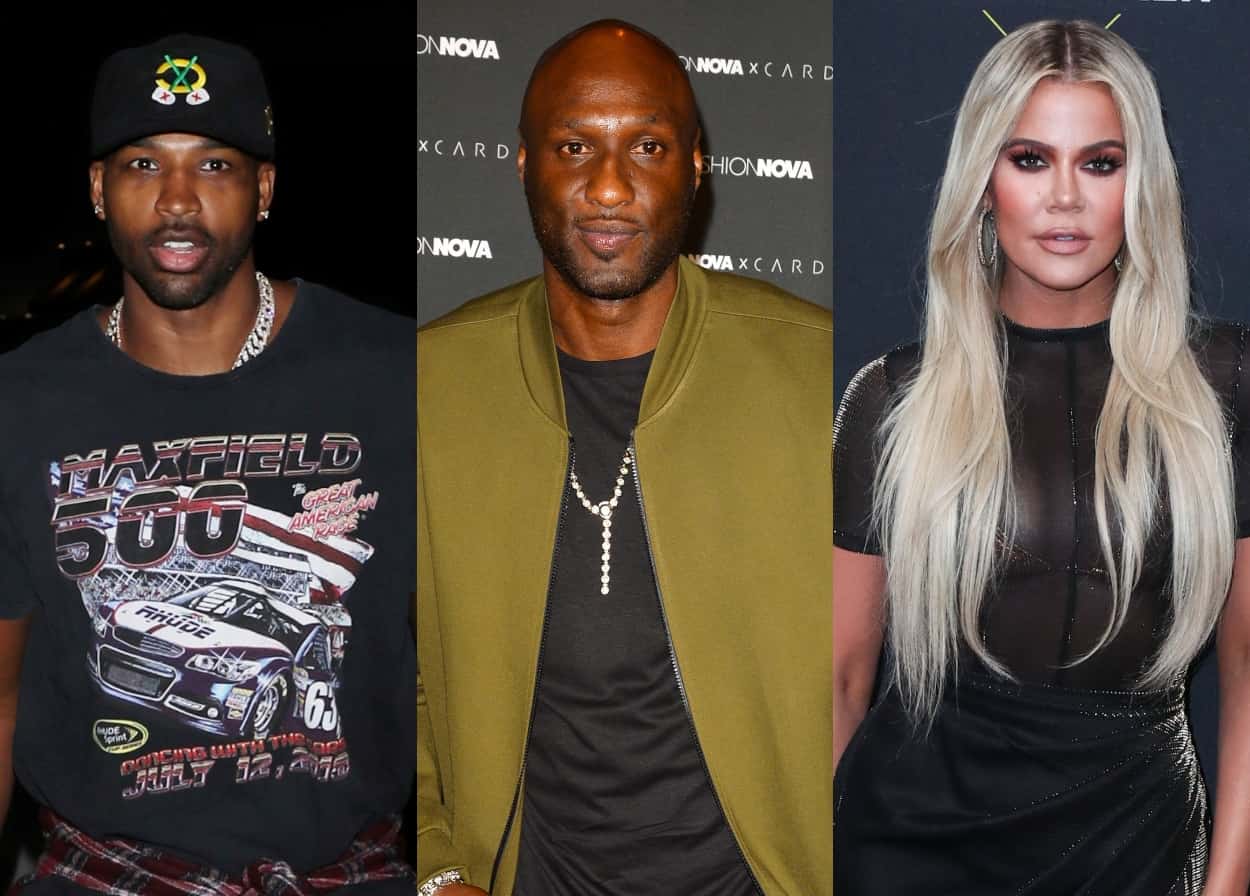 Khloe Kardashian‘s exes seemingly compete for the Keeping Up with the Kardashians alum’s attention on social media as a source claims her loyalty lies with Tristan Thompson.

Khloe posted what some may call a thirst trap on July 9 as she shared a photo of herself rinsing off under an outdoor shower while wearing a black bikini. The Good American founder’s ex-husband, Lamar Odom, took the opportunity to shoot his shot by commenting, “Hottie,” along with several fire emojis.

However, Tristan, who is the father of the star’s three-year-old daughter, True, didn’t appreciate the gesture and fired off at the former Lakers standout.

“God brought you back the first time. Play if you want, different results,” Tristan wrote in response to Lamar’s comment.

Khloe and Lamar tied the knot in a lavish ceremony in 2009, but the Revenge Body host filed for divorce in 2013. Then, she briefly withdrew the petition to serve as Lamar’s caretaker after he overdosed, but she ultimately filed for divorce again, and it was finalized in 2016.

As fans well know, Khloe moved on with Tristan the same year, and the two welcomed baby True in 2018. Unfortunately for the reality star, the Boston Celtics player was caught kissing another woman on video mere days before they welcomed their baby girl. Nevertheless, the duo worked through their issues and continued their on-again, off-again relationship — with a few more cheating scandals in between — before Khloe reportedly called it quits again last month.

Meanwhile, prior to Lamar leaving the flirty comment, a source told PEOPLE that despite Tristan’s alleged indiscretions, Khloe will always remain “very loyal” to him for the sake of their child.

“For now, Khloé is single and seems okay with it,” the insider told the outlet. “She continues to co-parent with Tristan and they spend time together as a family. Even though he has disappointed Khloe so many times, she is still very loyal to Tristan.”

In addition to her loyalty, Khloe is still very protective over the NBA star. And according to the source, she’s not shutting the door on their romantic relationship just yet.

“She doesn’t like when people criticize him,” the insider said. “He will always be special to her. It’s very possible that they will get back together eventually.”

Meanwhile, a separate source told the outlet that Tristan is “still trying to get Khloé back,” but the star’s priority is True for now.