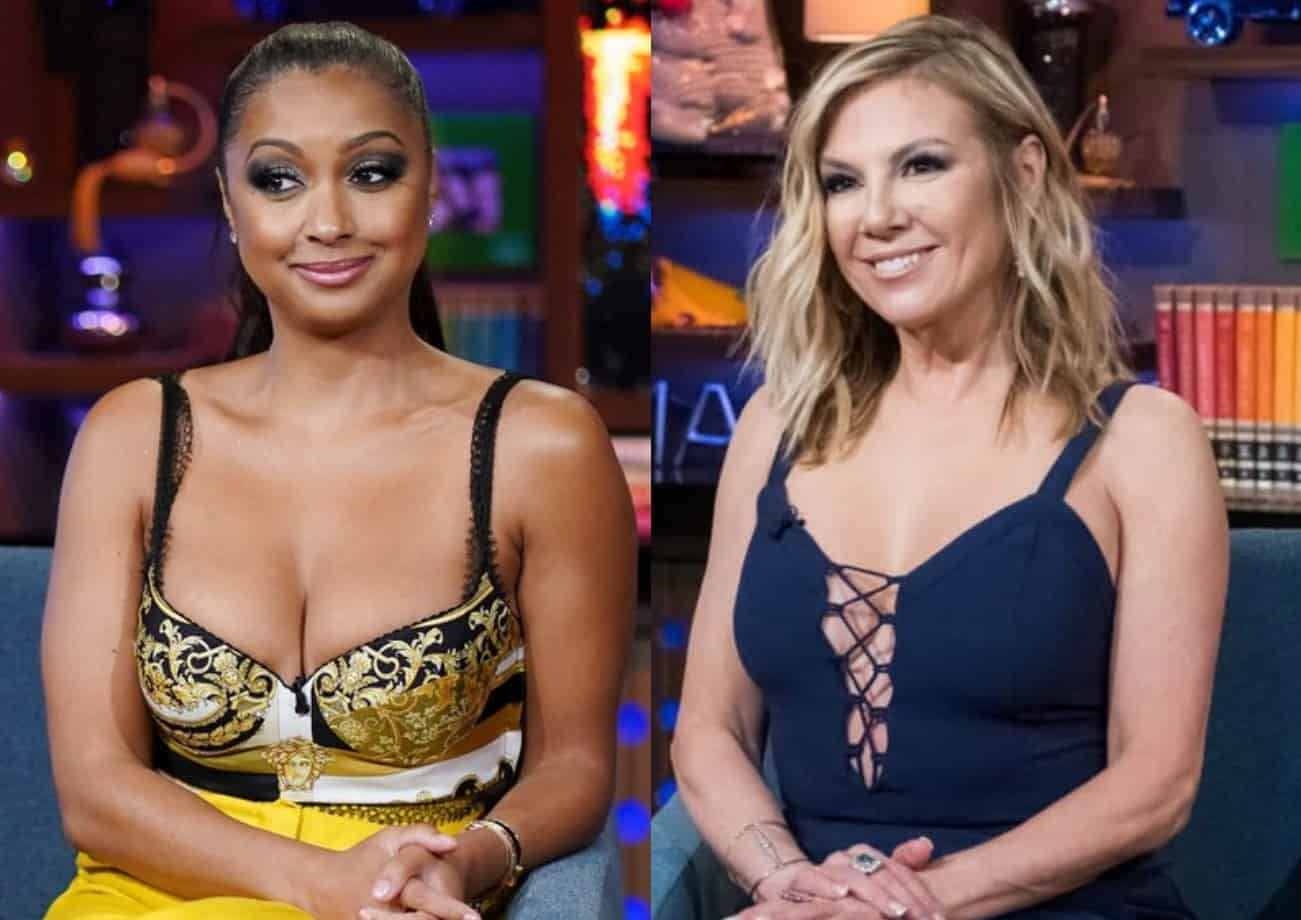 Eboni K. Williams is refusing to take the blame for Real Housewives of New York City’s low ratings as Ramona Singer finally reveals if she has been fired.

Following news that the season 13 reunion has been postponed due to poor ratings and drama among the cast, Eboni is speaking out and defending herself against the backlash she has received.

On Thursday, the attorney told TMZ that her talking about racial issues on the show has nothing to do with the ratings dip as she has no say in what makes it to air. She’s seemingly angry that producers are making her the scapegoat for their decisions.

Furthermore, Eboni argued that many heavy topics have been discussed on the show before, including alcoholism, mental health, divorce, and bankruptcy, so she doesn’t understand how addressing racial issues is different.

According to a recent report, production insiders believe fans aren’t tuning in because they’re tired of listening to Eboni preach to the other women.

“Our viewers don’t want to be lectured too. They want a fun show – tipsy, middle-aged women with money fighting about petty stuff,” a source told the Daily Mail on Wednesday. “Yes – let’s talk about the important issues facing our nation – but this cannot be the center of our show.”

The source went on to essentially slam Eboni before claiming the newbie is asking for Ramona to be demoted so she can have her time to shine.

“It’s not what our show is, but week after week, scene after scene, everyone is being schooled by a former Fox News host,” the insider said. “It is the talk of the network that Eboni is demanding that Ramona be demoted to a friend for next season as Eboni believes that the show should be centered around her going forward.”

The cast is reportedly extremely divided at this point, and Eboni seemingly backed up that notion as she said she feels several of her co-stars have “demonized” her. In addition, the Holding Court podcaster claimed there would be no need to have the conversations if the women weren’t exhibiting microaggressive behavior.

For Ramona’s part, she’s said to be confused about all the drama and the firing rumors, but she addressed the mess when a fan flat-out asked her if she has been axed.

“Did you get fired? Fans wanna know?” the person wrote via Instagram.

“Nope,” the OG responded, which was captured by Comments By Bravo.